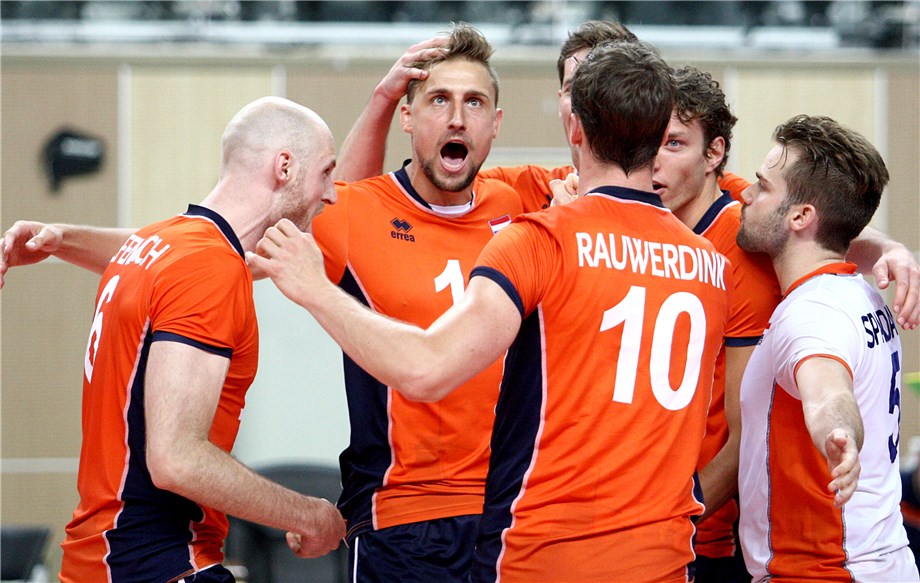 The Dutch team celebrates in the match against Czechia

Seoul, Korea, July 2, 2016 – Maarten Van Garderen and his teammates from the Netherlands made a solid step towards the FIVB Volleyball World League Group 2 finals in Portugal by mastering a 3-1 (25-20, 24-26, 25-23, 25-16) win against Czechia at the tournament in Korea.  As far as the Czechs are concerned, they are already out of contention for the finals.
Maarten Van Garderen top scored 16 points for the winners. Wouter Ter Maat added another 14 points towards the Dutch victory, while Donovan Dzavoronok was Czechia’s most prolific player with 15 points. 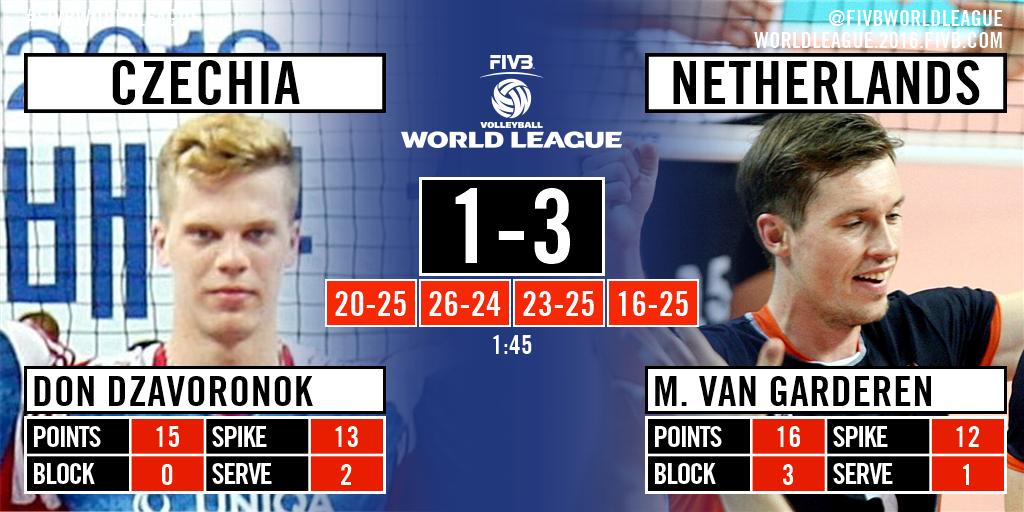 This was the Netherlands’ fifth win in six World League matches with the Czechs.
From the beginning, the Czechs and the Dutch had a close game. The Netherlands took the lead with a few unbreakable high blocks on the way to the 25-20 first set win.
But the Netherlands made a few unforced errors, including net touch, letting the Czechs take the lead.  Czechia did not waste that chance to tie the score against the Netherlands. They made a few swift attacks and back-row attacks towards the 26-24 win of the second set.
The Czech kept making continuous unforced errors on the serve and let the Dutch take the lead again with a 25-23 close of set 3.
Filip Habr’s serving error and an unforced mistake by Petr Michalek in offense marked the fourth set and the Netherlands took advantage of them secure a 25-16 set win and a 3-2 match victory over Czechia.