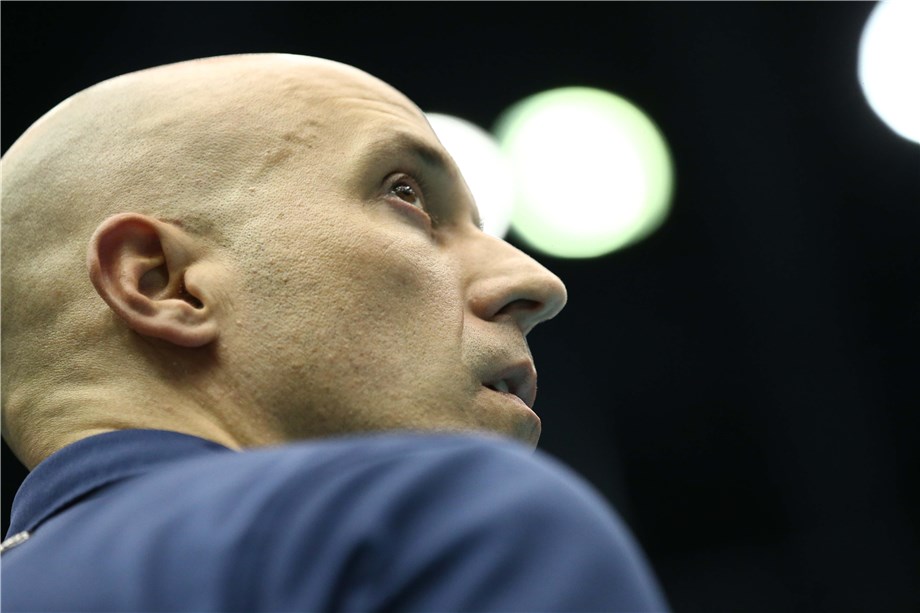 Hiroshima, Japan, September 9, 2015 - USA's successful block was the key to victory over Japan according to coach John Speraw.
USA coach John Speraw："It was a tough volleyball match tonight. Japan played good defense in the first set and forced us to play disciplined and focused volleyball. Japan served great in the second set. In the third and fourth sets our team learned about playing Japan. Better fundamentals turned the match around for us. Tonight was more about the block than the serve. Japan really played hard."
Japan coach Masashi Nambu: "Ishikawa played well yesterday so I knew the USA would try to crush him today. The level of the U.S. serve was higher than I thought. We had some trouble with serve reception. With their focus on Ishikawa we lost one attacker. We had trouble dealing with their jump float serves. Our serve reception was in disarray because of them. Our own serves are showing some results."
USA captain David Lee: "It was a good match for us. We played well for the most part. Japan played well in the second set Their defense was good in the second set and that is why we could not close them out. Japan has some good players and has a bright future."
USA player Matthew Anderson: "I think Japan played quite well. They pushed us hard. They served well. We played better defence as the match went on."
Japan captain Kunihiro Shimizu: "The first and second sets we outserved them. In the third and fourth they led and served better. If I could have scored more in the third and fourth sets we would have done better. Their strategy worked by served to the sides of our defense. With better passing we can compete with higher-ranked teams."
Japan player Hideomi Fukatsu: "If we lead or they lead it makes a big difference. If we can have the lead at the first technical timeout it gives us a better chance. That is what we should strive for going forward. In the third and fourth sets I needed to distribute the ball better."
Japan player Masahiro Yanagida: "We want to be attacking more and not receiving. In the third and fourth sets they took advantage and we could not respond. Several of us have strong serves but we could not do them in the third and fourth sets."