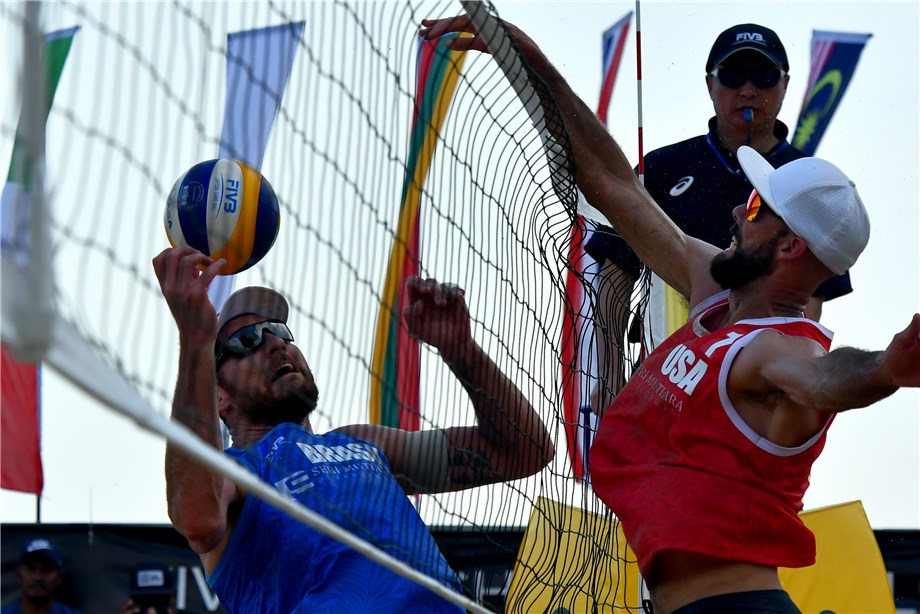 Itapema, Brazil, May 14, 2019 – Notable members of the beach volleyball elite will feature in the qualification tournament of the $300,000 Itapema Open on Wednesday, when 38 teams from 16 countries will compete at the Meia Praia Beach for eight main draw spots in the 4-Star FIVB Beach Volleyball World Tour event in Brazil.
The men’s tournament, which will see 22 tandems on the court at the Brazilian coastal city, will include the presence of reigning Olympic champion, 33-year-old Alison Cerutti, and a defending world champion, 24-year-old Andre Loyola, both of Brazil. The two were partners until last March, when they decided to go different directions.
Quick links - Beach volleyball:
FIVB Beach Volleyball World Tour - Itapema
FIVB.com - Beach volleyball
Facebook
Twitter
Instagram
Alison is now pairing with Alvaro Filho and the new team won the three-star World Tour tournament in Kuala Lumpur two weeks ago. The Brazilians, who are the top-seeded team of the Itapema qualifier, will play against Brazil’s Hevaldo Moreira/Arthur Lanci or Denmark’s Kristoffer Abell/Martin Trans.
Andre is currently sharing the courts with 22-year-old George Wanderley. The team has had back-to-back ninth-place finishes at the four-star events in Xiamen and in Kuala Lumpur and will face either Uruguay’s Marco Cairus/Mauricio Vieyto or Canada’s Jake MacNeil/William Hoey in their Itapema opener.
Volleyball 2008 Olympic champion Reid Priddy of the United States will also be in action in Itapema. He and partner Theo Brunner will face the winner of the first-round match between Japan’s Momota Shimada/Keizuke Shimizu and Canada’s Cameron Wheelan/Sergiy Grabovskyy.
Among the women, USA’s three-time Olympic and world champion Kerri Walsh Jennings and her partner, Rio 2016 Olympian Brooke Sweat, are one of the 16 teams registered to compete at the Itapema qualifier. The duo prevailed over Kelly Claes and Sarah Sponcil in two sets 2-0 (21-12, 21-14) in the American country quota and will now battle with Colombian sisters Andrea and Claudia Galindo.
“We’re very excited,” Sweat said after the country quota victory. “It was stressful, but I’m very proud about the way we handled the wind and the situation. We took care of business and that’s what we want to do every time we step on the court. It’s good to get into the tournament.” 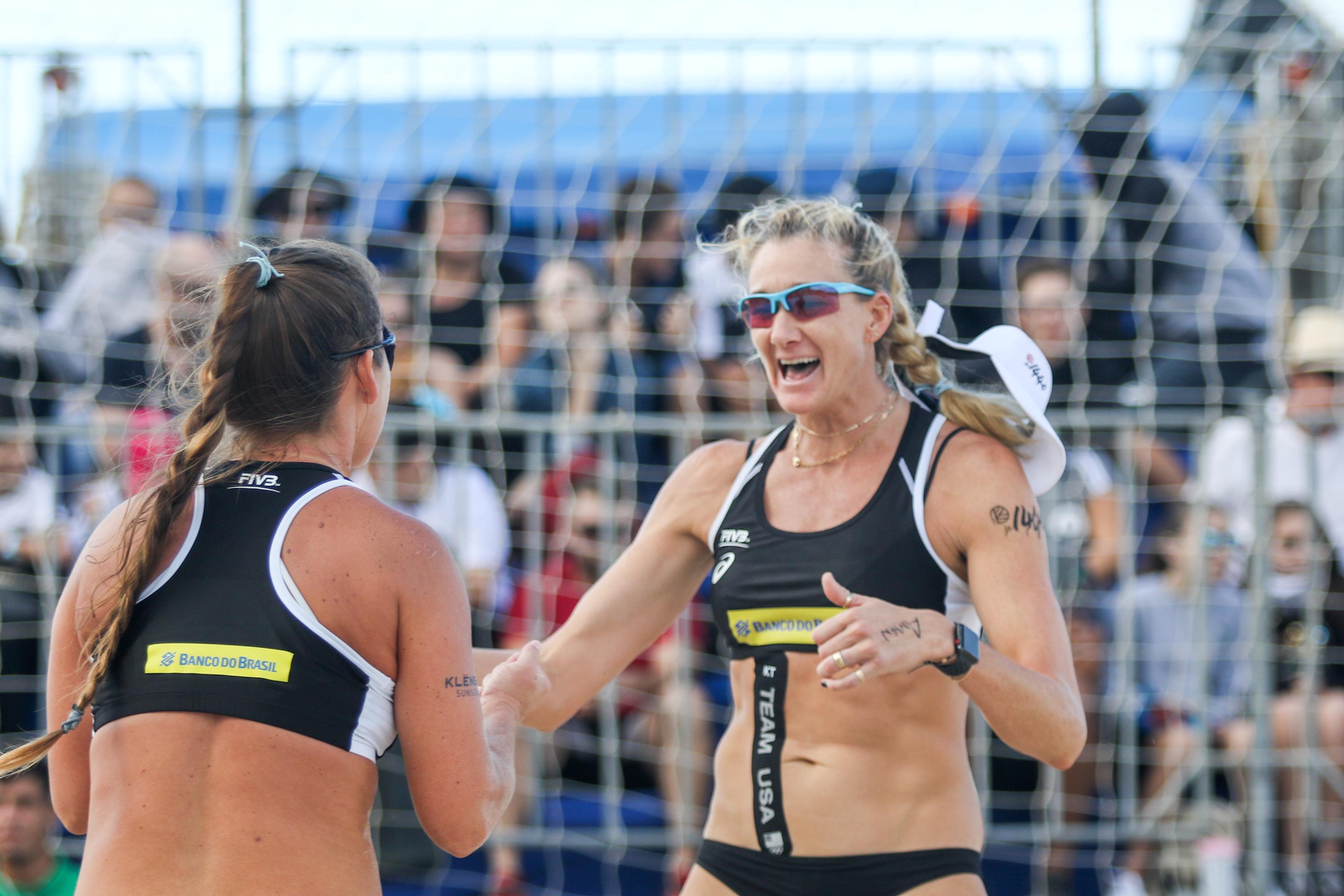 Americans Brooke Sweat and Kerri Walsh Jennings advanced from Tuesday's country quota
Brazilians Ana Patricia Silva and Rebecca Cavalcanti are the top-seeded team of the women’s qualifiers. They won gold medals in the last two World Tour events they played at, in The Hague and Xiamen, and will play against Denmark’s Simone Okholm/Helle Sondergard in Itapema.
Brazilian veteran Juliana Felisberta, a 2011 world champion and a bronze medallist from the 2012 Olympics, will return to the World Tour for the first time since May 2018 in a temporary partnership with Josi Alves. The duo will debut against fellow Brazilians Carol Horta and Angela Vieira.