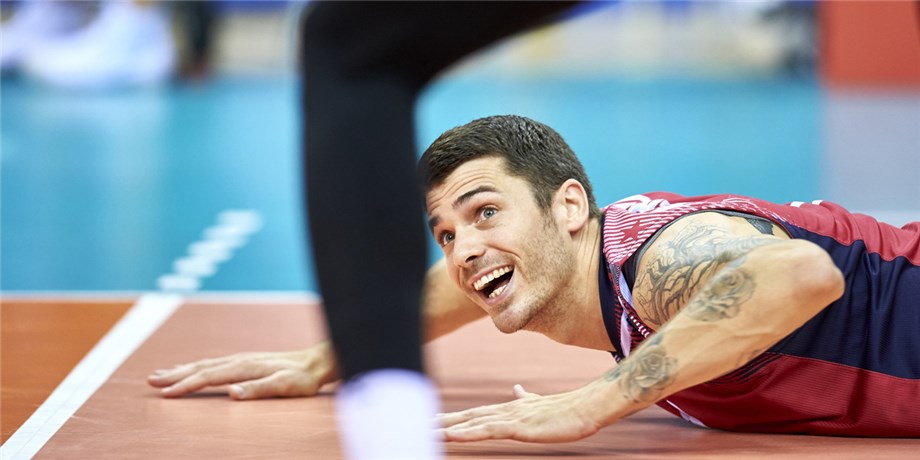 Rio de Janeiro, July 25, 2016 – Matt Anderson may have been the youngest player on the USA London 2012 Olympic Games team roster, but he comes into Rio 2016 as one of the lynchpins of the side.
The opposite spiker from Buffalo, New York claimed the MVP award at the FIVB Volleyball Men’s World Cup 2015 in Japan as he helped his side claim their ticket to Rio. However, he was first called to the national team in 2009, earning a silver medal at the 2011 NORCECA Championship, followed by a gold two years later, when he was selected as MVP of the competition. The 29-year-old also struck gold at the 2014 FIVB World League.
He should have plenty of experience of some of his pool rivals in Rio having spent a portion of his career in Europe, playing at clubs in Italy and Russia. It is the latter country where he has found most success at club level claiming two Russian Superleague titles in 2014 and 2016 with Zenit Kazan, also winning gold medals at the 2015 and 2016 European Champions League.