Tokyo, Japan, January 10, 2020 - After a hard-fought regular season of 21 games, the Japanese Women’s V1 League has finally reached its playoff rounds.
Unlike most leagues around the world, the V1 League is split into two conferences, Star and Premier. Each team plays 15 matches (against each opponent three times) within their conference and one match against each of the teams in the other conference for a total of 21 games. The top four teams in each conference advance to the Final 8, while the bottom two teams in each conference advance to the Challenge 4.

V1 League Final Standings at the end of the Regular Season

In the Premier Conference, the Denso Airybees led by Japanese national team players Yurie Nabeya and Mai Okumura have dominated their opponents to finish with the best regular season record at 18-3. The Okayama Seagulls finished in second place with a record of 15-6. The final match of the regular season featured NEC Red Rockets and two-time defending champions Hisamitsu Springs, with the winner finishing in third place in the Premier Conference. NEC swept Hisamitsu 3-0 (25-21, 25-12, 25-19) to finish third. 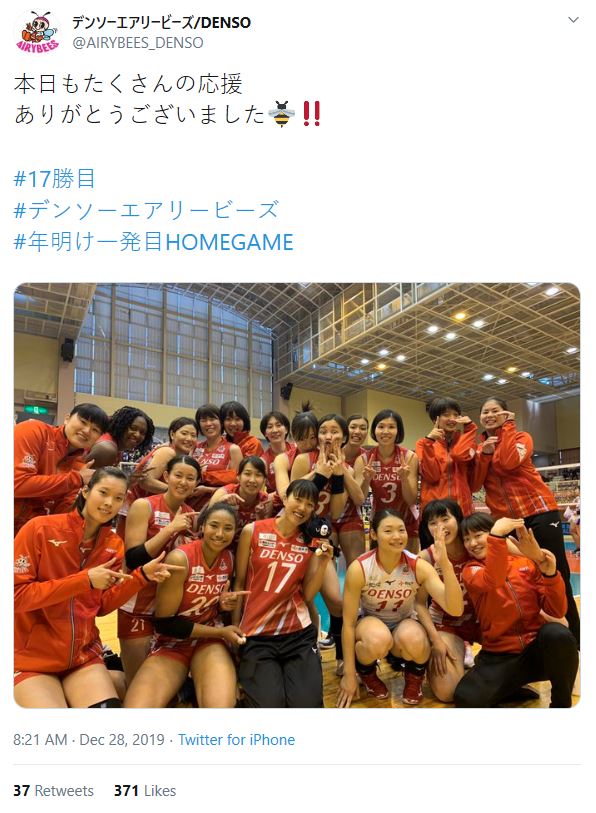 In the Star Conference, JT Marvelous led by USA national team player Andrea Drews and Japanese national team player Mako Kobata finished in first place at 17-4. In the final match of the regular season between Toray Arrows and Saitama Ageo Medics, the winners claimed second place, while the loser claimed fourth place behind Toyota Auto Body Queenseis. The Arrows swept the Medics 3-0 (28-26, 25-23, 25-22) to take second place on January 4.
The V.League awards its statistical best player awards at the end of the regular season and Toyota’s Neriman Ozsoy was the best scorer with 523 points. Denso’s Sinead Jack was the best spiker with a 52.9 per cent success rate. Hitachi Rivale’s Hannah Tapp was the best blocker with an average of 1.08 blocks per set. Drews won the best server award with 24 aces, and Hisamitsu’s Risa Shinnabe was the best receiver.
The teams that reach the Final 8 are then split into two groups (A and B) based on the results in each conference. The Group A teams will be Denso (Premier 1st place), Toray (Star 2nd place), NEC (Premier 3rd place) and Saitama (Star 4th place). The Group B teams will be JT Marvelous (Star 1st place), Okayama (Premier 2nd place), Toyota (Star 3rd place) and Hisamitsu (Premier 4th place). Before play begins, the teams will be awarded advantage points to start the Final 8 based on their regular season finish in each conference. First place teams will be awarded 3 advantage points, second place teams 2 points, third place teams 1 point and none to those in fourth place.

So, at the beginning of the Final 8, here are the standings for each group with advantage points.

In the Final 8, each team will play three matches in total against the other clubs in the group. Matches will have awarded points (in addition to the advantage points) based on the result of the match and the two teams with the most points in each group will advance to the semifinals. If teams are tied on points, then the team with the most wins will advance. If they are tied on wins, then set ratio and points ratio will be used to determine the team that will advance.

The standings at the beginning of the Challenge 4 with advantage points are as follows: 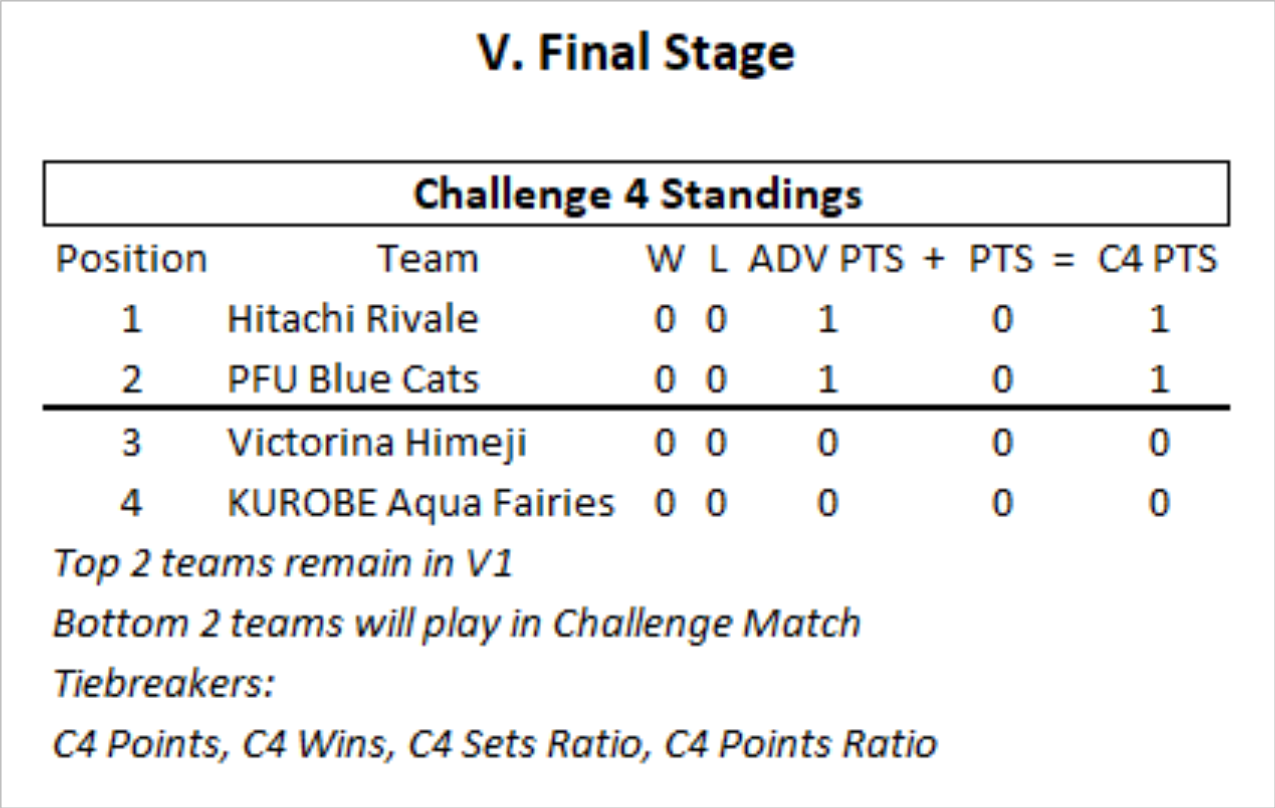