Kazan, Russia, May 13, 2020 – Evgeniya Startseva, the Best Setter of the London 2012 Games, looks forward to her second Olympic participation next year in Tokyo and hopes Russia will be strong enough to collect some of the top honours in the Japanese capital.

Kazan, Russia, May 13, 2020 – Evgeniya Startseva, the Best Setter of the London 2012 Games, looks forward to her second Olympic participation next year in Tokyo and hopes Russia will be strong enough to collect some of the top honours in the Japanese capital.
“For me, the postponement of the Games was expected and I can’t say if I was upset or pleased when it was announced. I just took it as a necessary thing,” the 31-year-old captain of the Russian national team said in an interview for olympic.ru, the official website of the Russian Olympic Committee. “I hope our team takes advantage of this additional time of one year to get better and be able to fight for the highest awards.”
After celebrating a golden double with Dinamo Kazan in the Russian club season and an individual MVP award in the Russia Cup, Startseva extended her contract with the team for another two seasons.
“I know some athletes were going to end their playing careers after the Olympics, so the decision to reschedule must be tough on them. But I signed with Dinamo for another two years, and whether it was this summer or next summer, in either case I would have been preparing to play at the Games,” the 1.85m-tall playmaker pointed out. “I like going to Japan, I like playing in Japan and I am very glad that the Olympic Games will be held in Tokyo.”
Startseva thinks the national team has already shown progress under head coach Sergio Busato, who led the Sbornaya to an FIVB Volleyball World Cup 2019 bronze in Japan shortly after being appointed to the job.
“It seems to me that the team looked more lively and emotional. So we are all glad that Sergio was picked as head coach,” she commented. “He is a professional in his field and he is easy to work with. Although he is Italian, we understand him perfectly.” 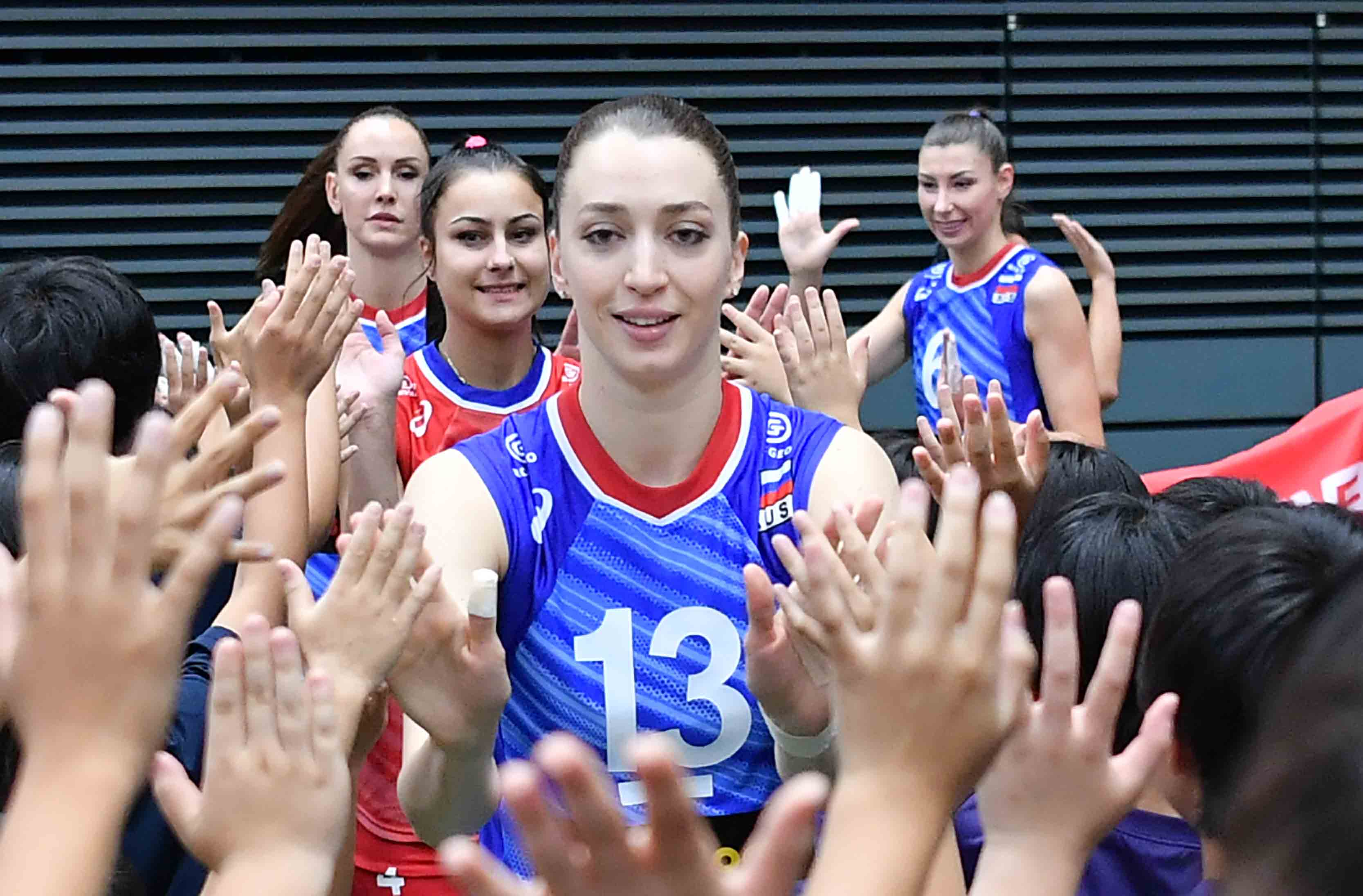 Captain Startseva leads Russia to the court at the World Cup 2019
With the Russian national team, Evgeniya Startseva won gold at the 2010 FIVB Volleyball World Championship and the 2015 CEV Volleyball European Championship. She was named Best Setter of the 2012 Olympic tournament, although her side did not make the semifinals following a dramatic five-set loss (21-19 in the tie-breaker) to the champions-to-be Brazil in the quarters.
“The World Championship is a very important event, but the Olympic Games stand out. It is already an achievement to simply participate, but you still want to win, get medals. I had only one such experience as I could not go to Rio, unfortunately. The London Games is primarily associated with one match - our quarterfinal against Brazil. There was little joy left, only sadness. I left London with tears in my eyes. Although many years have passed, I still remember the game,” Startseva admitted. 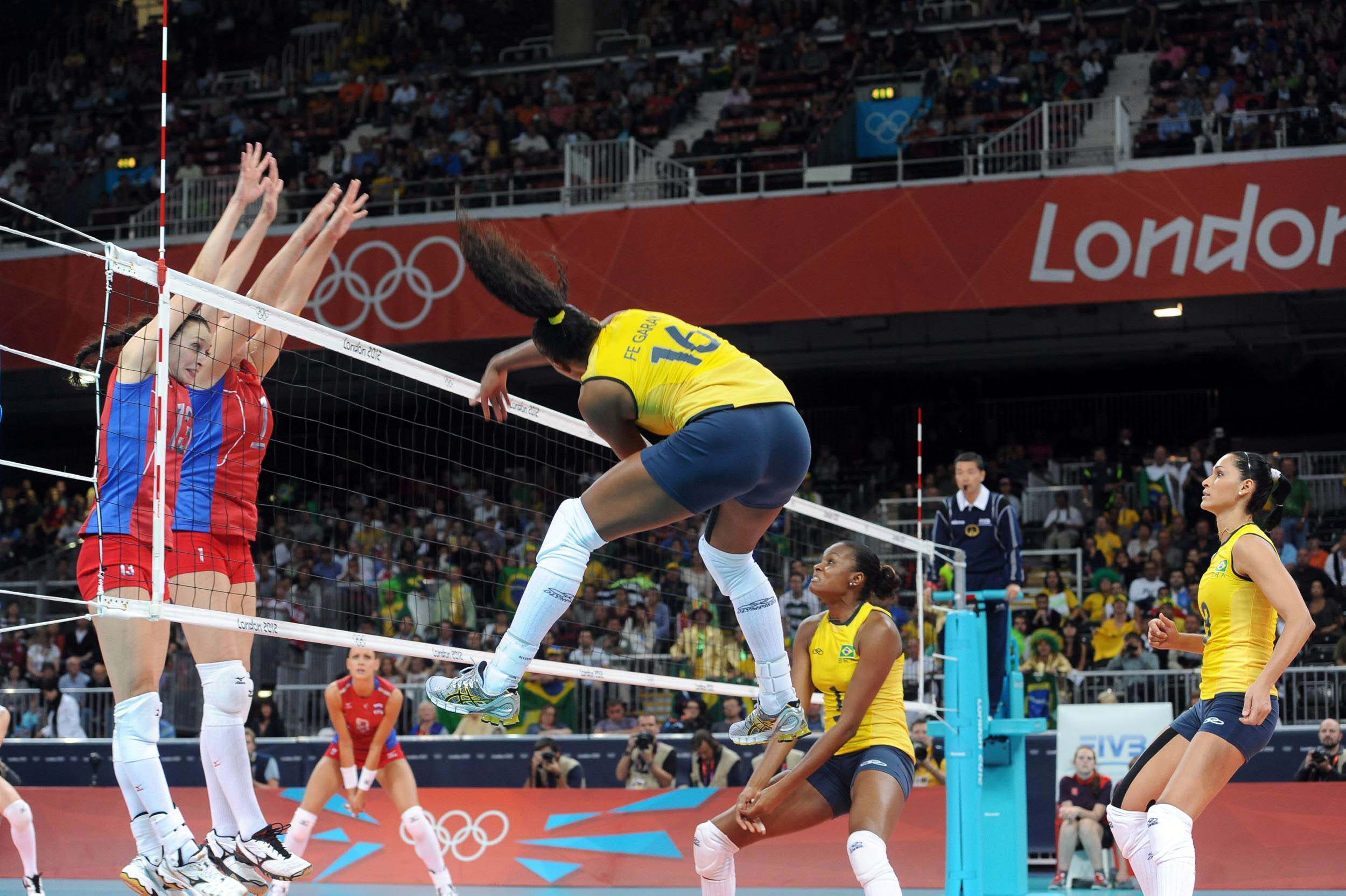 Startseva on the block against Brazil’s Fe Garay at the London 2012 Olympics
The Russian setter, who has been with Dinamo Kazan since 2012, has also had a brilliant club career. She was part of the squad that won both the FIVB Volleyball Women's Club Word Championship and the CEV Champions League in 2014, as well as the CEV Cup in 2017. With this past season’s golden double, Startseva is now a four-time national champion and four-time national cup winner.
The latest title came after the Superliga playoffs were interrupted by the coronavirus pandemic and Dinamo were announced champions based on the regular season standings.
“Yes, the emotions were not the same as we wanted to earn the title on the court, but it happened differently. However, people still called and congratulated us. So I'm happy for my team. We played a good championship, looked very strong at the end, and I believe we deserved the title,” Startseva said. 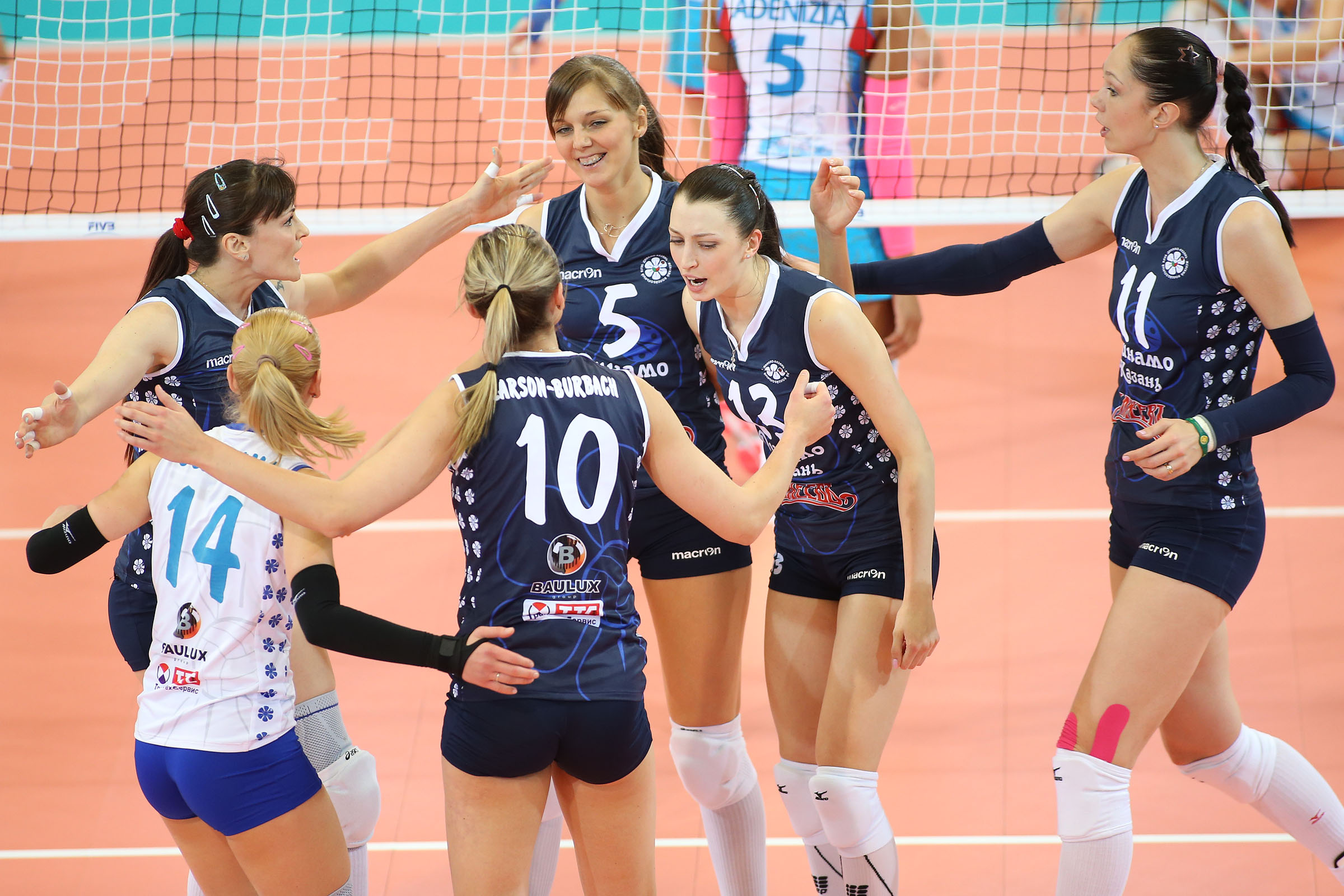