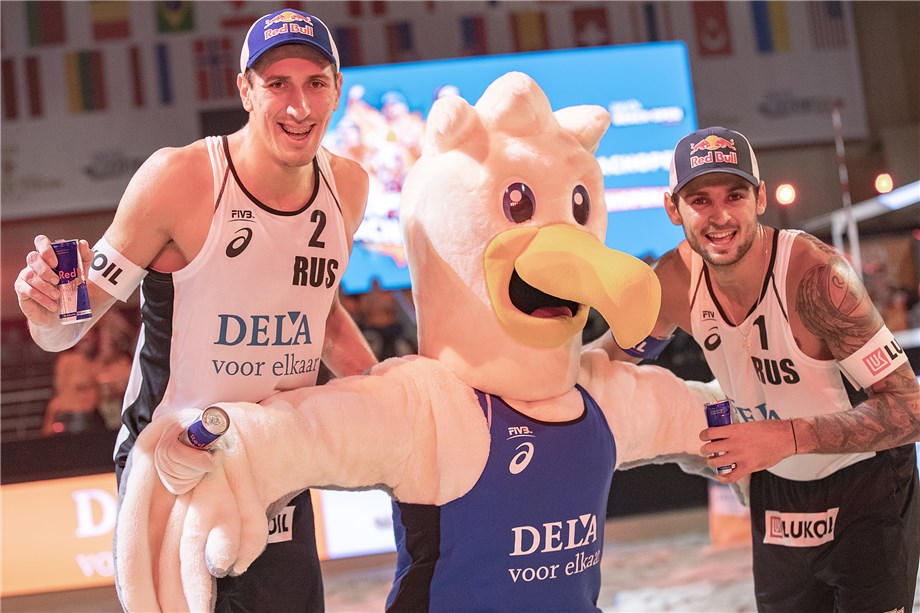 The Hague, the Netherlands, January 5, 2019 – Oleg Stoyanovskiy and Viacheslav Krasilnikov knocked out the FIVB Beach Volleyball World Tour number one side Anders Mol and Christian Sorum to reach the 4-Star Dela Beach Open gold medal match on Saturday.
The Russian pair were in total control against the Norwegians and won 2-0 (21-12, 21-13). The win sets up an all-Russian semifinal on Sunday against Konstantin Semenov and Ilya Leshukov after they defeated Poland’s Piotr Kantor and Bartosz Losiak 2-0 (21-18, 21-14).
Watch video - FIVB YouTube channel

The other semifinal will be between the Netherlands' Alexander Brouwer and Robert Meeuwsen, and Germany’s Julius Thole and Clemens Wickler.
Brouwer and Meeuwsen beat Switzerland’s Mirco Gerson and Adrian Heidrich 2-0 (21-17, 21-19), while Thole and Wickler defeated Brazil’s Bruno Schmidt and Pedro Solberg 2-0 (21-19, 21-9).
Stoyanovskiy and Krasilnikov teamed up in October and are now in line for a third FIVB Beach Volleyball World Tour medal in three tournaments.
“It is a really big victory for us because they are number one in the world and it is a really good feeling to beat them,” Stoyanovskiy said. “We didn’t come with any goals, just to have fun and beat as many teams as possible.
“I get on well with Viacheslav as he is a special player and we get on well.”
Quick links - Beach volleyball:
FIVB Beach Volleyball World Tour
FIVB.com - Beach volleyball
Latest Videos
Facebook
Twitter
Instagram
Semenov and Leshukov paired up at the start of 2018 and have already won three World Tour medals, including gold at their most recent tournament, the Yangzhou 4-Star in October.
“They are a good team, but we got our tactics right, though at times we got lucky,” Leshukov said. “It will be a good Russian derby, as we know them well. We train with them and hang out together off the court, so it will be a good derby tomorrow.” 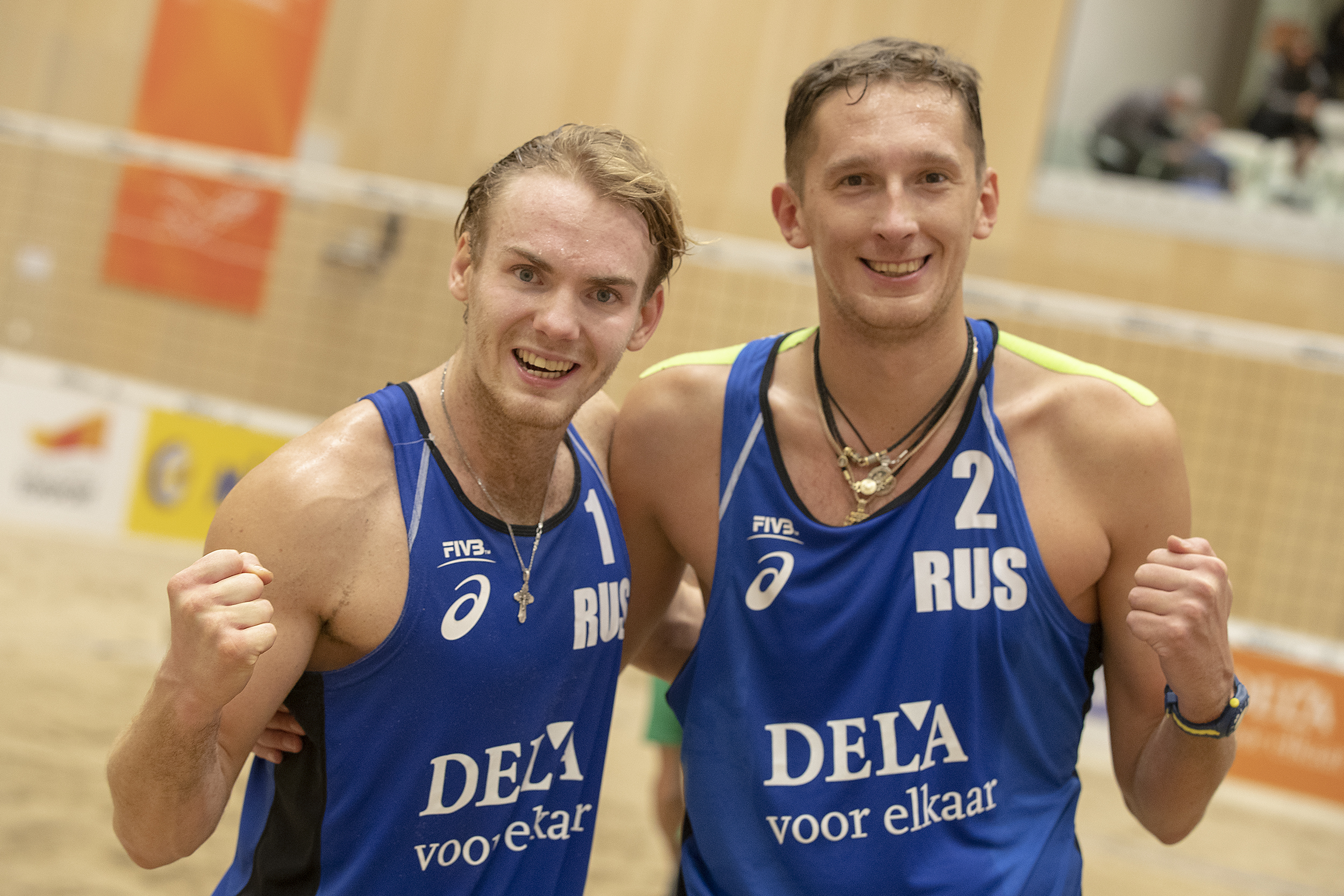 Ilya Leshukov (left) and Konstantin Semenov celebrate their win in The Hague
The tournament runs from January 2-6 and is being played on indoor beach courts at the Sportcampus Zuiderpark. It is the second year in a row that The Hague has hosted a tournament at this time of year and it has proved popular among the players who are able to compete at a top-level tournament when they would normally be involved in warm weather training.