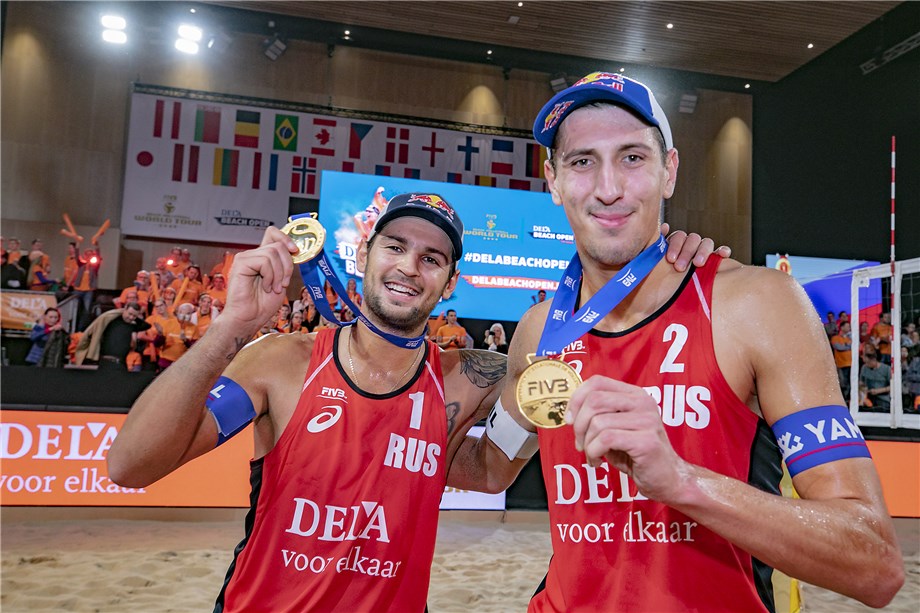 The Hague, Netherlands, January 6, 2019 – Oleg Stoyanovskiy and Viacheslav Krasilnikov enjoyed an early Christmas present when they won their first FIVB Beach Volleyball World Tour gold medal, at the 4-Star Dela Beach Open on Sunday.
The Russian duo defeated the German pair Julius Thole and Clemens Wickler 2-0 (21-11, 21-18) one day before the Orthodox Church celebrates Christmas.
They were one of two Russian teams to win a medal and theirs came after Konstantin Semenov and Ilya Leshukov won men’s bronze.
“It wasn’t very simple because the Germans have a very good service and put pressure on us all game,” Stoyanovskiy said.
“We don’t have time to celebrate because we have to go to our first training camp, so I don’t think it will be a big party.”
Quick links - Beach volleyball:
FIVB Beach Volleyball World Tour
FIVB.com - Beach volleyball
Latest Videos
Facebook
Twitter
Instagram
For Stoyanovskiy and Krasilnikov the gold medal is their third in three World Tour tournaments since they teamed up at the end of 2018.
In October they won medals in back to back tournaments, silver at the Yangzhou 4-Star and bronze at the Las Vegas 4-Star.
“We’ve had three unbelievable days here in The Hague and now three unbelievable tournaments,” Stoyanovskiy said. “He is the best and nothing more needs to be said.”
It is Thole and Wickler’s second World Tour medal and will sit alongside the bronze they won at the 4-Star Espinho tournament in 2018.
The pair enjoyed a productive 2018 and they underlined their potential when they finished fourth at the Hamburg 2018, FIVB Beach Volleyball World Tour Finals.
Semenov and Leshukov won bronze when they held their nerve in the third set to beat Dutch team Alexander Brouwer and Robert Meeuwsen.
The Russians prevailed 2-1 (21-17, 14-21, 15-12) to add Dela Beach Open bronze to the two World Tour golds and one bronze they won in 2018, their first season in tandem.
“It was a terrible second set, but they played well,” Semenov said. “Then 5-2 was not a good start to the third set but we are very happy in the end. It is a good feeling to finally beat this team now.
“We started at the beginning of the previous season and we had some problems as it was Ilya’s first season at this high level. But now he is up, up, up and he was the best defender in the European Championships and it is good for me.”
The tournament ran from January 2-6 and was played on indoor beach courts at the Sportcampus Zuiderpark. It was the second year in a row that The Hague has hosted a tournament at this time of year and it again proved popular among the players who were able to compete at a top-level tournament when they would normally be involved in warm weather training. 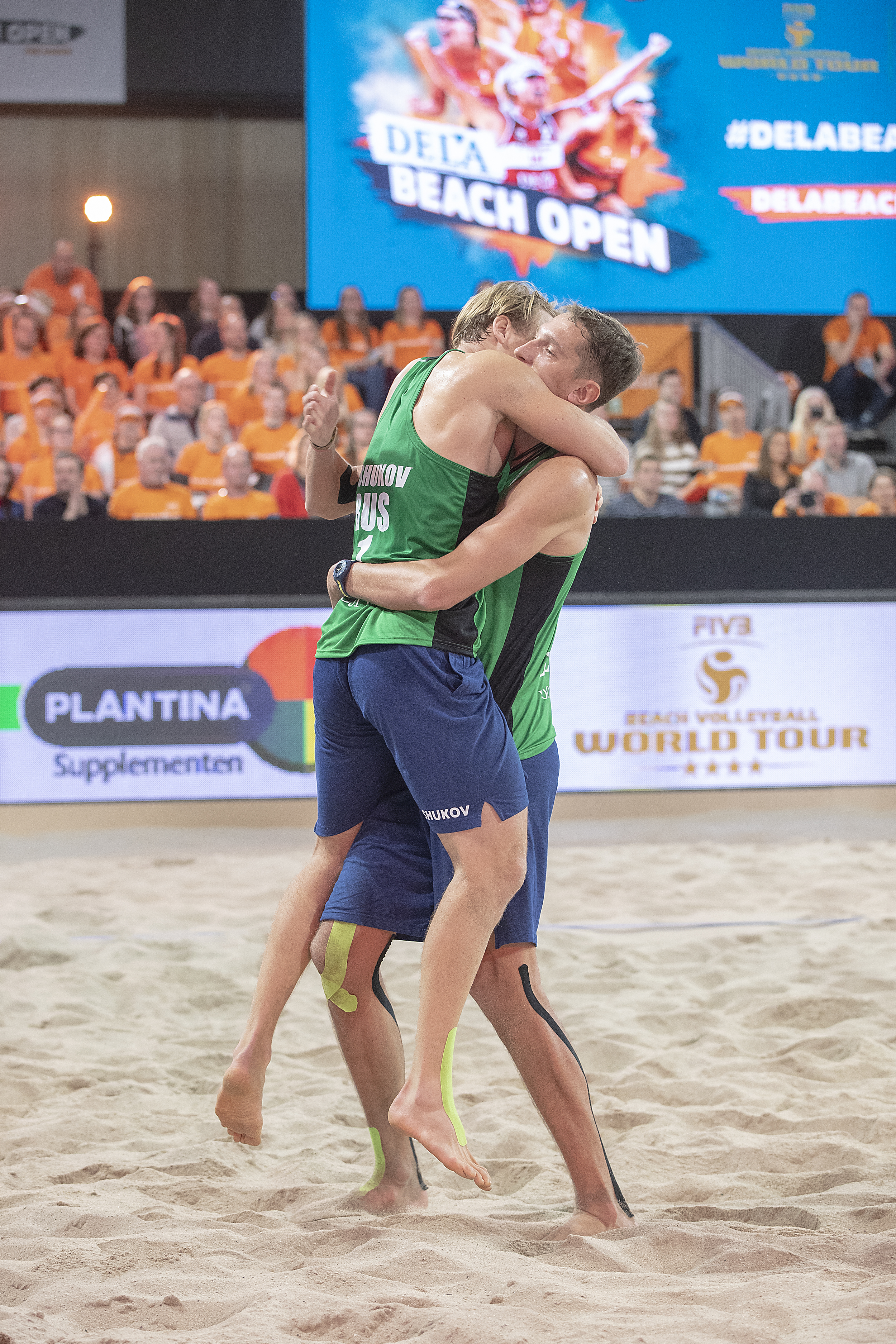