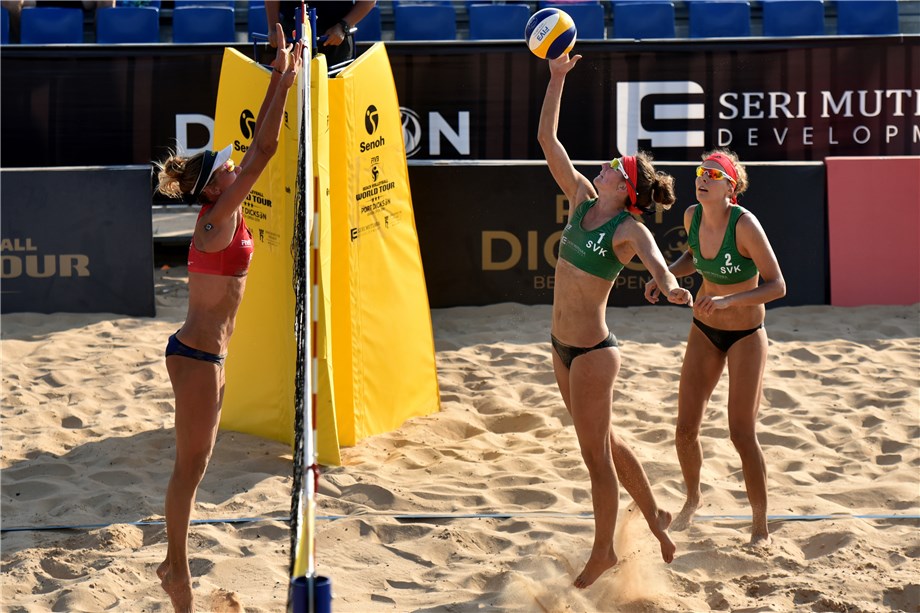 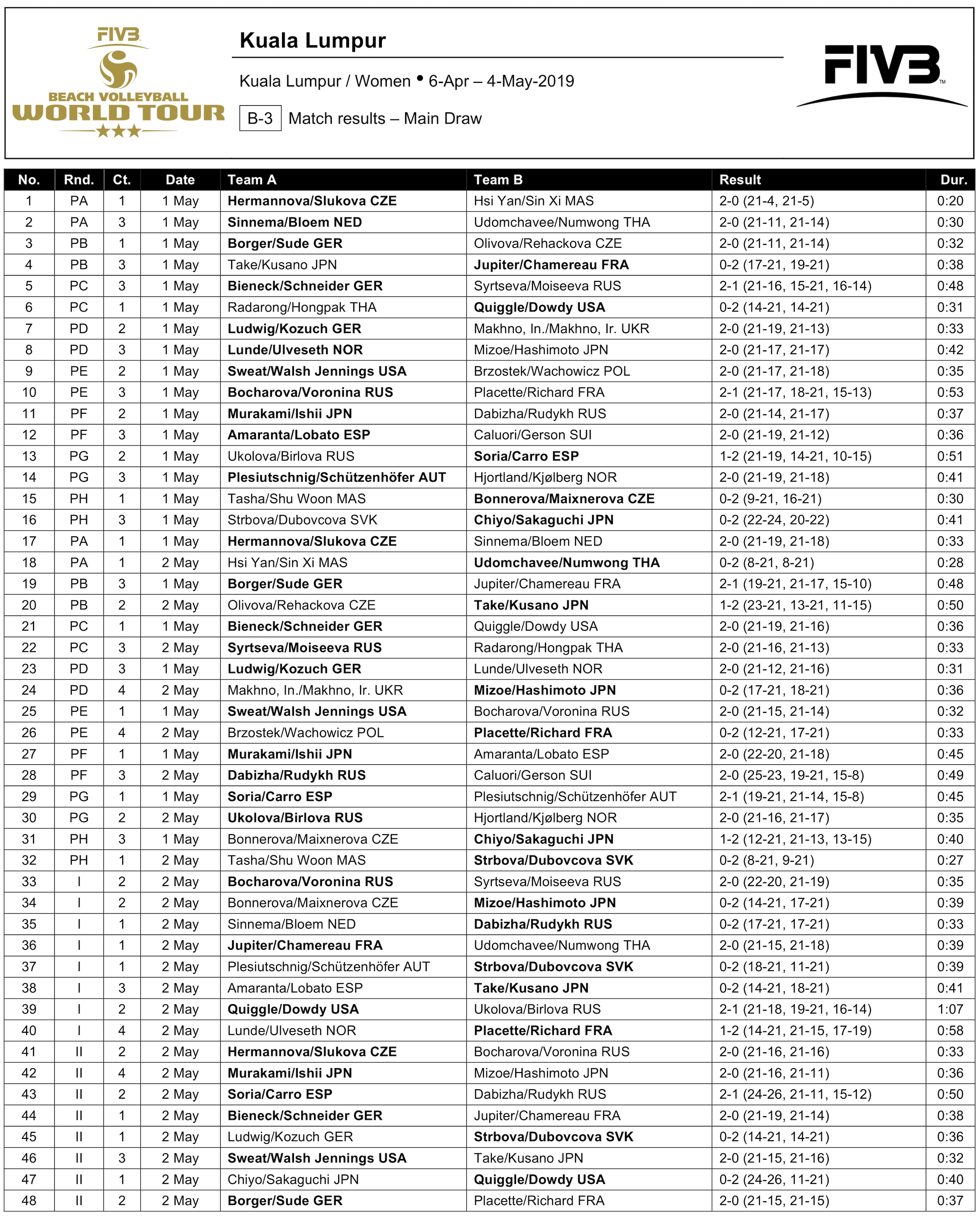 Strbova and Dubovcova started their day with a 2-0 (21-8, 21-9) win over Malaysia’s Tasha Mae and Shu Woon Joo in the remaining match of Pool H, then defeated Lena Plesiutschnig and Katharina Schutzenhofer 2-0 (21-18, 21-11) in the first round.

In their third match, they faced fourth seeds Laura Ludwig and Margareta Kozuch for the quarterfinal spot and the Slovakian pair stepped up to the challenge as they eliminated their German rivals in convincing fashion at 2-0 (21-14, 21-14) in 36 minutes.

“We lost our first match in pool play, so we had to win three matches in a row today,” Dubovcova said. “We did it and we feel great about it. It’s great that we have shown that we could play in these hot weather conditions and I just couldn’t describe how great it feels to beat an Olympic champion.”

“We both served really well to put them under pressure. We defended a lot of balls and stayed consistent in our reception.”

“We had a long day and warming up in this weather was hard,” Strobova added. “But beating a team with Laura Ludwig is such a rewarding feeling.”

Brooke Sweat and Kerri Walsh Jennings along with fellow Americans Corinne Quiggle and Amanda Dowdy remained in the race for the Kuala Lumpur 3-star medals.

Sweat and Walsh Jennings won their match in straight sets against Japanese pair Takemi Nishibori/Ayumi Kusano, while Quiggle and Dowdy earned their spot with a three-set win against Russians Evgenia Ukolova and Ekaterina Birlova and a two-setter against Japanese Chiyo Suzuki and Yurika Sakaguchi.

Pool play winners Megumi Murakami and Miki Ishii of Japan and Paula Soria and Maria Belen Carro of Spain also kept their momentum in the second round with 2-0 and 2-1 victories, respectively.