Stubbe and Meppelink triumph with home gold in Aalsmeer 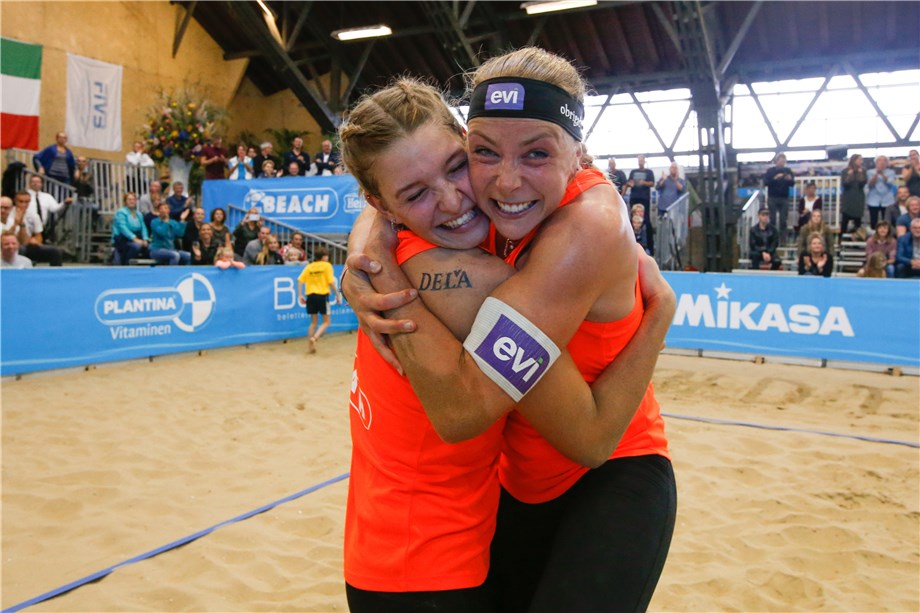 Aalsmeer, Netherlands, October 29, 2017 – The Netherlands’ Joy Stubbe and Madelein Meppelink cruised unbeaten all the way through the final of the women’s tournament in Aalsmeer on the 2018 FIVB Beach Volleyball World Tour to delight the home crowd at The Beach Indoor Center with the gold. For 20-year-old Stubbe this is the first medal on the World Tour, while for two-time Olympian Meppelink the first place in Aalsmeer is her second after winning the Corrientes Grand Slam, and overall 11th FIVB podium finish.
Quick links - Beach volleyball:
FIVB Beach Volleyball World Tour - Aalsmeer
FIVB Beach Volleyball World Tour
FIVB.com - Beach Volleyball
Latest Videos
Facebook
Twitter
Instagram
Media Guides
In an exciting women’s final on Sunday afternoon, the home pair overcame the tough resistance from Germany’s Kim Behrens and Sandra Ittlinger to emerge victorious with a 2-0 (21-18, 21-18) win. 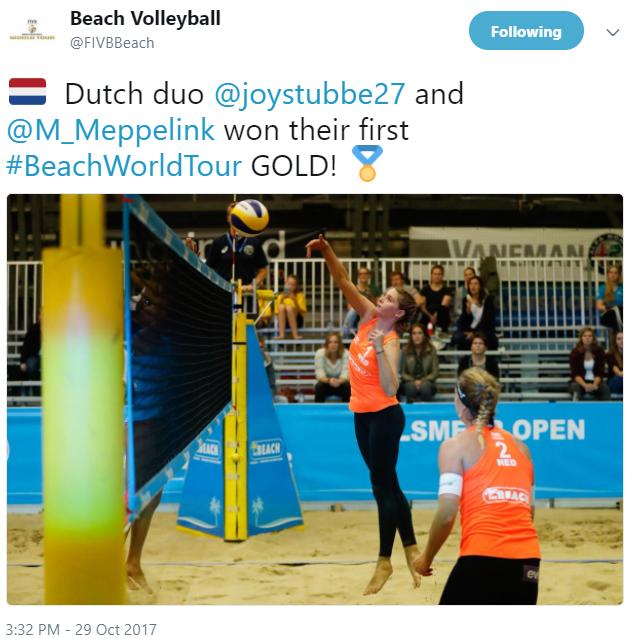 In both sets the Germans maintained a slight lead, but in the conclusive moments, the top seeds lived up to their status to turn the events on the sand court in their favour. In a particularly exciting ending of the second set, Stubbe and Meppelink managed to score five in a row from 16-18 to 21-18, with Meppelink serving and single-handedly scoring the winning point with a kill block. 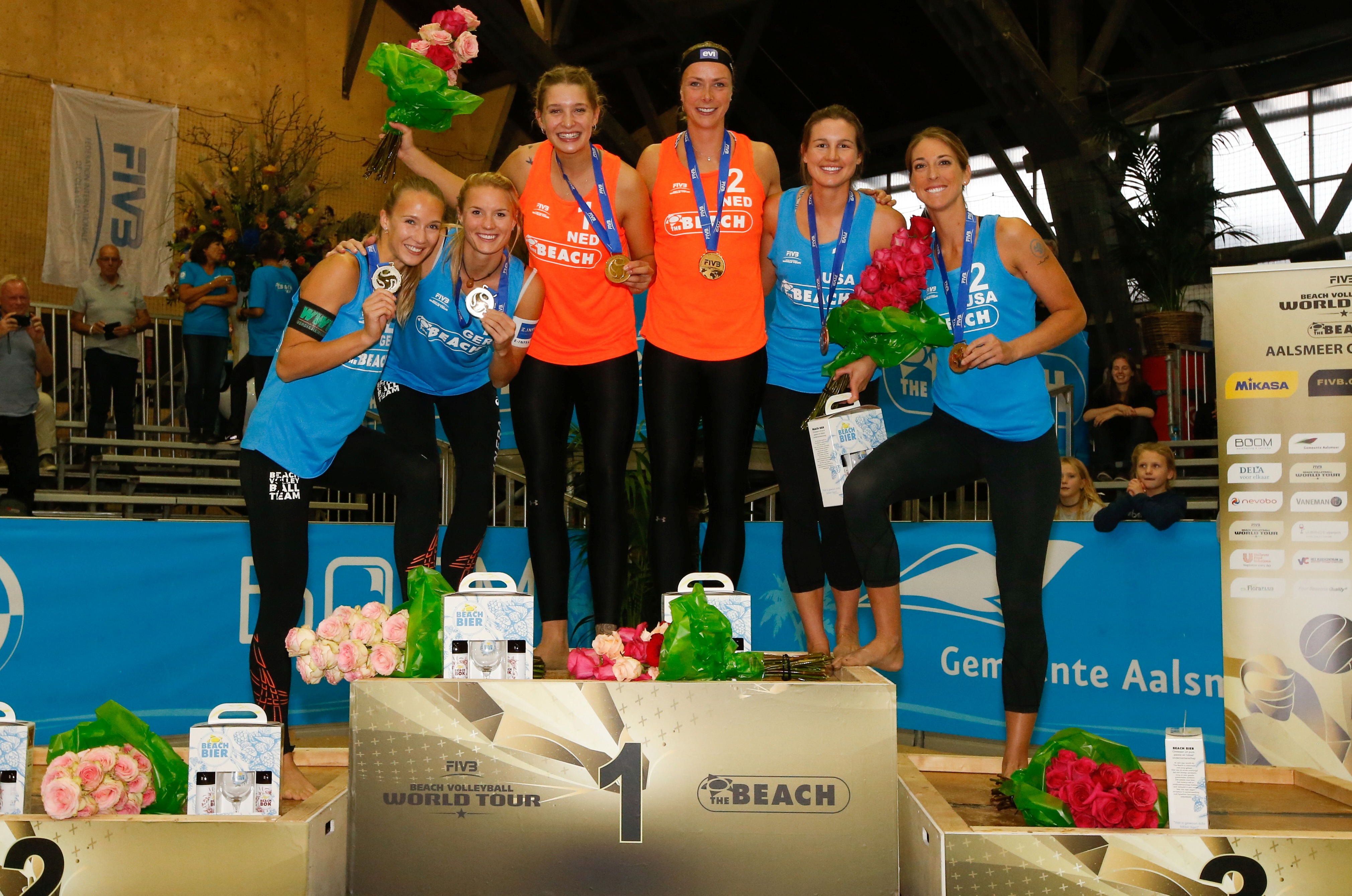 The women's podium in Aalsmeer
For Kim Behrens and Sandra Ittlinger this is the first medal as a team. However, Behrens has two silvers to her name, both from 2017 one-star events (Shepparton and Monaco), and both in partnership with Anni Schumacher. 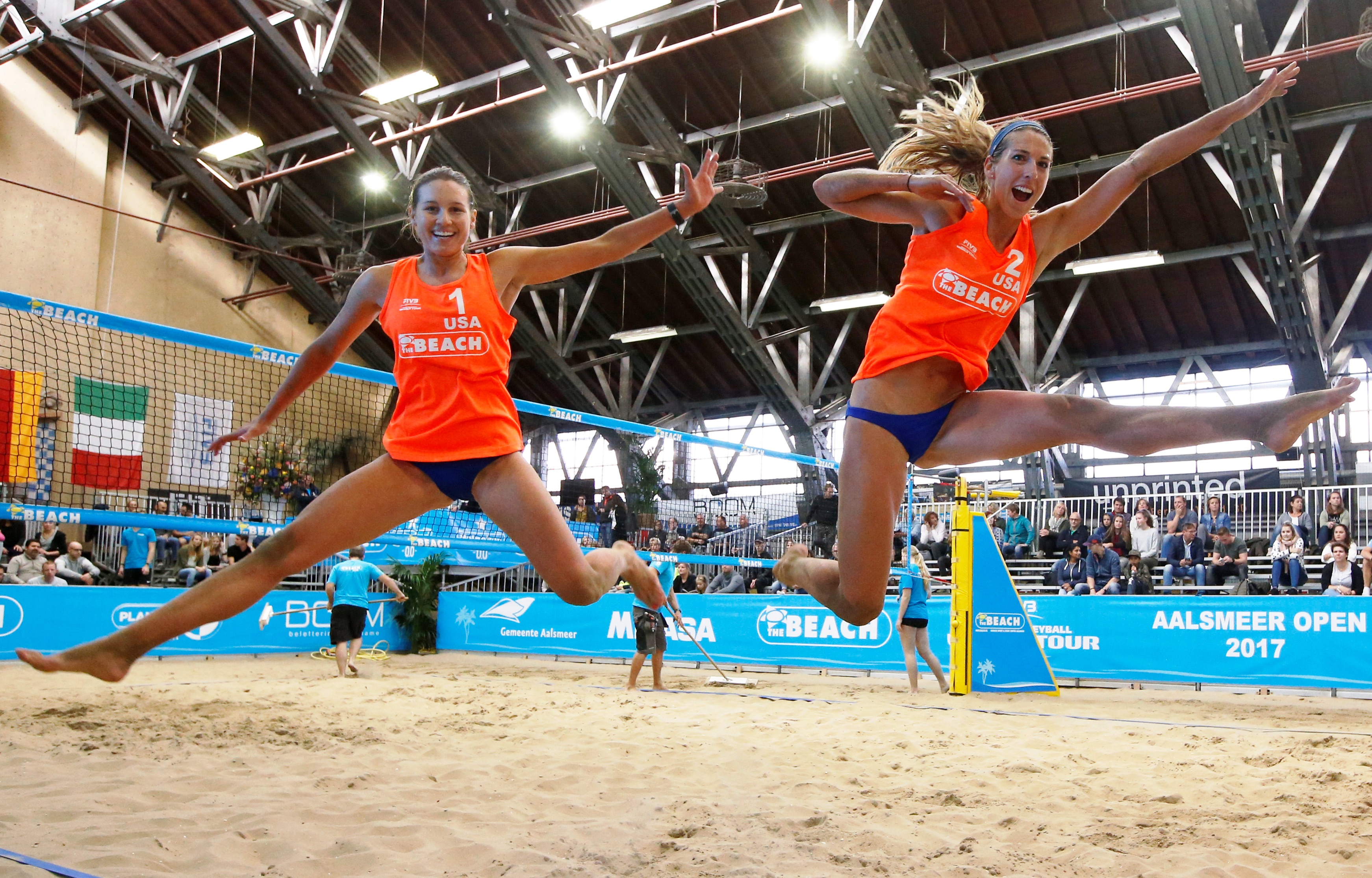 USA’s Betsi Flint and Kelley Larsen jump with joy for winning bronze in Aalsmeer
The bronze medals went to USA’s Betsi Flint and Kelley Larsen. In the third place match at The Beach, they had no easy task against Japan’s Miki Ishii and Megumi Murakami, but managed to come out on top with a 2-0 (25-23, 21-18) shutout. This is the third medal for the American duo on the World Tour after snatching gold in Nanjing and Ulsan earlier in 2017. 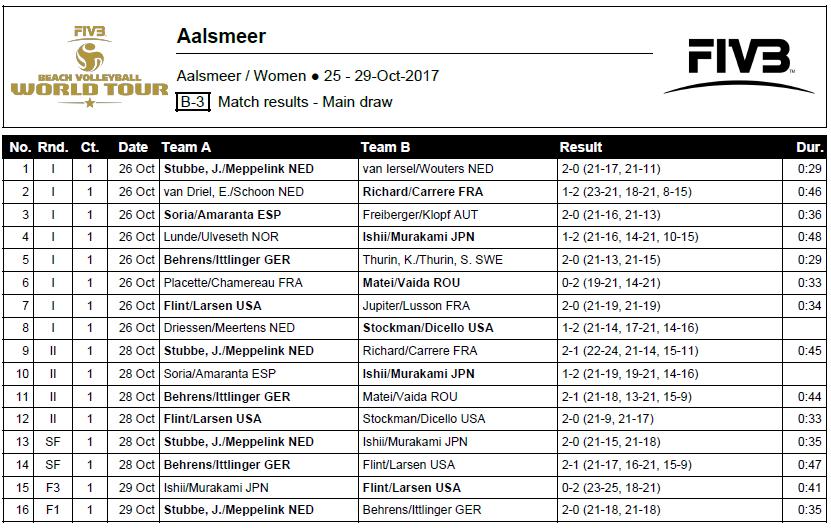