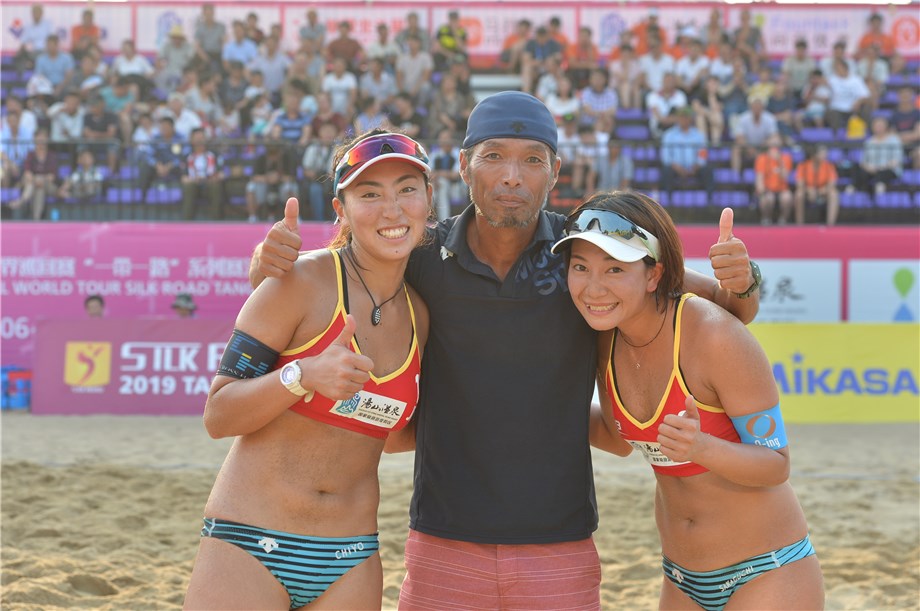 Sakaguchi (left) and Suzuki have had plenty to celebrate in 2019

Budapest, Hungary, August 7, 2019 – Chiyo Suzuki and Yurika Sakaguchi are the women’s number one seeds for the FIVB Beach Volleyball World Tour Budapest 1-Star tournament that runs from August 8-11.
The Hungarian capital is hosting a World Tour tournament for the first time and it is taking place in a 1,000-seater arena at Lupa Beach which is located 20 minutes from the centre of Budapest. The winning teams in Budapest will collect the €1,000 first-place prizes and claim 200 Tokyo 2020 Olympic points.
Quick links - Beach volleyball:
FIVB Beach Volleyball World Tour - Budapest
Facebook
Twitter
Instagram
The Japanese pair are chasing their fifth World Tour medal of 2019, although they have yet to win gold following one silver and three bronze. Their most recent success came at the Qidong 2-Star where they finished third.
New Zealand’s Francesca Kirwan and Olivia MacDonald are seeded second and the Netherlands’ Emi van Driel and Raïsa Schoon third.
In the men’s competition Mihails Samoilovs and Aleksandrs Solovejs top the seedings. The Latvians are competing in their second World Tour event together having previously competed at the Edmonton 3-Star.
Their compatriots Toms Smedins and Haralds Regza are seeded second, the Czech Republic’s Marcel Myslivecek and Martin Pihera are seeded third, while Hungary’s highest ranked men are Artúr Hajós and Balázs Benk who are seeded 10th. 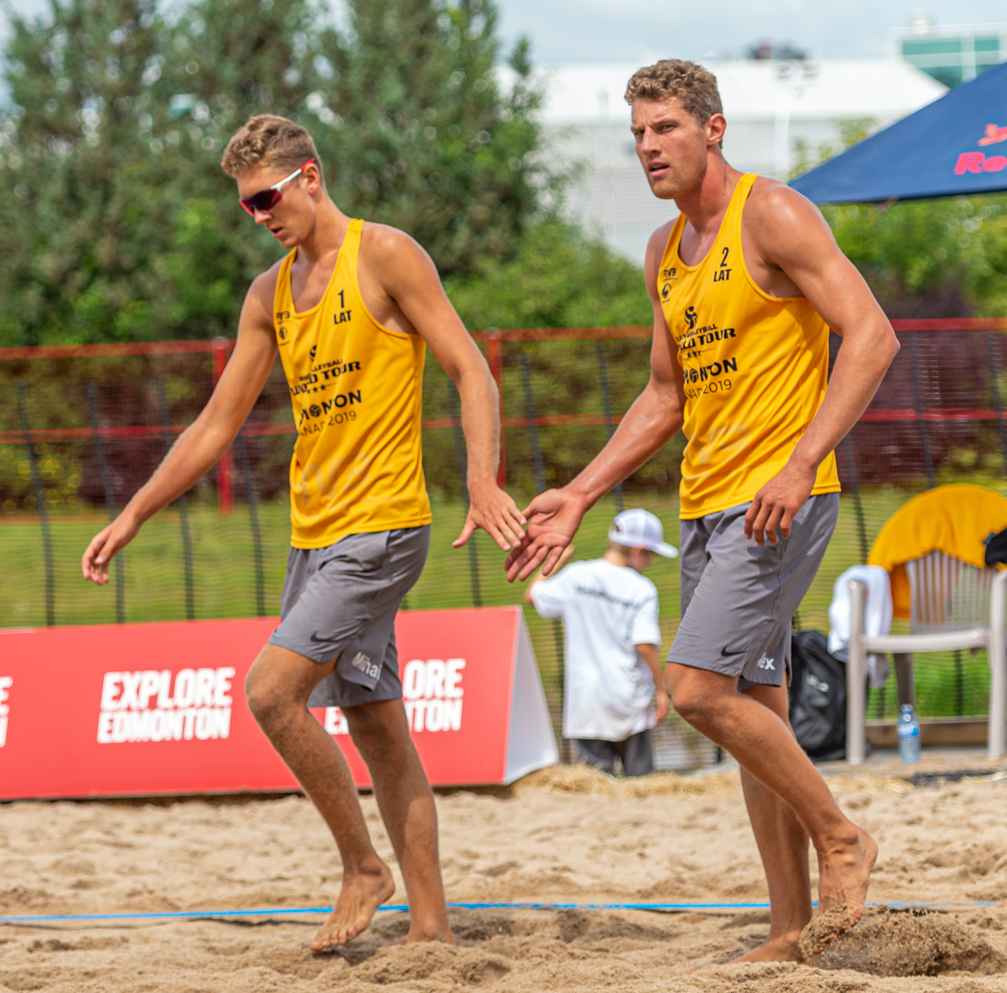