Rome, Italy, May 9, 2020 – Myriam Sylla may be missing competing and training with her teammates in the Italian national team, and her club Imoco Conegliano, but she is staying resolutely upbeat in the circumstances.

Rome, Italy, May 9, 2020 – Myriam Sylla may be missing competing and training with her teammates in the Italian national team, and her club Imoco Conegliano, but she is staying resolutely upbeat in the circumstances.
Like athletes across the world the 25-year-old is under lockdown due to the coronavirus outbreak. She had been hoping to bring the club season to a close with her team top of the Italian league standings, before going on to represent the Azzurre at the FIVB Volleyball Nations League (VNL) and Tokyo Olympics.
Now she will have to wait a year to help Davide Mazzanti’s team build on the silver they won at the Japan 2018 FIVB Volleyball Women’s World Championship, and bronze at the 2019 CEV European Championship, in what is likely to be a closely-fought tournament.
“This postponement can help us find more stability because some of my teammates are coming back from injuries,” Sylla told the Olympic Channel. “With one year more, all the players will be available, we will have more experience and the team will be more compact.
“Serbia, China, Russia, USA, Turkey... It feels like they are many (rivals) but in any case, we have to beat them all because the bar is quite high.” 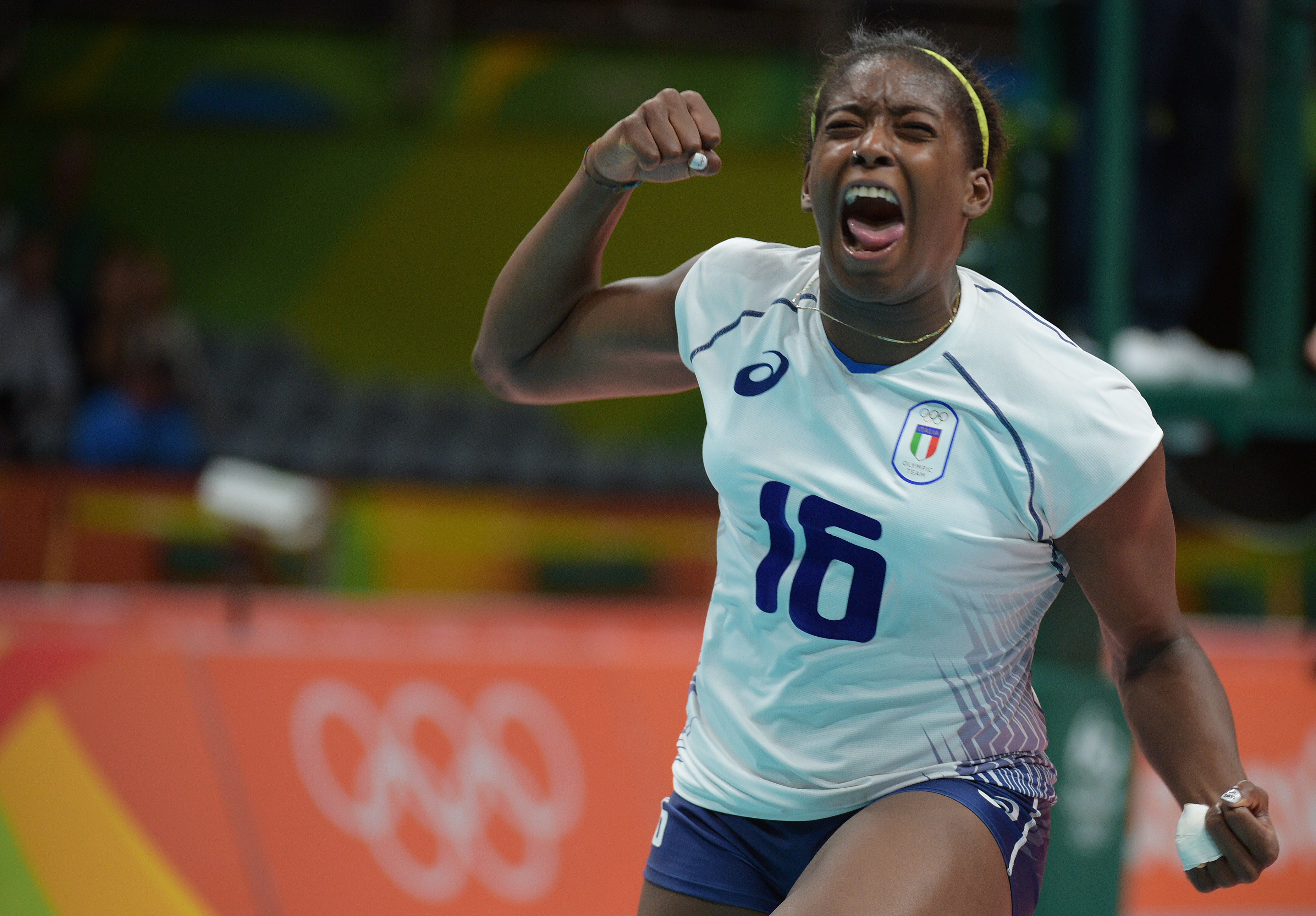 Italy failed to progress from the pools stage at the Rio de Janeiro 2016 Olympic Games, but since then Sylla highlights a change in the team’s mentality to being crucial to the success they have enjoyed.
The outside hitter is one of a group of young players that helped lift the gloom around the team after Rio 2016. Alongside Sylvia Nwakalor, 20, Alessia Oro, 21, and Paola Egonu, 21, she has breathed new life into the team.
“Qualifying for Rio was already a dream for us,” she said. “This time we earned qualification for Tokyo at the first round and we want to achieve something important. In Rio we would have been happy with a fourth or fifth place, this time we are aiming higher.
“I was very young and when we qualified, I felt I had the whole world in my hands. Then in Rio I realised how the world was too overwhelming for us. We faced teams who had the bit between their teeth, while we were not ready at all for such an event.
“We were getting along well and there was a good mix in the team, but probably we weren’t organised perfectly and couldn’t cope with the strong emotions. It was a mix of factors and unfortunately, we couldn’t show how competitive we really were. Now with hindsight I would know what we should have done and what we shouldn’t have.
“We couldn’t accept that fiasco and we were really determined to come back stronger. Two years later we did something that most thought was impossible.”
Since the start of lockdown Sylla has been training at home, and while she admits to feeling the need to let off steam, she says she will appreciate her life more when she is allowed back on court.
The Palermo-born Sylla is also staying in touch online with her teammates, most notably Egonu who became a close friend while the two progressed through the Italian age-group teams and at their club.
“She’s like my little sister,” Sylla said. “Our friendship has developed gradually. It started with: ‘I don’t like her, we are different, and I don’t want to get close to her’, and she was thinking the same of me, but we found ourselves in the same situation as we made our debut for the senior national team at the same time.
“We needed to help each other and from there our relationship has gradually evolved. It’s not just smiles and jokes, we are both very proud people and we often confront each other, but we overcome our differences because there’s a strong friendship underneath.”

Christenson keeps Modena in the hunt for Italian title
Blengini taking nothing for granted after Olympic pool draw
Carambula in World Tour form on Copacabana
Atanasijevic celebrates new contract in style
Egonu in top form as Conegliano add another trophy to their collection
Piccinini is back!
This website uses cookies to ensure you get the best experience on our website. For more information please read our Cookies Policy.
Ok