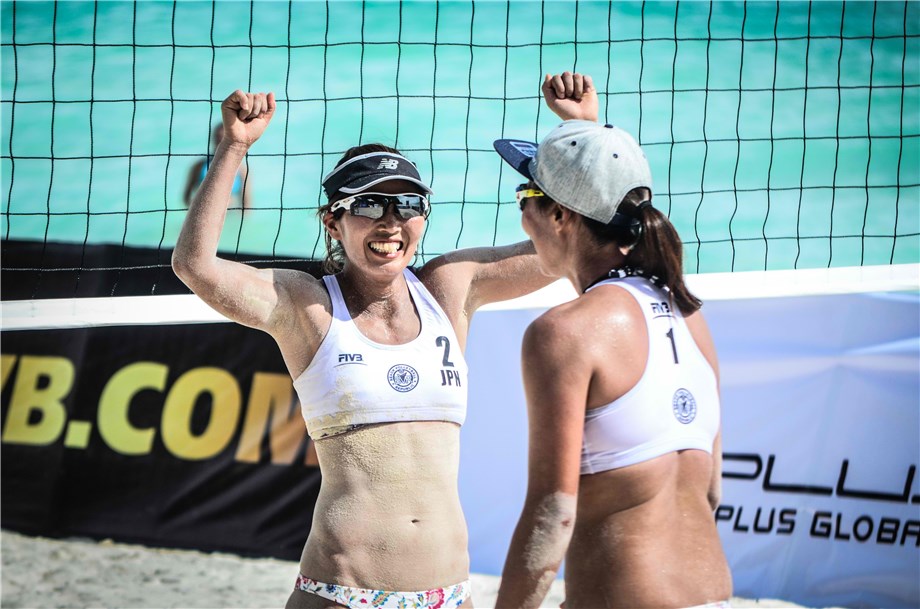 Tanaka and Miyuki faced Thailand’s Sirinuch Kawfong and Kanchana Siangbun in the second round of qualification, after earning a bye in the first round.

“After losing the first set, we had to change our mindset in the next two sets,” Tanaka said. “We had to go back to basics and work on with our passing and setting.

“They were tough and they targeted me on the serve so we just had to focus harder. In the final stretch, we were lucky to earn the point because they committed a passing error.”

With their qualification round win, they will join their compatriots Sakurako Fujii/Minori Kumada and Satono Ishitsubo/Asami Shiba in the main draw tournament on Friday.

“There are many Japanese teams in the main draw, but we are just focused on earning points to be able to step up and compete in 2-star and 3-star events in the future,” Miyuki said.