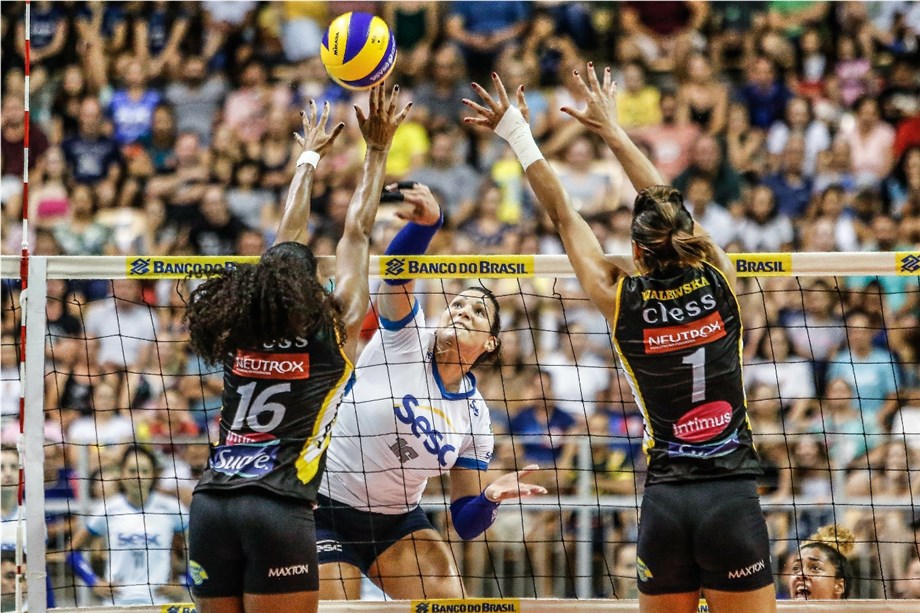 Jaragua do Sul, Brazil, February 3, 2020 – Star opposite Tandara Caixeta carried Sesc RJ to their fourth Brazilian Cup title as the London 2012 Olympic champion scored 40 points, the highest mark ever registered in a professional tournament in the country, in the gold medal match against Dentil/Praia Clube.

“I’m very happy here at Sesc and I’m glad I could play my role and help the team,” Tandara said after the match. “It’s a very important title for us and the second this season. It was great to see that we managed to come back after a poor first set. We stuck together and everyone focused on doing their jobs.”

The team from Rio de Janeiro, which underwent a roster overhaul this season and added players such as veteran setter Fabiola de Souza and outside hitter Amanda Francisco, has now won four of the eight editions of the tournament.

“We work very hard and when we get to win a match and a tournament like this, we know we’re headed in the right direction,” the captain Amanda explained. “We reversed a very difficult situation in the first set against a very strong rival and that makes us very proud. It’s nice to return to Sesc with a title like the Brazilian Cup.”

Sesc RJ returns to the court on Tuesday, February 4, when it plays Flamengo for the Brazilian Superliga. On the same day, Dentil/Praia Clube faces Curitiba Vôlei.