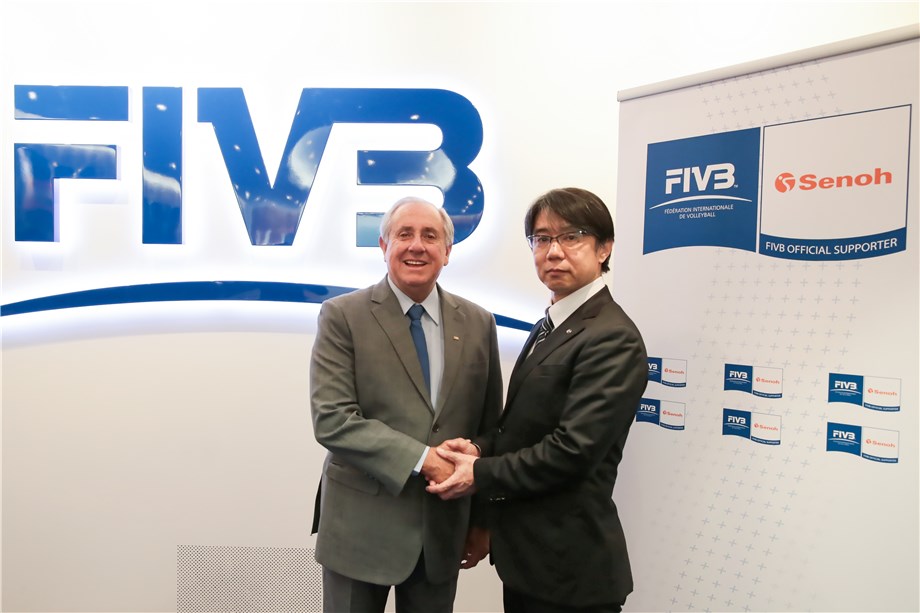 Lausanne, Switzerland, February 15, 2017 – The Fédération Internationale de Volleyball (FIVB) has entered a key sponsorship deal with Senoh Corporation, who are now the official supplier of volleyball and beach volleyball equipment for all FIVB events and the Olympic Games.

The agreement between the Japan based Senoh Corporation and the FIVB is a natural partnership between two dynamic organisations committed to investing and developing in technology to make volleyball an attractive sport for the whole family. Of interest is the development and enhancement of the LED net, a prototype of which was first shown at the 2014 FIVB Volleyball World Championship in Poland and at the 2015 FIVB Volleyball World League Finals in Rio de Janeiro, Brazil. While the LED net functions as a regular net during a match, the encapsulated LEDs allow for the possibility of showing a variety of different in-game information between points.

The partnership – beginning in the 2017 season until the Olympic Games in 2024 – will see Senoh providing posts, pads, nets, antennae, referee chairs and floor apparatus for volleyball, and court lines and post bases for beach volleyball. Senoh’s financial investment will also include providing expert technicians to support the installation and maintenance of equipment on-site. The organisation will also have the opportunity to extend its reach to all affiliated national associations and federations in the world.

Welcoming Senoh President Mr. Tetsuya Ozaki to the FIVB headquarters on Wednesday, FIVB President Dr. Ary S. Graça F° said: “The FIVB is committed to excellence and to providing top level events for our players and fans. Senoh has a rich history of providing world class equipment to our sport and we know that our partnership will take us further in our mission to make volleyball the number one family sport entertainment in the world.” 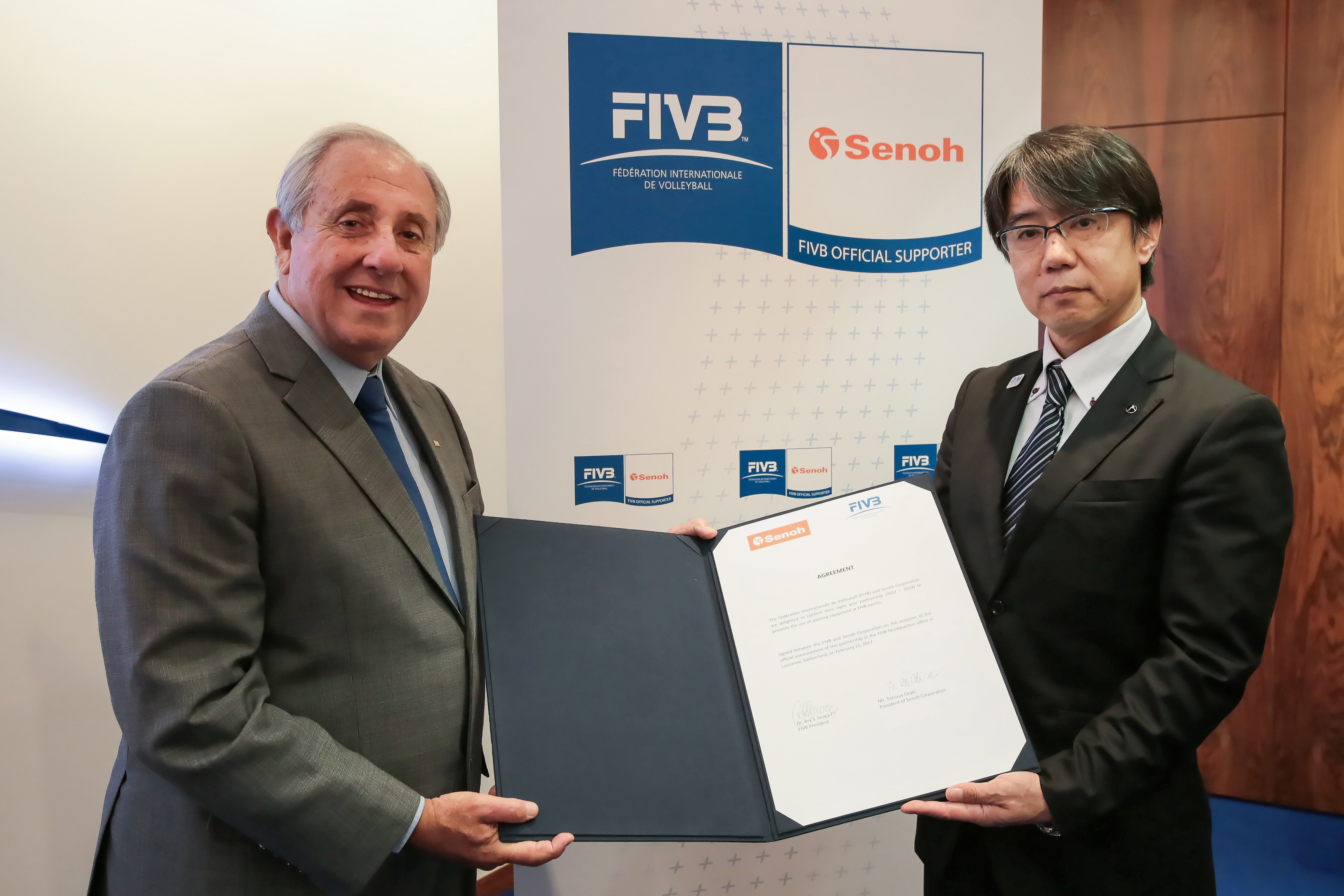 “We are very proud of being the FIVB partner and to have this partnership for eight years,” said President of Senoh, Mr. Tetsuya Ozaki. “The next Olympics will be held in our home, Tokyo. Senoh is ready to open a new era with the FIVB to further volleyball development. Through this sponsorship opportunity, we will do our best so that the sport of volleyball continues its exceptional growth and takes technology around the sport to another level.”

In addition to the FIVB’s events, Senoh equipment will also be used at the Olympic Games. The organisation has a long history with the quadrennial event having provided volleyball equipment for the Tokyo 1964 Olympic Games, when the sport made its debut.