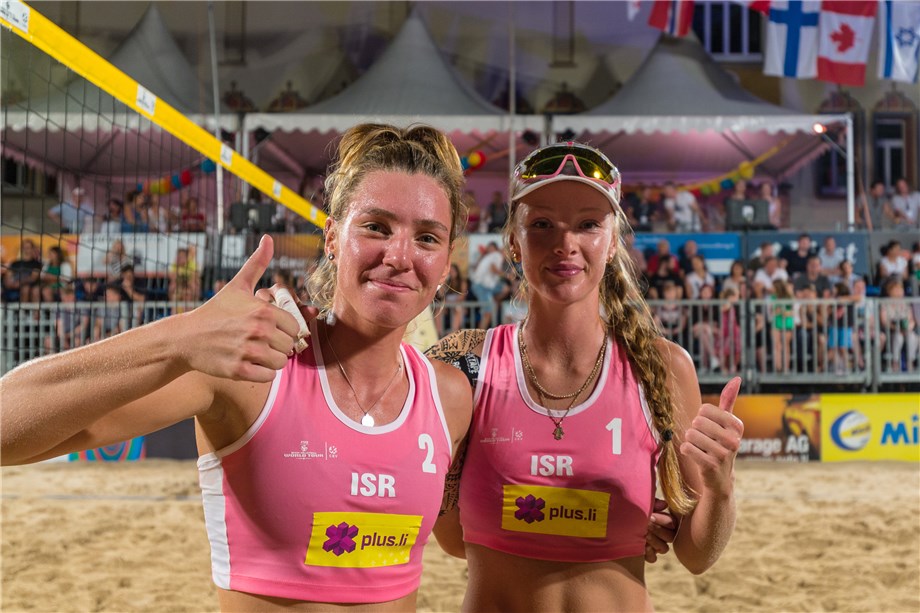 Anita Dave (left) and Sofia Starikov of Israel will be seeking a podium placement at this week's Tel Aviv FIVB World Tour stop.

Tel Aviv, Israel, November 5, 2019 - At the start of the 34th season of FIVB-sanctioned beach volleyball events, the first tournament in Israel will be staged this week as Frishman Beach hosts the €10,000 Tel Aviv event starting Wednesday with qualifying.
Quick links - Beach volleyball:
FIVB Beach Volleyball World Tour - Tel Aviv
Facebook
Twitter
Instagram
The Tel Aviv event is the 461st men’s and the 424th women’s tournament on the World Tour since the first men’s FIVB competition in February 1987 in Rio de Janeiro, Brazil and the women’s debut episode being played August 1992 at Almeria, Spain.
A total of 70 teams from 21 countries (41 men from 17 countries and 29 women from 15 countries) are entered in the Tel Aviv event where main draw pool play will be held Thursday following by the elimination rounds Friday and medal matches Saturday on Frishman Beach.
Teams from Israel will also be seeking their country's first-ever FIVB World Tour medals as two Israeli women's pairs posted 2018 fourths in Vietnam (Noy Chorin/Sofia Starikov) and Korea (Chorin/Anita Dave).
Dave and Starikov are now playing together and enter the Tel Aviv event with five fifths for their best finishes among 15 World Tour starts together. The pair posted an 18-18 match mark during the 2018-2019 season and ended the campaign with three fifths in their last four FIVB events at Korea, Liechtenstein and Belgium.
The best finishes for a men's team from Israel are fifths, including three by Sean Faiga/Ariel Hilman during the 2014 and 2016 seasons. Faiga, who is returning to the World Tour after sitting out the last two seasons, will be playing with Netanel Ohana in Tel Aviv. 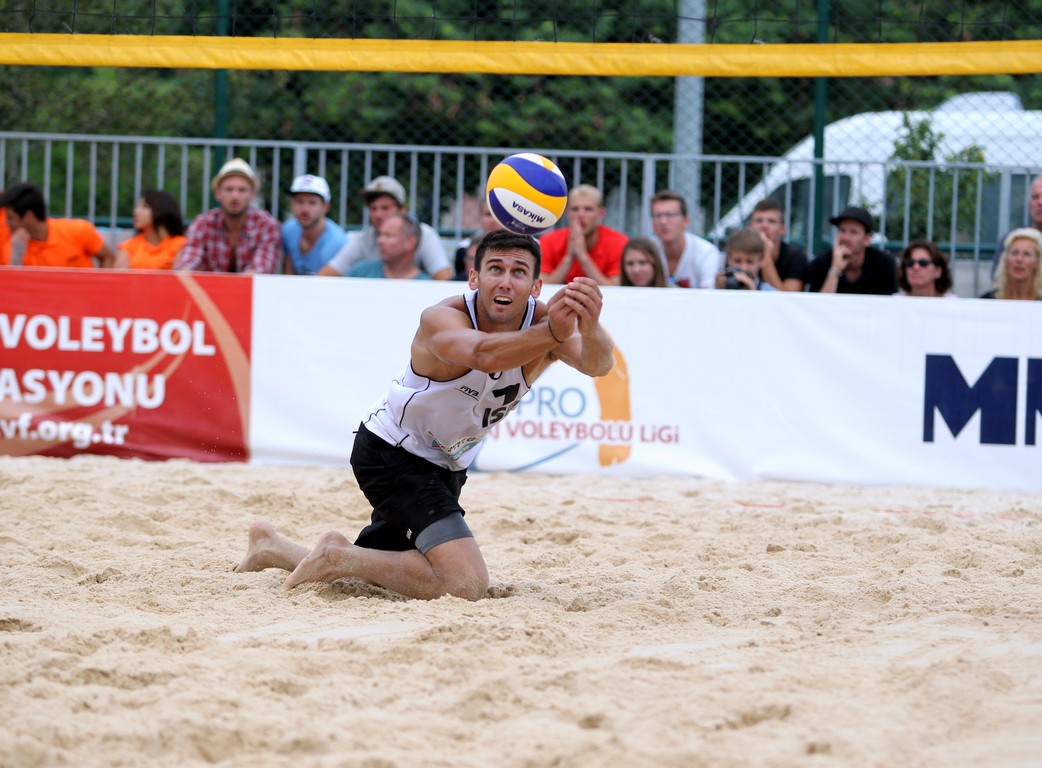 Seeking Mikasa is Sean Faiga of Israel
Following the Tel Aviv event, the FIVB World Tour ends the 2019 portion of the schedule with the men's-only Aspire Beach Volleyball Cup in Doha, Qatar (November 11-15) and the double-gender Chetumal Open in Mexico.