Thaisa back in top form with Itambé Minas 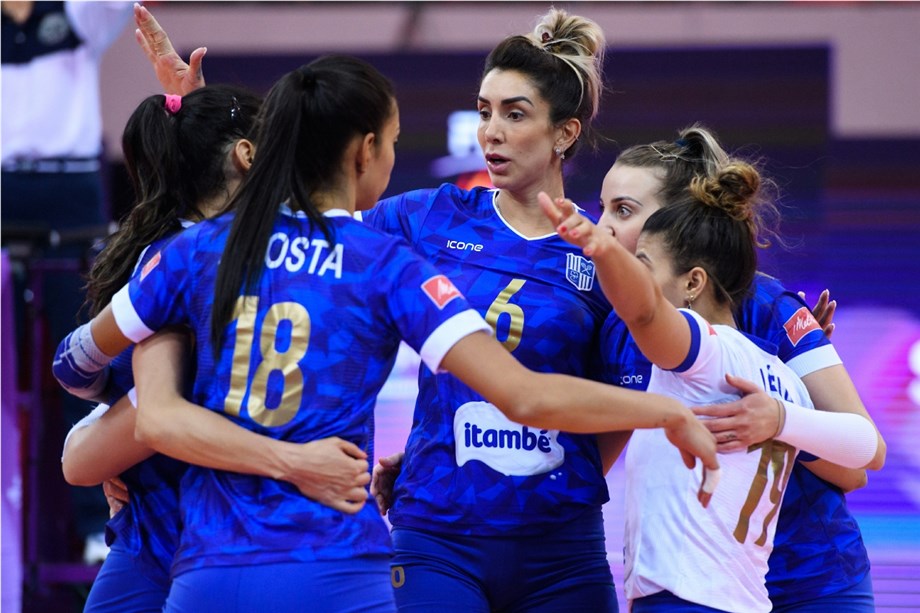 Thaisa (6) is currently the best spiker, blocker and server of the Brazilian Superliga

Belo Horizonte, Brazil, February 12, 2020 – Many of those who saw Thaisa Menezes fall on the court due to a serious knee injury during a CEV Champions League match in April 2017 wouldn’t have believed the middle blocker could ever return to the form that saw her help Brazil win gold medals at both the Beijing 2008 and London 2012 Olympic Games.
Even a doctor who evaluated her knee had discouraging words about the future of her career, but none of those convinced Thaisa that she was done with volleyball. The Brazilian returned to the courts in 2018 but it’s her current form that’s giving all the answers she needed.
Playing in the Brazilian Superliga for Itambé Minas, the 32-year-old middle blocker has been one of the most impressive players in the entire league so far as she leads the individual efficiency rankings in hitting, serving and blocking.
“It was extremely tough and challenging to return,” she reflected. “There were several moments of tears, questions and pain. It was hard and it still is, but I never gave up. I didn’t hear those who said I would never play again, or that if I did I would never perform at the same level. People said I’d lose mobility and become a slow player and that hurt me, but it was also motivation. I cried a lot, but I decided that I would do it for myself and, honestly, sometimes I don’t even know where all the strength I had during that time came from.”
Since the injury, Thaisa has taken the best possible care of herself. She credits her intense off-season and preseason preparations for her impressive performance on the courts in the Brazilian 2019-2020 season.
“Preseason was the difference,” she said. “I took great care of my fitness and ate the best I could. I worked out every day, did CrossFit and never lost focus, even when I was on vacation. I worked hard all the time and when you do that, it pays off on the court.” 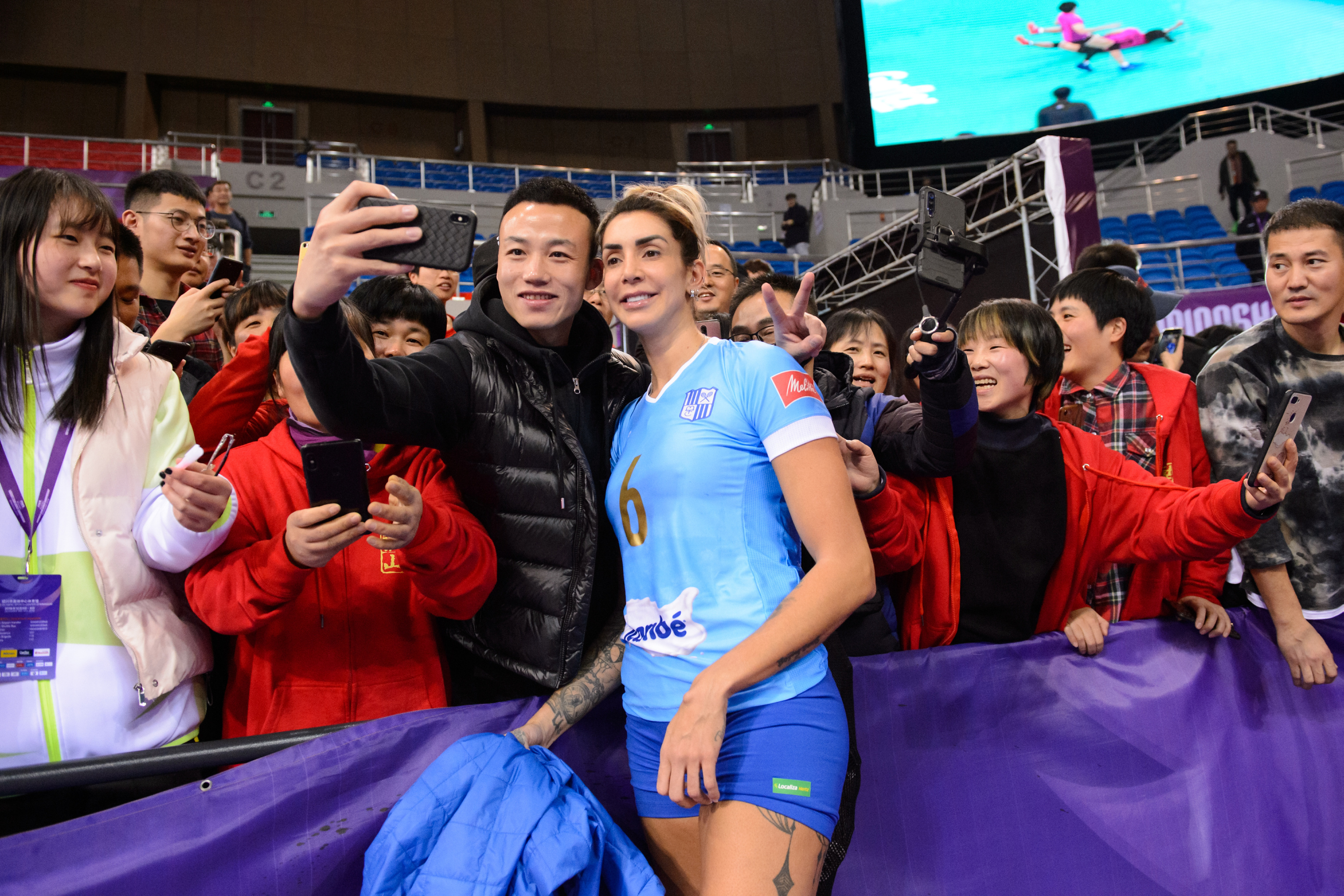 Thaisa recently returned to Itambé Minas and she played at last year's Women's Club World Championships with the team
Thaisa’s great form also coincides with her return to Minas Tênis Clube, the club with which she started her professional career back in 2002. The veteran returned to the city of Belo Horizonte as one of the most accomplished players in Brazilian volleyball history, having won, besides two Olympic gold medals, five titles at the World Grand Prix and silver and bronze medals at the World Championships. But she hadn't  forgotten her roots.
“Returning here was great and it was very easy to adjust,” she added. “I love the city and the people, so it couldn’t really go wrong. I feel loved and respected by everyone in the club and that’s all you can hope for. It’s funny that coming back made me remember the time when I first played here. I was just beginning my career and had all these dreams and goals, which seemed so distant at the time.”
The middle blocker’s current form could make her a candidate to wear another well-known uniform in the near future, for the Brazilian national team. After playing for her country between 2007 and 2018, the veteran declined a call-up last year as she wanted to focus on her club career.
Her recent great performances, though, are sure to have put her on the radar of head coach José Roberto Guimarães again, and she could be called for the 2020 season, which includes the Tokyo Olympics and the Volleyball Nations League as its highlights. If that’s the case, Thaisa could join other two-time Olympic champions who recently returned to the national team in fellow middle blocker Fabiana Claudino and Itambé Minas’ teammate Sheilla Castro.