The PlusLiga stars that shone through the season 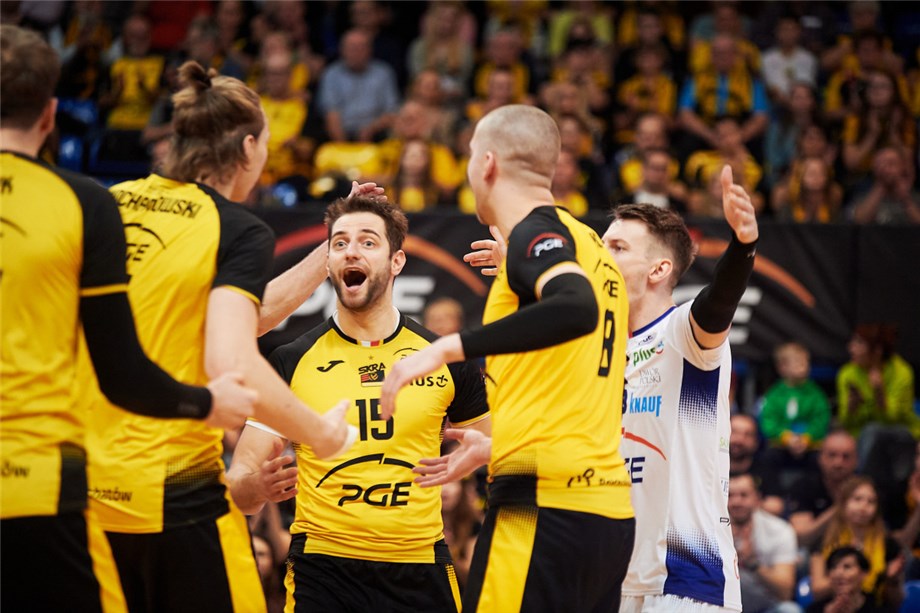 Lausanne, Switzerland, March 24, 2020 - Poland's PlusLiga men's national championship is suspended, but here's how things stood at the moment of interruption, two weeks ago, with two rounds of play remaining in the Regular Season.

Zaksa Kedzierzyn-Kozle sat at the top of the table on 61 points and a 20-4 record, just two points ahead of Verva Warsaw Orlen Paliwa (21-3). PGE Skra Belchatow were on just 50 points (17-7) in third place.

Four players were named match MVPs six times in the 336 games played since the start of the season: Grzegorz Lomacz of Skra, France's Benjamin Toniutti of Zaksa, Piotr Nowakowski of Warsaw and Rafal Faryna of MKS Bedzin.


Szerszen served 49 aces this season, more than any other player in the PlusLiga, while Filipiak led the attacking with 382 kills. The best receiver of the competition thus far was Michal Potera of Bedzin with an efficiency of 61.54%.