Thiago and Oscar bounce back in Kuala Lumpur first round playoffs 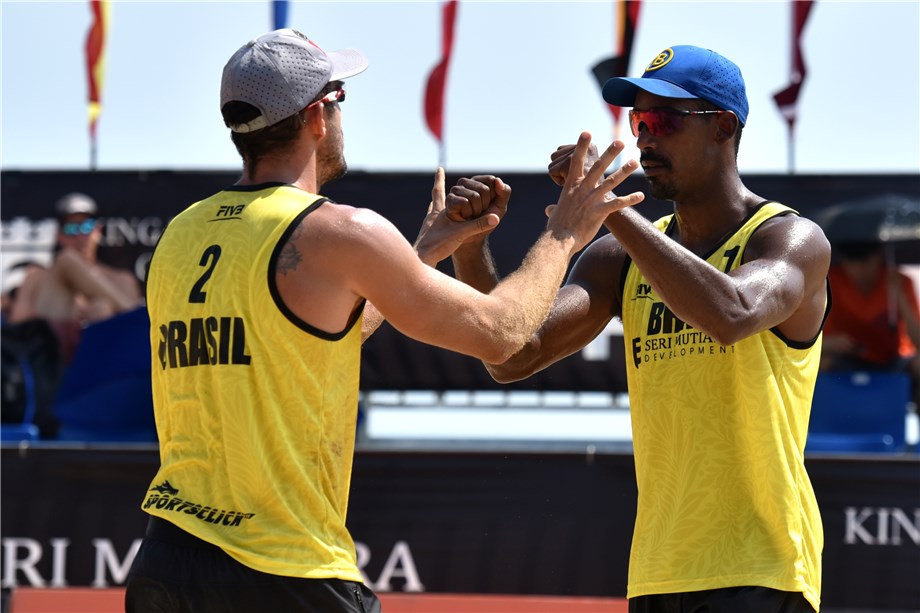 Kuala Lumpur, Malaysia, May 2, 2019 – Brazil’s Thiago Barbosa and Oscar Brandao endured the heat on Thursday afternoon to rack up the win that secured their place in the second round of the FIVB Beach Volleyball World Tour Port Dickson Beach Open.

After losing to their compatriots Alison Cerutti and Alvaro Filho in pool play, forcing them to play the first round playoff, Thiago and Oscar kept their composure and focus to prevail in their three-setter against Italy’s Alex Ranghieri and Marco Caminati.

The Brazilians barely escaped the opening set with a 23-21 win as Ranghieri put on a gallant show on net defence, challenging both Thiago and Oscar on the attack. In the second set, the Italians managed to force the tie-breaker at 21-19, but the Brazilians played with better strategy to secure set and match at 15-9.

“We played a great Italian team who have a good player like Ranghieri who is one of the best blockers in the world,” Thiago said. “The heat helped us and we played well again towards the end. This kind of match will help us grow as a team. We hope we can give the same energy in our match tomorrow.”

“It was very hot in the third set,” Oscar added. “We tried to play relaxed and focused in that set, because the harder you think, the more confused you will get to win and we needed to win this match against a good team. I am just glad that we played with good strategy in the last set.”