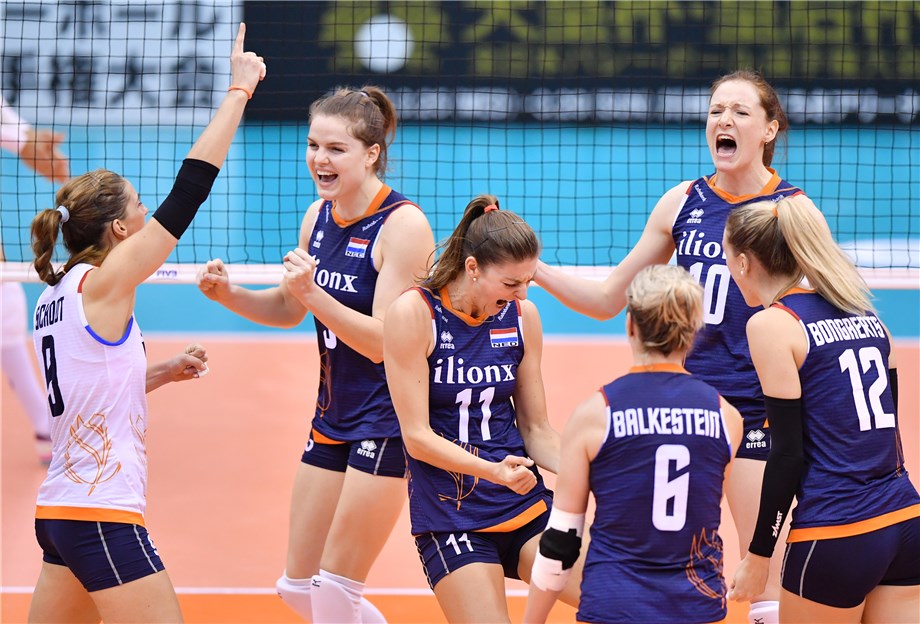 Yokohama and Hamamatsu, Japan, September 16, 2019 - The Netherlands, China and USA retain a clean card after Day 3 of the FIVB Volleyball Women's World Cup, hosted in various cities across Japan.
Lonneke Sloetjes' 25-point output spearheaded the Netherlands' 3-0 win (25-23, 25-21, 25-22) against Brazil. Anne Buijs added 13 more points to the delight of the Dutch.
Netherlands coach Jamie Morrison designed to firm up the Dutch defence against Brazil, but he also credited the efforts of his passionate team.
"I thought the coordination between our block and defence was very good and our defence was in good places in relation to where they were, and I just thought we wanted to get the ball up more than Brazil did. I think there’s a desire that comes with defence and I think we had it tonight. We were going after everything, so it goes back to heart a little bit," Morrison said.

China remained on top of the table with a straight-sets victory 3-0 (25-22, 25-16, 25-18) against Russia, giving the Asian side a full nine points.
Captain Zhu Ting reported back for duty after skipping Sunday's match, picking up a total of 21 points. Zhang Changning added 17 more in the victory.
China showed a complete game, offering merits in both offence and defence. Setter Ding Xia ran her plays tight and fast, to diffuse Russia's system. China also performed well from the service line with seven aces in the match. 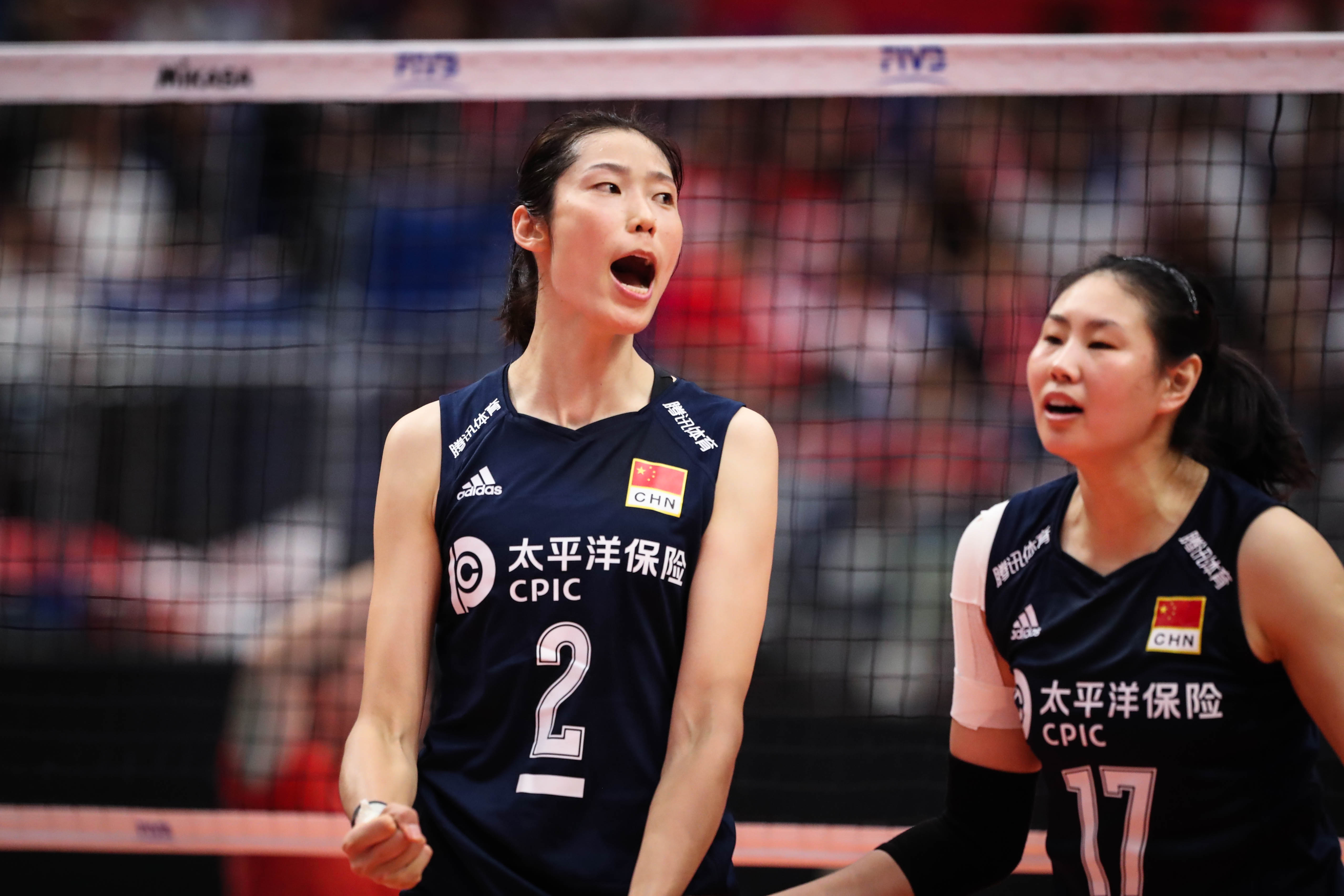 USA likewise checked in with nine points, after winning 3-1 (25-21, 25-18, 18-25, 25-11) against Argentina.
Karsta Lowe (22 points) and Michelle Bartsch-Hackley (19 points) comprised Karch Kiraly's primary offensive unit.
Lucia Fresco led the Argentine side with 17 points, but Monday's breakthrough performance came via Bianca Farriol. The 17-year-old middle blocker proved crucial in the third set, as she connected with timely blocks to help extend the match.
Hosts Japan dropped to a 1-2 card after a 3-1 defeat (23-25, 25-19, 25-22, 27-25) to Korea, in the all-Asia derby that headlined as Yokohama Arena's main event on Monday.
Korea started rather loosely, without completely establishing their intended tempo on court. They improved their rhythm, enabling captain Kim Yeon Koung and Lee Jaeyeong to work from the wings.
Meanwhile, Japan played patiently, working on their brand of volleyball, which completely energised the crowd after the third set. What then seemed like the final whistle had everyone heading back on court with a successfully called challenge by Japan coach Kumi Nakada. A few plays further silenced the crowd, with Korea moving two points clear to seal victory in four. 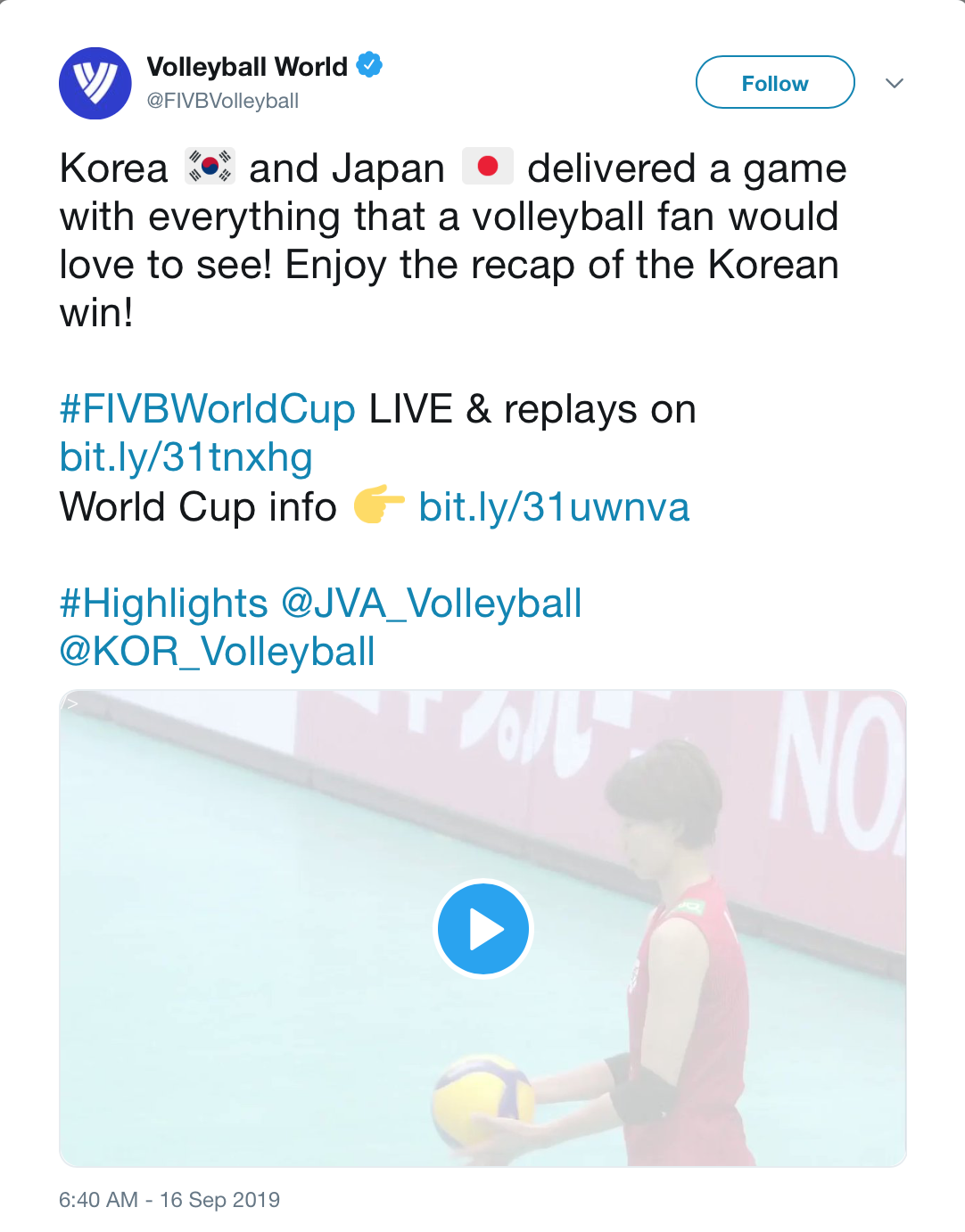 Match day in Site A Yokohama started with a thrilling tie-break that went to the Dominican Republic over Cameroon 3-2 (25-17, 25-15, 23-25, 30-28, 15-10).
The NORCECA side managed a healthy advantage in the first two sets, before mishandling the momentum right before a spirited Cameroon squad. The African side fought back hard, utilising pretty good numbers in reception and digs, even with the powerful attacks of their opponents.
Cameroon forced the match to a tie-break. In the decider, the Dominicans reverted to their attack rhythm, utilising the 201-cm spiker Brayelin Martinez. 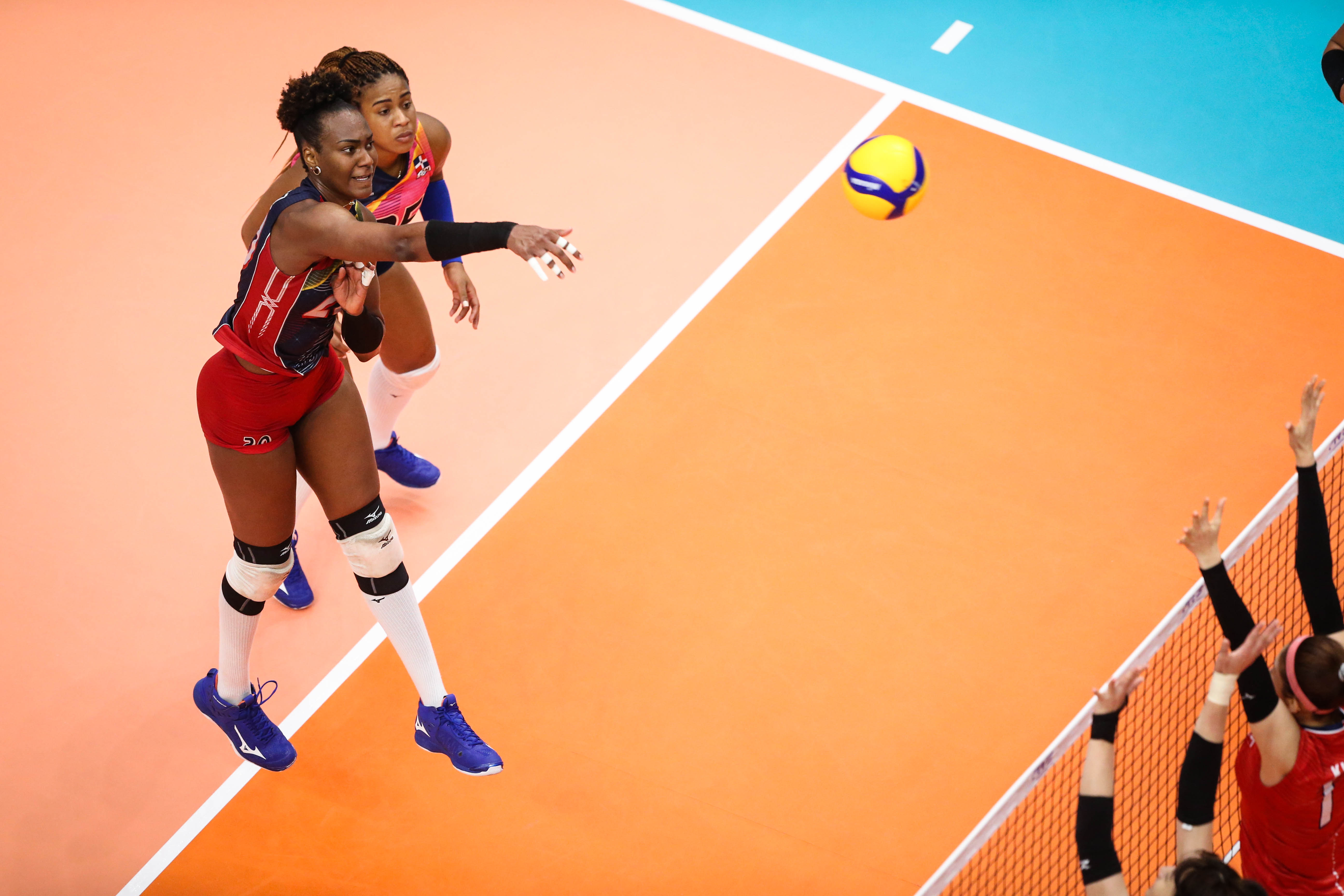 Brayelin Martinez unleashes a powerful spike
Serbia secured their first victory in the competition during the very first match of the day in Hamamatsu. The recently crowned European Champions won in straight sets 3-0 (25-13, 25-11, 25-17) against Kenya.
Serbia dominated on all fronts, with 41 attacks, 11 kill blocks and 8 service winners. The Serbians likewise limited their errors to merely eight throughout the match.
The competition heads to a rest and recovery day on Tuesday, with matches resuming on Wednesday at the Yokohama Arena and Hamamatsu Arena. Site A will then head to Sapporo while Site B moves to Toyama, before all 12 teams converge on Osaka for the final stretch of the competition and the awarding ceremony.
Quick links - Volleyball:
FIVB Volleyball Women's World Cup
Facebook
Twitter
Instagram
Youtube