Tillie maintains Warsaw on a roll in Polish League 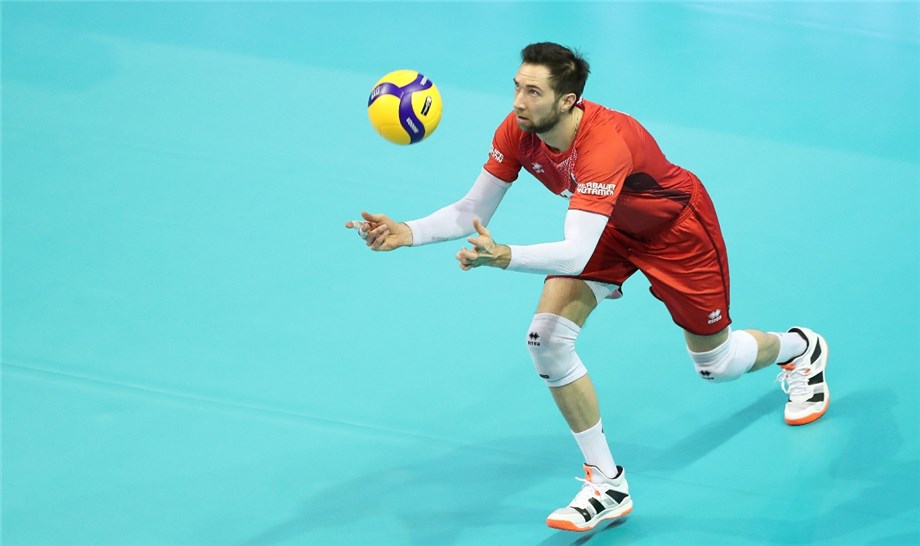 Kevin Tillie in action with France at the European qualifiers for the Tokyo 2020 Olympic Games earlier this year.

Warsaw, Poland, February 10, 2020 - Kevin Tillie was once again the scoring machine that helped push Verba Warsaw Orlen Paliwa to victory in Poland's top flight Plusliga keeping his side at the top of the table over the weekend, two points ahead of their closest rival.

The French international 29-year-old outside hitter who returned this season full-time to Europe after a couple of years in China, scored 16 points against Indykpol AZS Olsztyn in the Warsaw side's 3-1 (25-21, 25-17, 18-25, 25-18) latest home win, in addition to his contribution in receiving.

Tillie is currently the third best receiver this season in the Plusliga on 60.76%, trailing only Piotr Orczyk of PGE Skra Belchatow (62,75%) and Michal Potera of MKS Bedzin (61.02%).

Already this season he has been named match MVP on three occasions (although that was not the case this weekend, when Belarus' Artur Udrys picked up the award).

It's already been a great year for Tillie, who last month became a father and a few days later helped France qualify to the Tokyo 2020 Olympic Games.
Related story: Kevin Tillie looks back on the craziest week of his life!