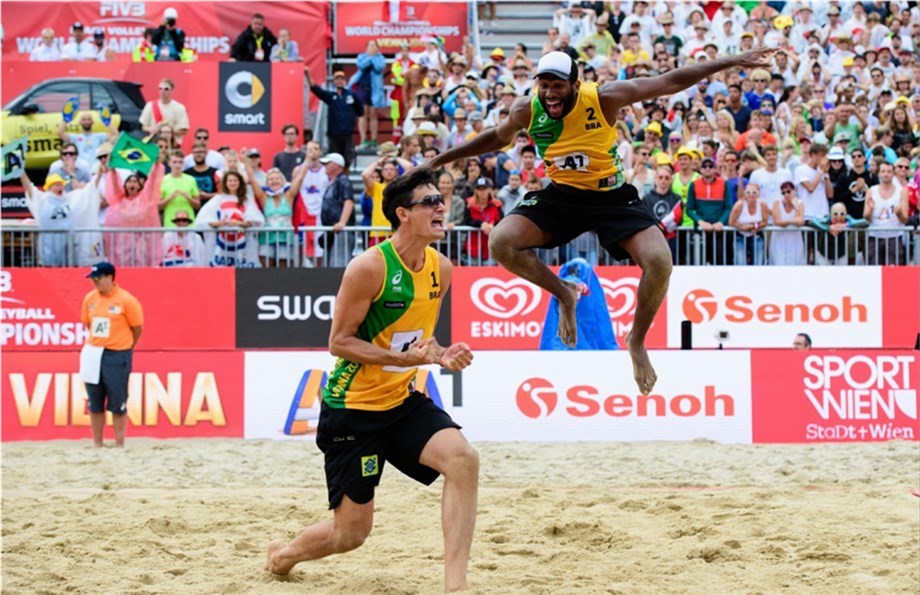 Lausanne, Switzerland, August 8, 2017 - The top eight men’s and women’s beach volleyball teams as determined by the FIVB World Rankings were announced here Tuesday for the third annual Swatch Beach Volleyball FIVB World Tour Finals presented by Vodafone, to be played from August 23 to 27 in Hamburg, Germany.

Based on a team’s eight best finishes over a 365-days period, the top eight tandems per gender with a maximum of two pairs per country automatically qualify for the $800,000 World Tour Finals. The last four berths per gender in the 12-team men’s and women's pool play/elimination bracket event will be filled with wild card selections. The winning teams in each gender’s competition will share the $100,000 first-place prizes. 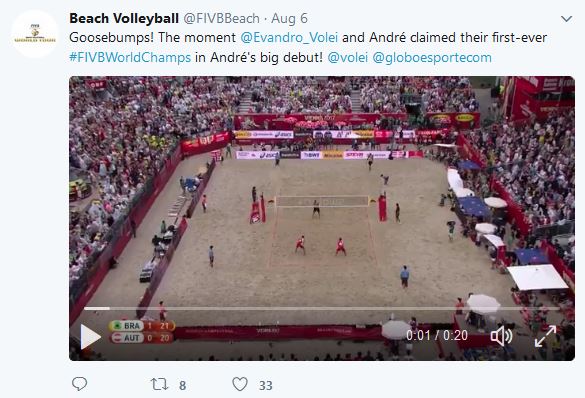 Talita Antunes/Larissa Franca of Brazil, who captured the gold medal at the inaugural Swatch FIVB World Tour Finals in 2015 on Fort Lauderdale Beach in the United States, qualified as the No. 1-ranked women’s team for Hamburg. The Brazilians placed third last week at the Beach Volleyball World Championships after defeating Canada’s Melissa Humana-Paredes and Sarah Pavan in the bronze medal match.

Also earning a spot due to their ranking are Agatha Bednarczuk/Eduarda "Duda" Lisboa of Brazil, Humana-Paredes/Pavan, Chantal Laboureur/Julia Sude of Germany, Joana Heidrich/Anouk Vergé-Dépré of Switzerland and Summer Ross/Brooke Sweat of the United States.

The wild cards for the event to be played at the Rothenbaum Stadium in Hamburg will follow in due course.