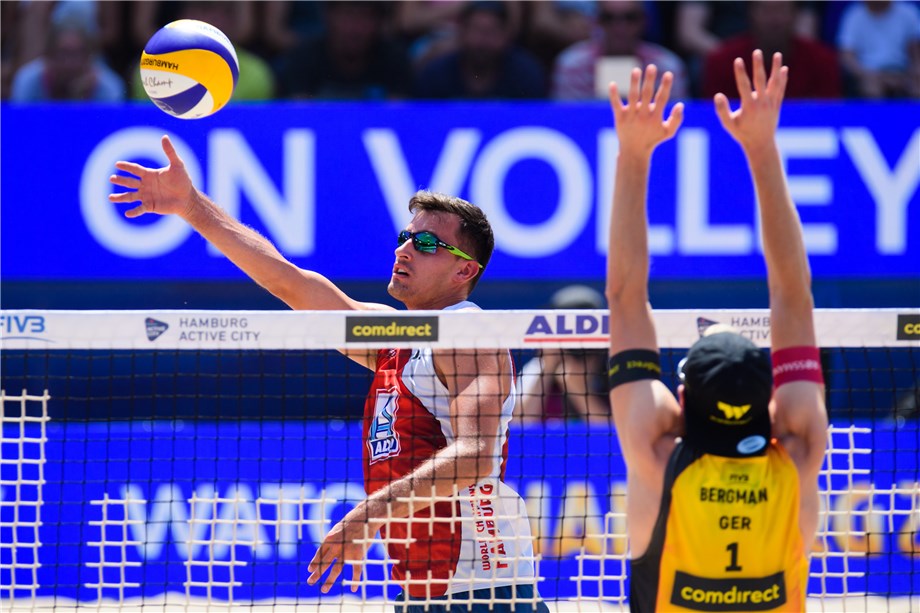 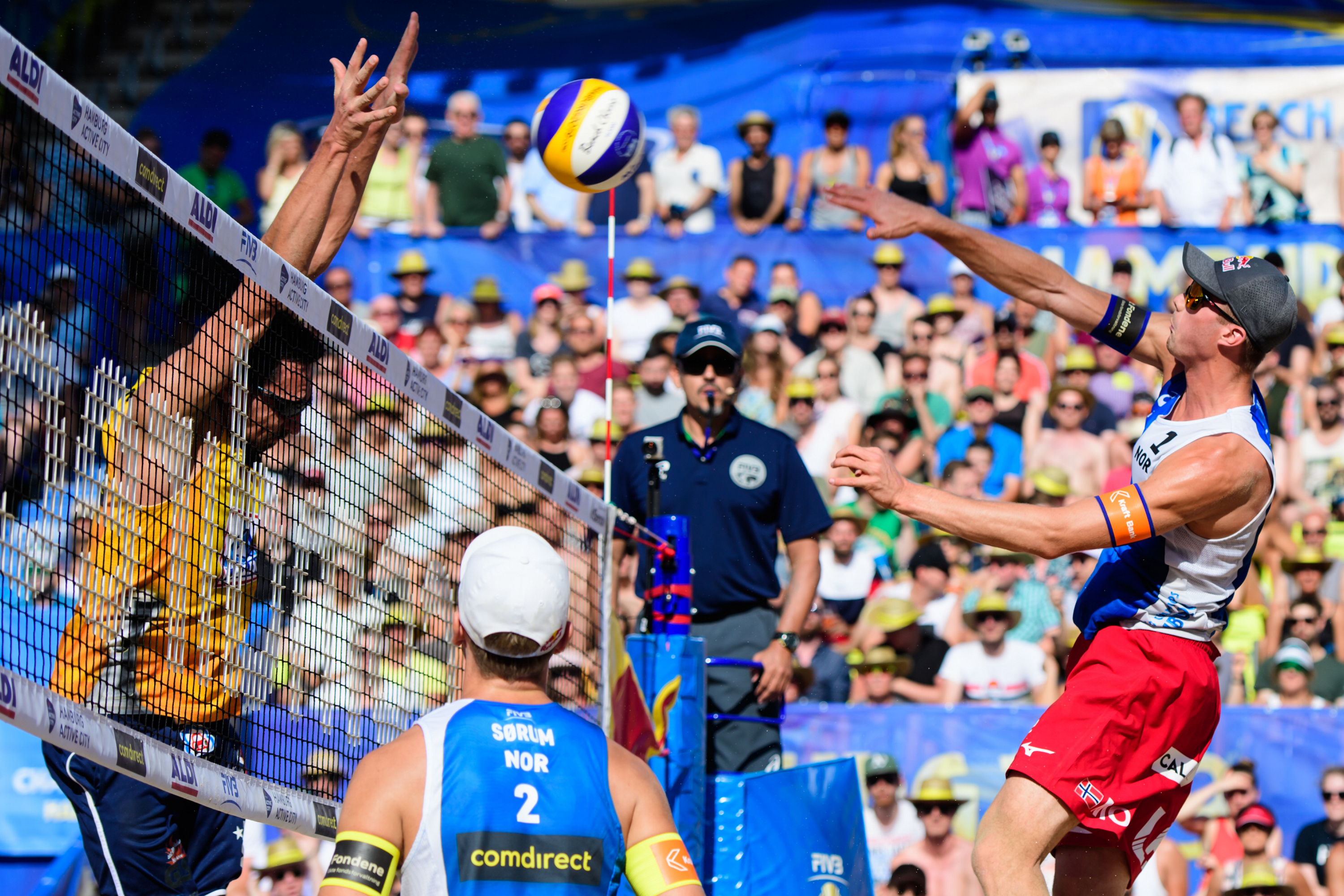 Anders Mol (right) of Norway hits against Jonathan Erdmann of Germany
Both top-ranked teams are now tied for first in their group as Bryl and Fijalek are challenged by 23rd-seeded Martins Plavins/Edgars Tocs of Latvia at 4 p.m. (local time) Tuesday with Mol and Sorum meeting 24th-seeded Vitor Felipe/Pedro Solberg of Brazil at 5 p.m.
"We will be playing a very strong Latvian team," said Fijalek about Plavins and Tocs. "They beat us two weeks ago in Warsaw, so we know they can handle of the pressure of playing in a big match. We'll have to play a lot better Tuesday against them."
At the Warsaw Open on June 15, Plavins and Tocks posted a 2-0 (23-21, 21-18) elimination win over Bryl and Fijalek for their first win in four meetings with the Polish pair. The first win in the series was in Hamburg last August at the World Tour Finals when Bryl and Fijalek scored a 2-1 (21-19, 17-21, 15-9) pool play win.
As for Mol and Sorum, who have defeated Bryl/Fijalek in four gold medal matches in Austria, Germany, the United States and Brazil since August 2018, the Norwegians will be meeting Vitor Felipe and Pedro for the second time after defeating the Brazilians in the Warsaw Open.
"Any time you play a Brazilian team, it is always tough," said Mol.  "Although they are a new team, they are Brazilians with a lot of experience playing internationally. It is important to note that we have experience playing them, so that will help our preparation. It will be an entertaining match for the fans."
The men's portion of the FIVB World Championships continues through next Sunday when the medal matches will be played on the Am Rothenbaum Stadium center court with the gold medal team sharing the $60,000 first-place prize.  The women's finale is Saturday.