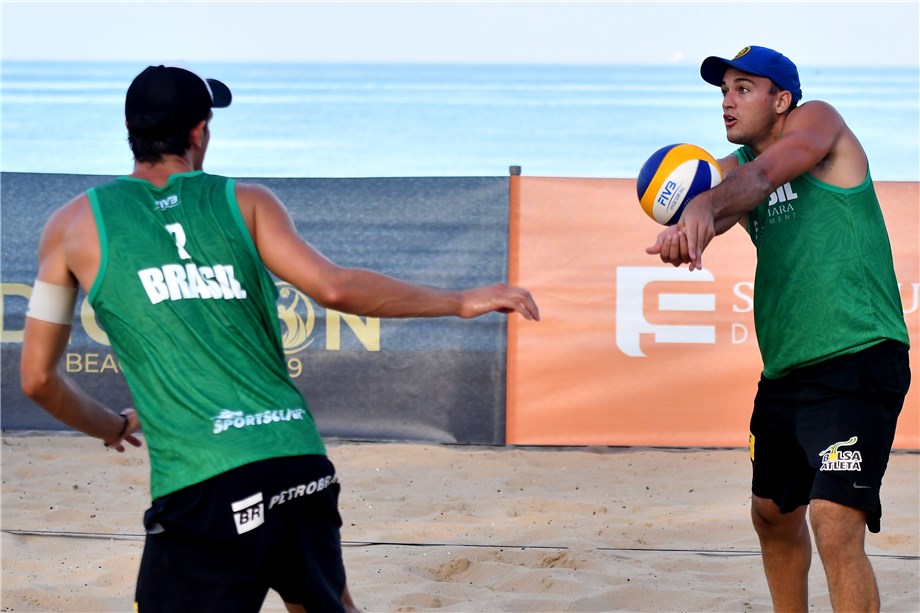 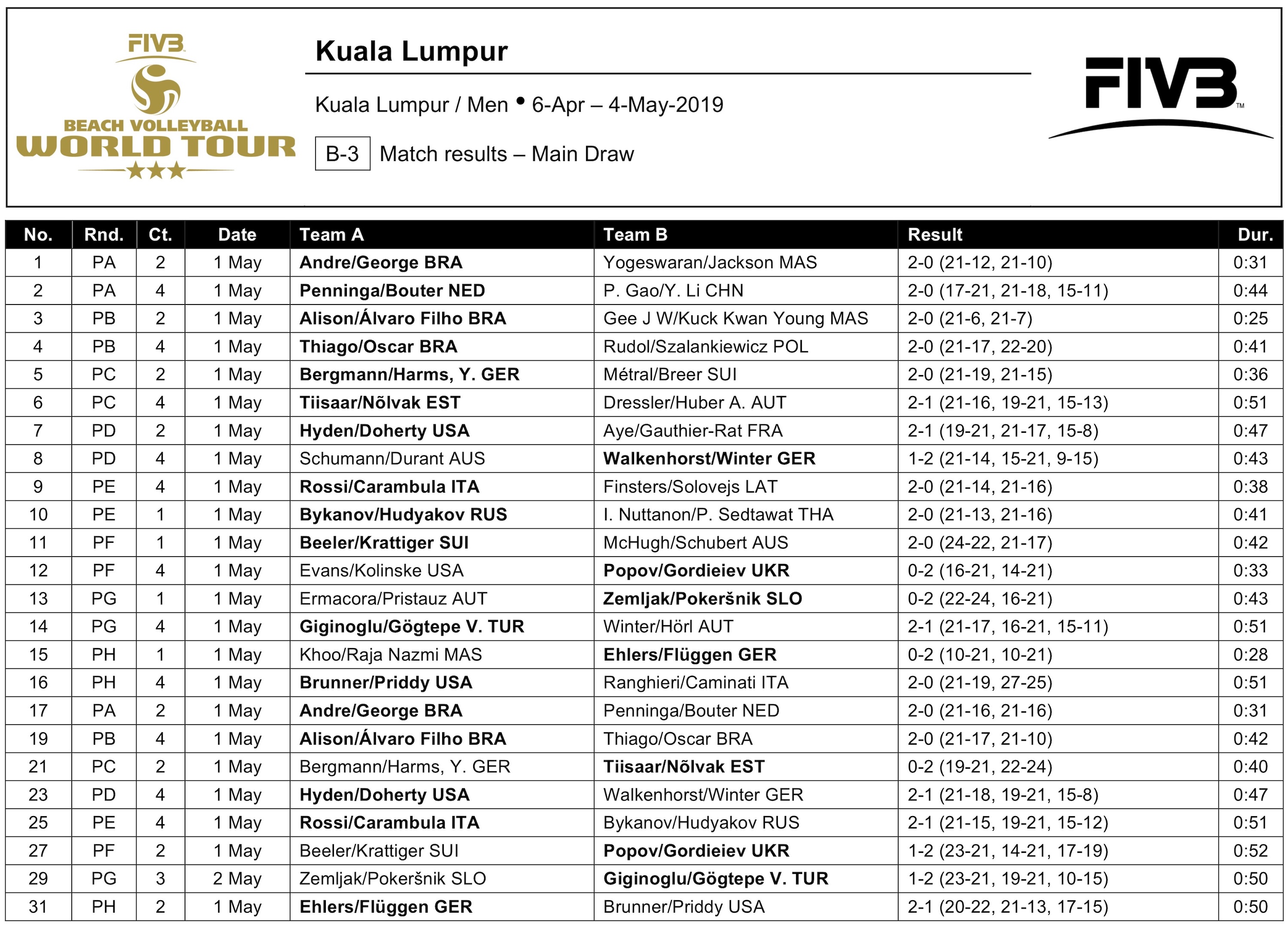 Andre and George struck early in the competition against Malaysians Elangovan Yogeswaran and Ting Jackson Kiet Sing with a 2-0 (21-12, 21-10) win, then carried that momentum to their next match against Dutch pair Ruben Penninga and Jasper Bouter to record a straight-set 2-0 (21-16, 21-16) win.

“It was windy and difficult to play because the wind was blowing from different directions, but we had the patience and we stuck together in spite of the errors,” George said.

“The first match wasn’t easy to play either because this is the first time we have faced them. It was also early in the morning so we had to adjust on that, but it was an easier match. We have our minds set on playing our best all the time against any team.”

Meanwhile, their compatriots Alison Cerutti and Alvaro Filho ruled Pool B, following their victories against Malaysia’s Gee Jia Wei and Kwan Young Kuck 2-0 (21-6, 21-7) and Thiago Barbosa and Oscar Brandao 2-0 (21-17, 21-10) in an all-Brazilian encounter.

Other European pairs winning both their matches to move straight to the second round were Estonia’s Mart Tiisar and Kusti Nolvak, Ukraine’s Sergiy Popov and Iaroslav Gordieiev, Turkey’s Murat Giginoglu and Volkan Gogtepe and Germany’s Nils Ehlers and Lars Fluggen.

Among the United States pairs in the pool play round, only John Hyden and Ryan Doherty survived the action with two tie-break victories.