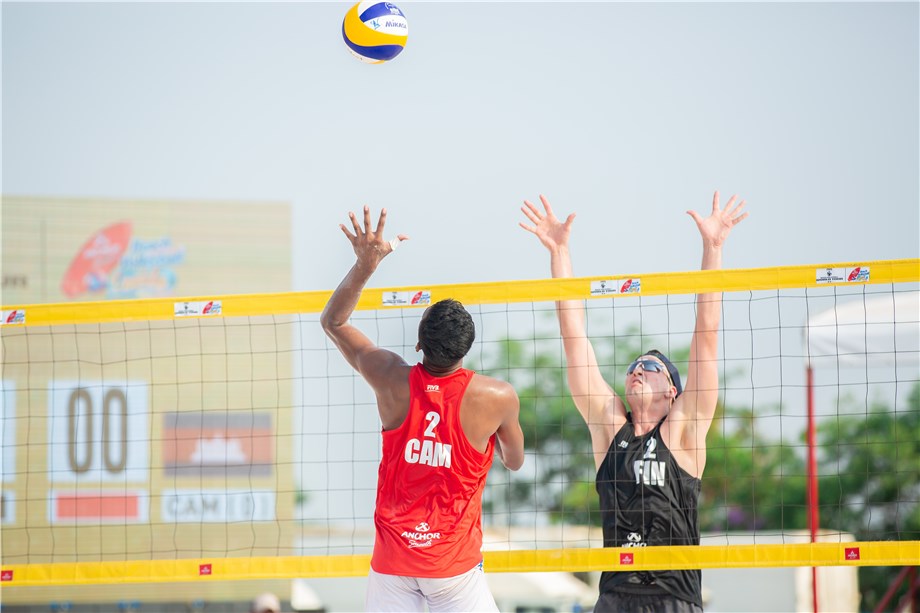 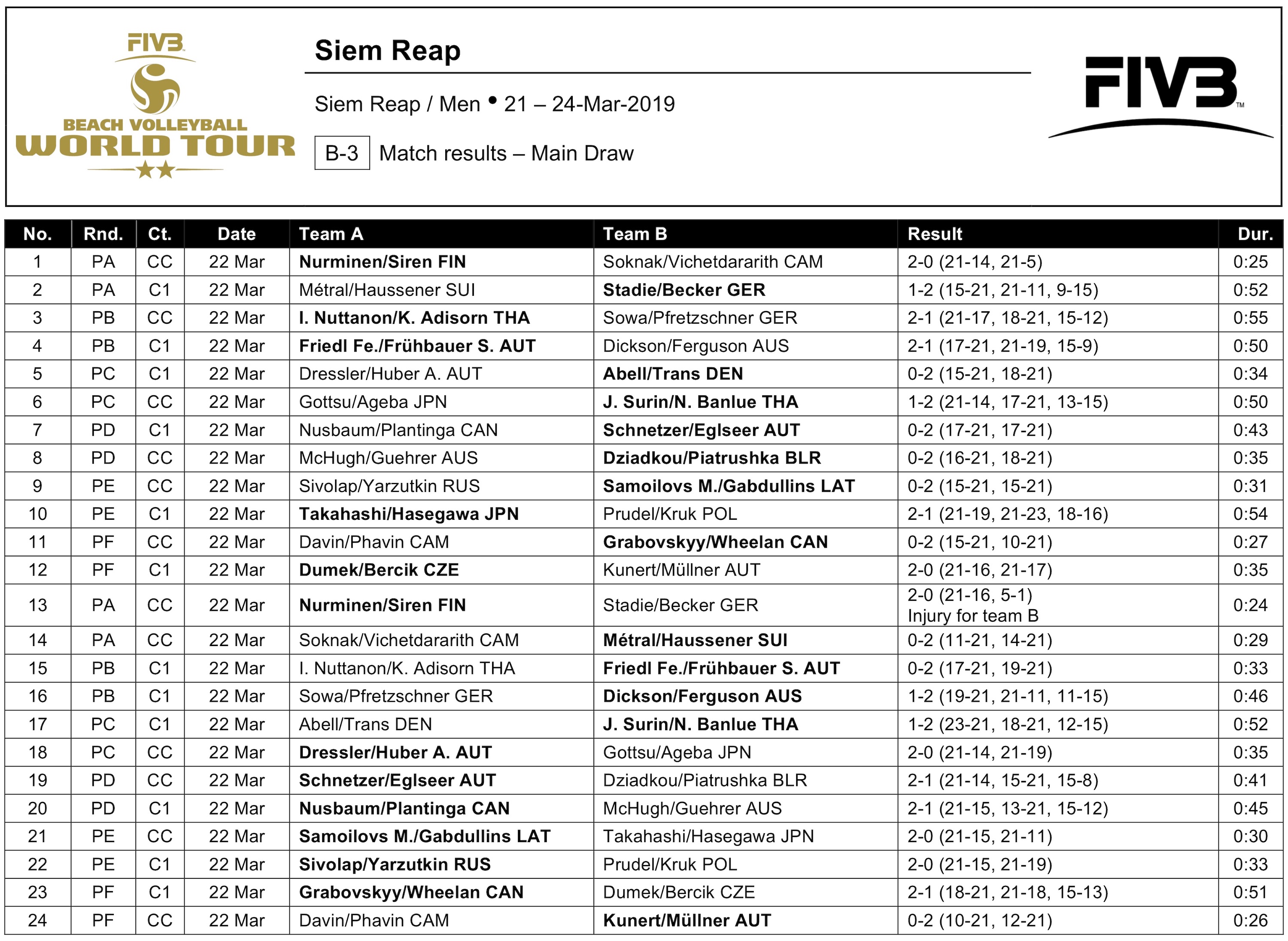 Nurminen and Siren topped Pool A as they opened their campaign with a clinical 2-0 (21-14, 21-5) win against Cambodia’s On Soknak and Jon Vichetdararith. In their second match, the Finns gained an easy win over Germans Eric Stadie and Paul Becker, who had to stop play just a couple of minutes into the second set due to injury 2-0 (21-16, 5-1)
The Siem Reap 2-star is the Finland pair’s second tournament this season after seeing action last January at the The Hague 4-star where they finished ninth.

Thailand’s Surin Jongklang and Banlue Nakprakhong carried their momentum from the qualification round to reign in Pool C with tie-break wins against Japan’s Yusuke Ishijima and Yuya Ageba and Denmark’s Kristoffer Abell and Martin Trans Hansen.

The third-seeded Austrians Christophe Dressler and Alexander Huber conceded their first match to the Danes, but prevailed in against the Japanese to make it to the next round. Their compatriots Florian Schnetzer and Peter Eglseer led with two wins in Pool D.