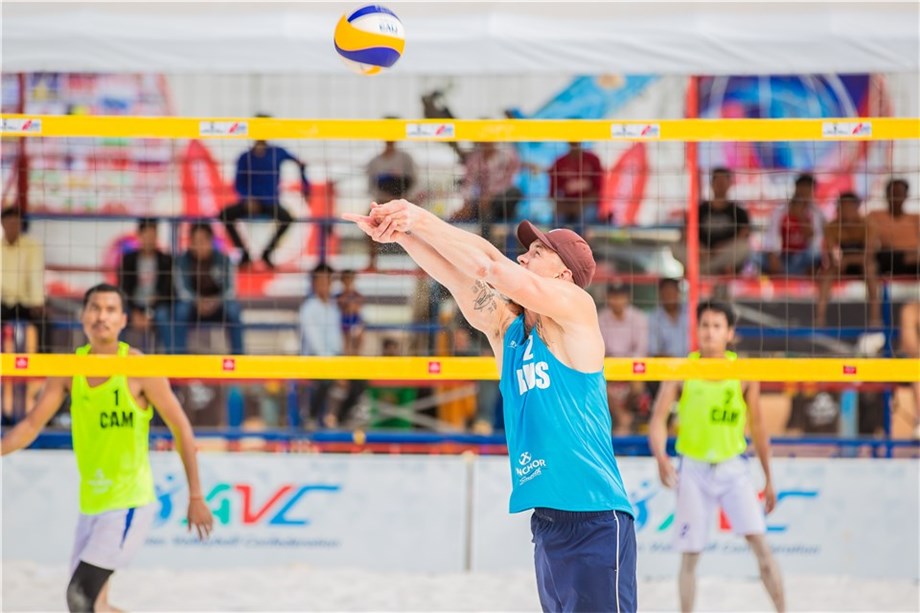 The Kg Speu 1-Star runs from March 7-10 and is one of two 1-Star tournaments organised by Cambodia during the 2018-19 World Tour, and one of 20 1-Star tournaments throughout the year.
Quick links - Beach volleyball:
FIVB Beach Volleyball World Tour - Kg SpeuFIVB.com - Beach volleyballFacebookTwitterInstagram
The Russian pair began with a 2-0 (21-16, 21-18) win over Cambodia’s Khlork Sim and Samith Sam and then followed up by beating Denmark’s Mads Rosager and Jacob Stein Brinck 2-1 (19-21, 21-17, 15-0).
As such they qualify for the second knockout round which takes place on Saturday. The second and third place teams will play in the first knockout round earlier in the day.
Qualifiers Mark Edwin Burik and Ian Satterfield of the USA also won two out of two to top Pool B. First came a 2-0 (21-16, 21-14) win over Singapore’s An Yang Mark Shen and Kingsley Tay, and then a 2-1 (21-15, 18-21, 15-10) victory against Gasper Plahutnik and Danijel Pokersnik of Slovenia.
Ivan Reka and Simon Fecteau-Boutin of Canada finished first in Pool C after they defeated Takashi Tsuchiya and Hitoshi Murakami of Japan 2-0 (24-22, 21-18) and South Africa’s Grant Goldschmidt and Leo Williams 2-0 (21-12, 21-18).
Fourth seeds Vasili Ivanov and Sergey Gorbenko ensured that two Russian teams progress into the second knockout round. First they defeated Cyprus’ Antonis Liotatis and Georgios Chrysostomou 2-0 (21-13, 21-10) and then secured top spot when Austria’s Moritz Fabian Kindl and Arwin Kopschar forfeited after the first set of their encounter. 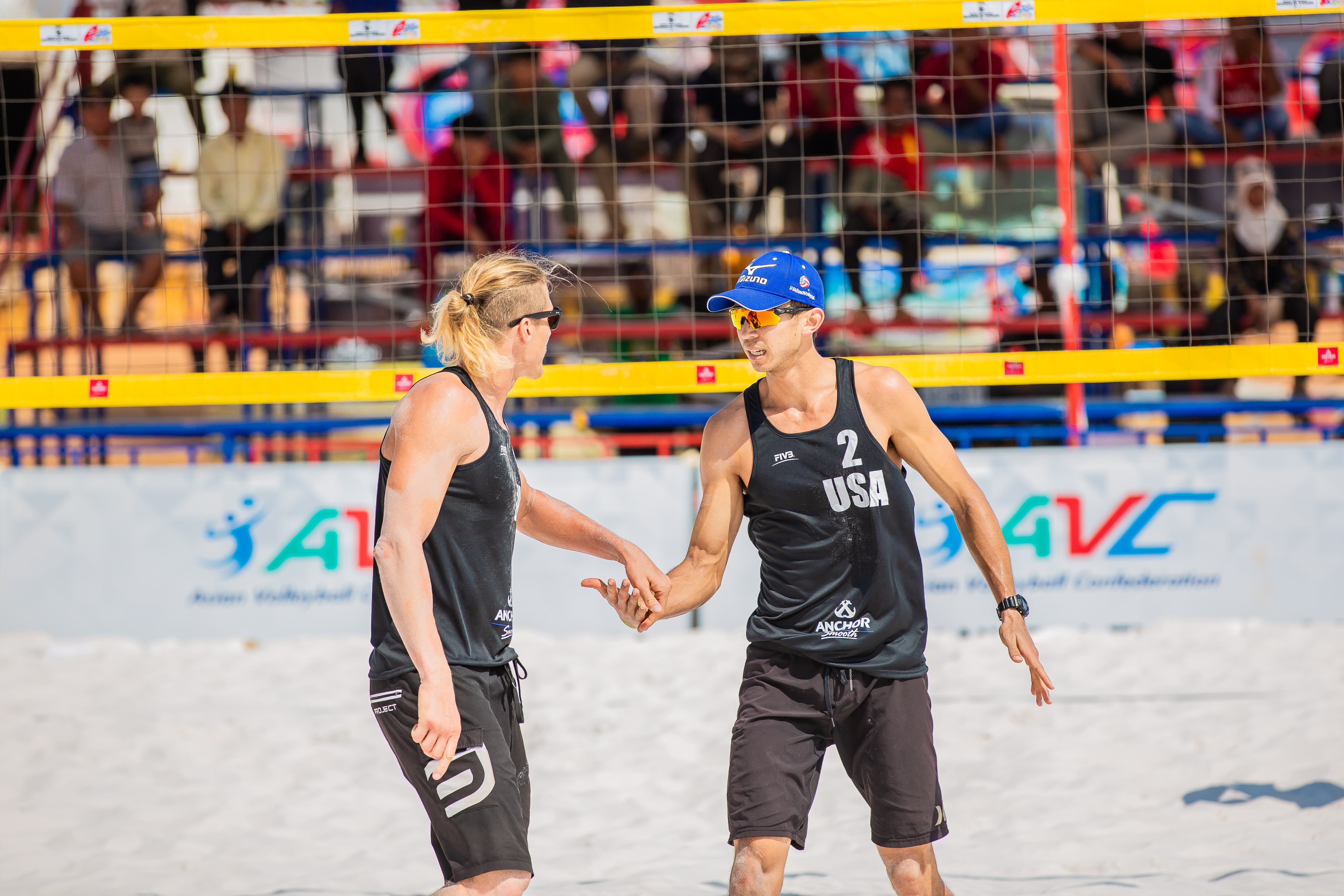