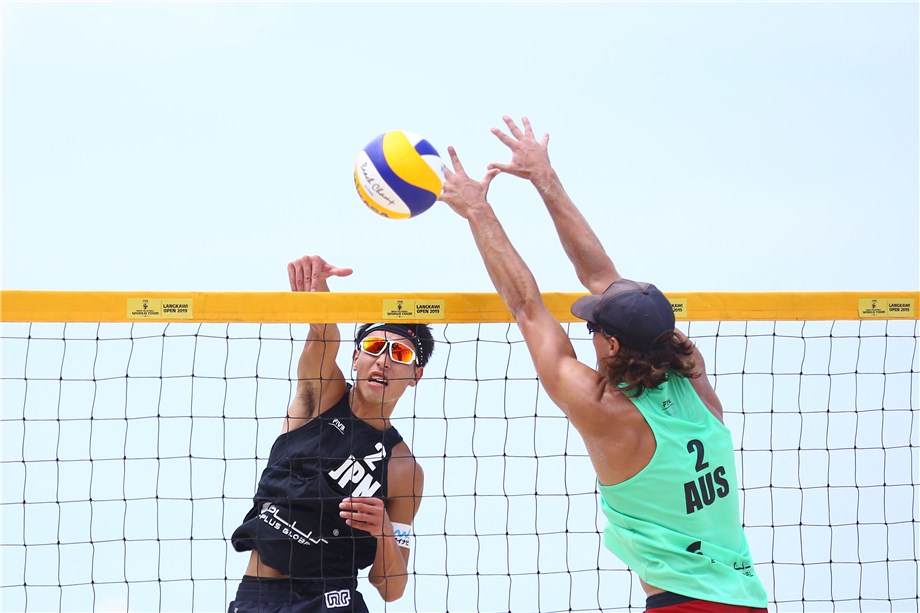 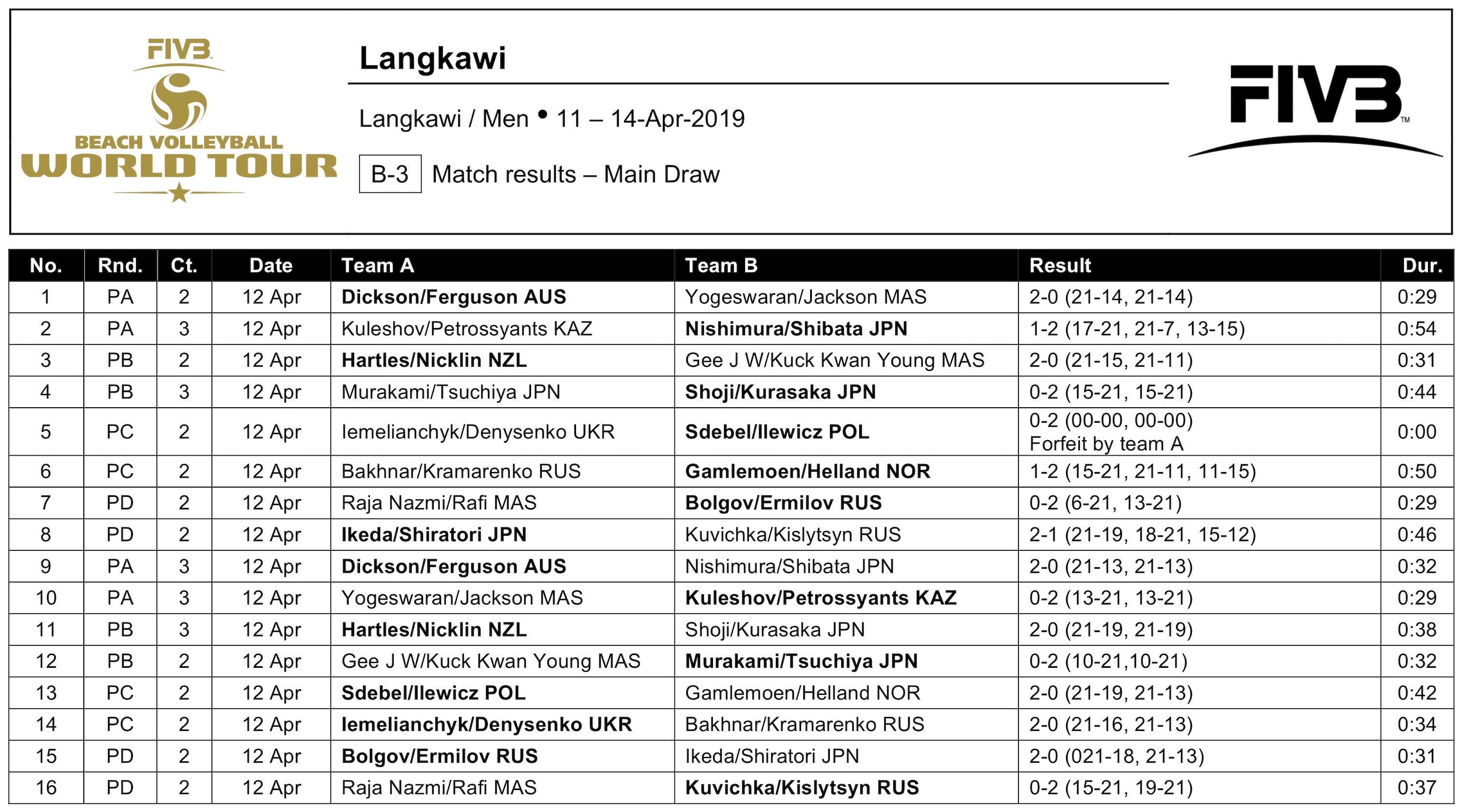 The Australian top seeds dominated Pool A as they stunned Malaysia’s Elangovan Yogeswaran and Ting Jackson Kiet Sing 2-0 (21-4, 21-14) in the first round and then outplayed Japan’s Koichi Nishimura and Daisuke Shibata 2-0 (21-13, 21-13) in their next match in group stage.

Quick links - Beach volleyball:
FIVB Beach Volleyball World Tour - Langkawi
FIVB.com - Beach Volleyball
Latest Videos
Facebook
Twitter
Instagram
In Pool C, Poland’s Adrian Sdebel and Piotr Ilewicz earned a bye in the first round, but made sure that they got the spot in the winner’s bracket with a 2-0 (21-19, 21-13) victory over Norway’s Jorn Olav Gamlemoen and Christian Helland.