The Dominican Republic filled the last vacant spot at Tokyo 2020 after shutting out Puerto Rico 3-0 (25-20, 25-18, 25-15) in the deciding match of the single round-robin pool at home in Santo Domingo on Sunday.

Once again it was Bethania de la Cruz with 16 points and Brayelin Martinez with 15 that paved the way for the Dominican Republic, who severely outblocked Puerto Rico 14 to 3 (five blocks alone by Lisvel Eve). Daly Santa with 11 points was Puerto Rico's best scorer.

The 'Queens of the Caribbean' will be making their third Olympic appearance. They ranked 11th in Athens 2004 and finished 5th in London 2012 after being knocked out in the quarterfinals by USA. 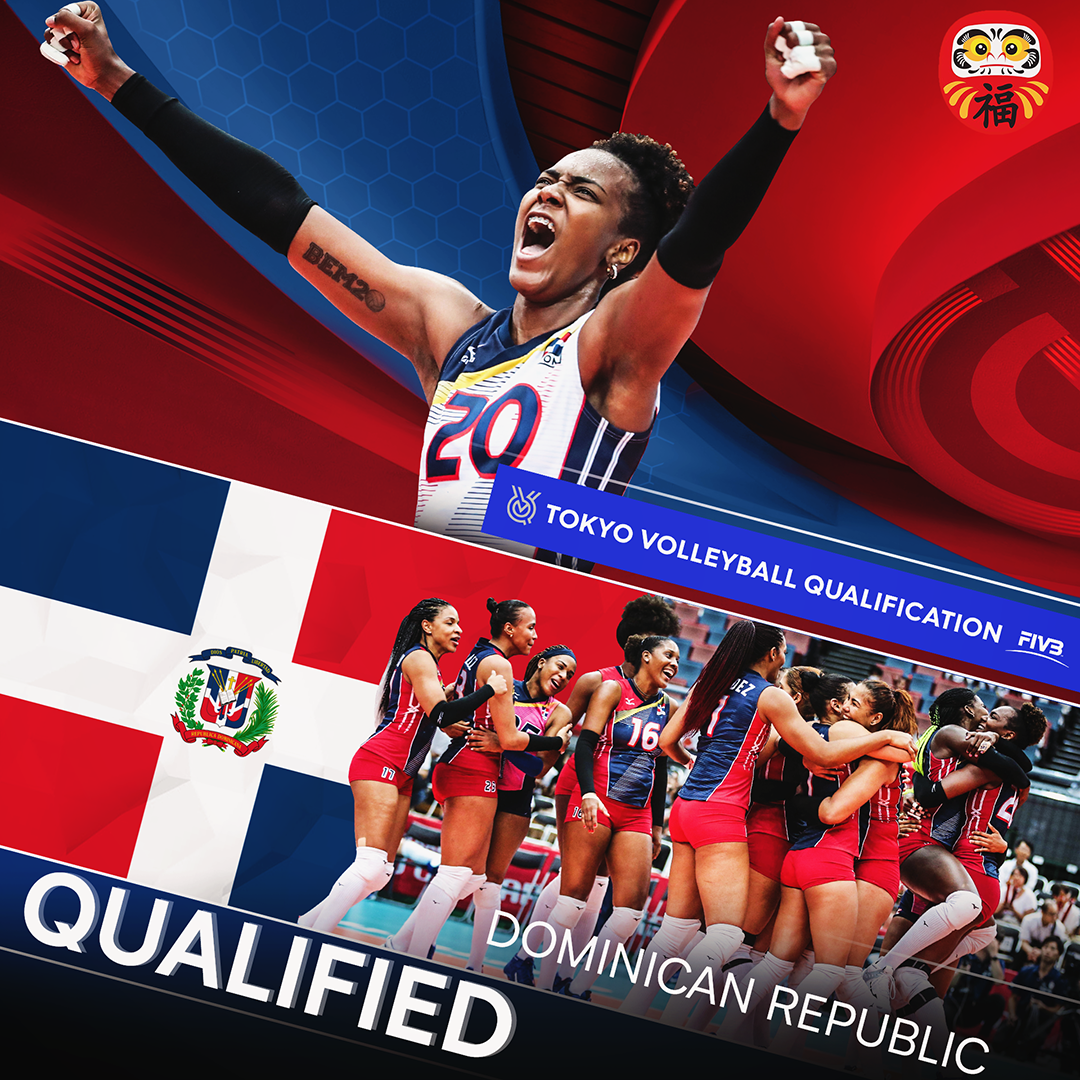 Alexa Gray with a match high of 26 points and Kiera Van Ryk with another 23 led Canada. Samantha Bricio scored 22 for Mexico. 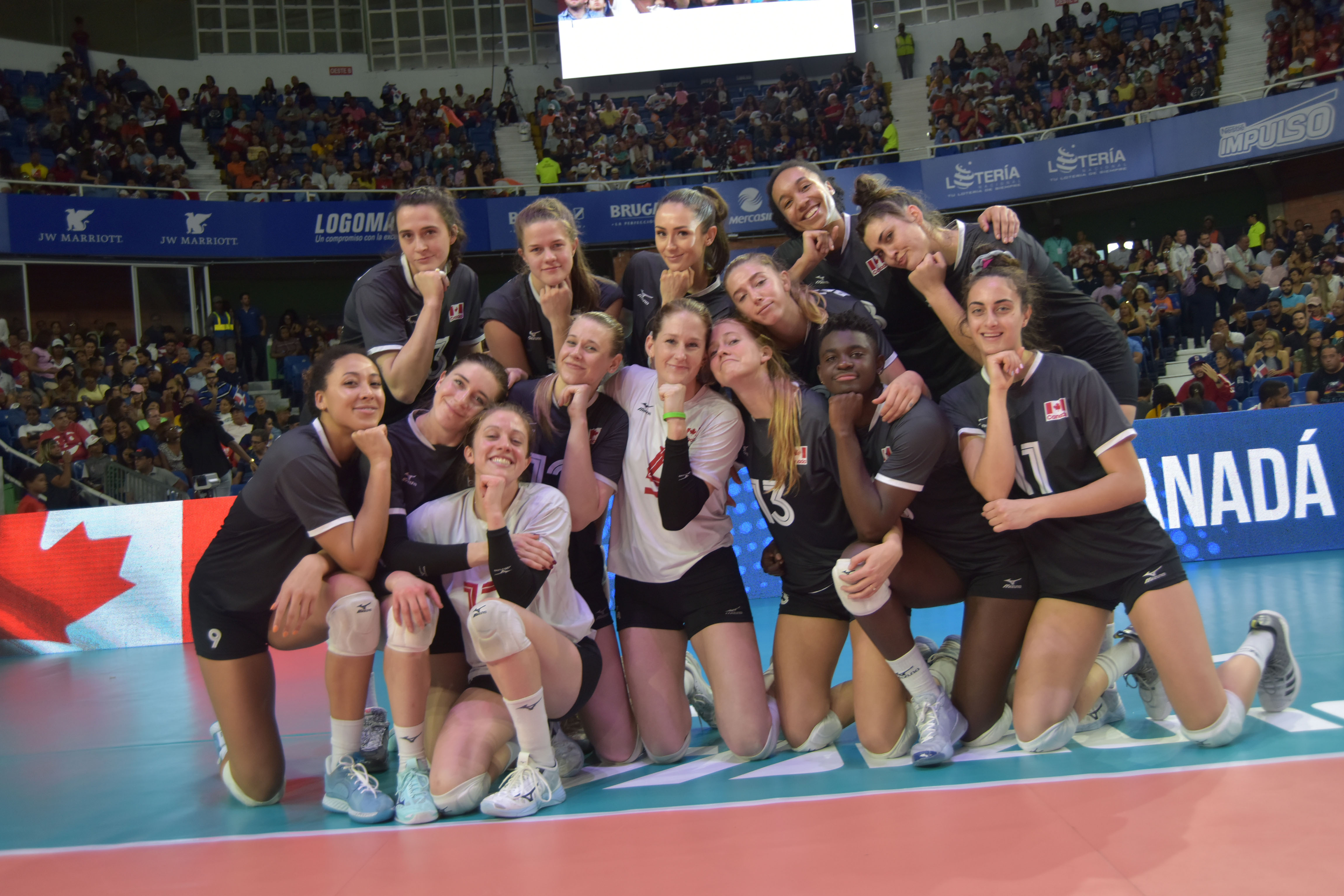 Canada may have missed out on the Tokyo 2020 Olympics, but seem happy after their win over Mexico on Sunday for third place in the North & Central America and Caribbean qualifiers.

Europe
Despite having played for more than two and half hours the previous night in the semifinals, almost until midnight, Turkey came back fresh and fighting to get the better of Germany 3-0 (25-17, 25-19, 25-22) in Apeldoorn and take the European ticket to the Tokyo 2020 Olympic Games. It was all over in just 73 minutes. 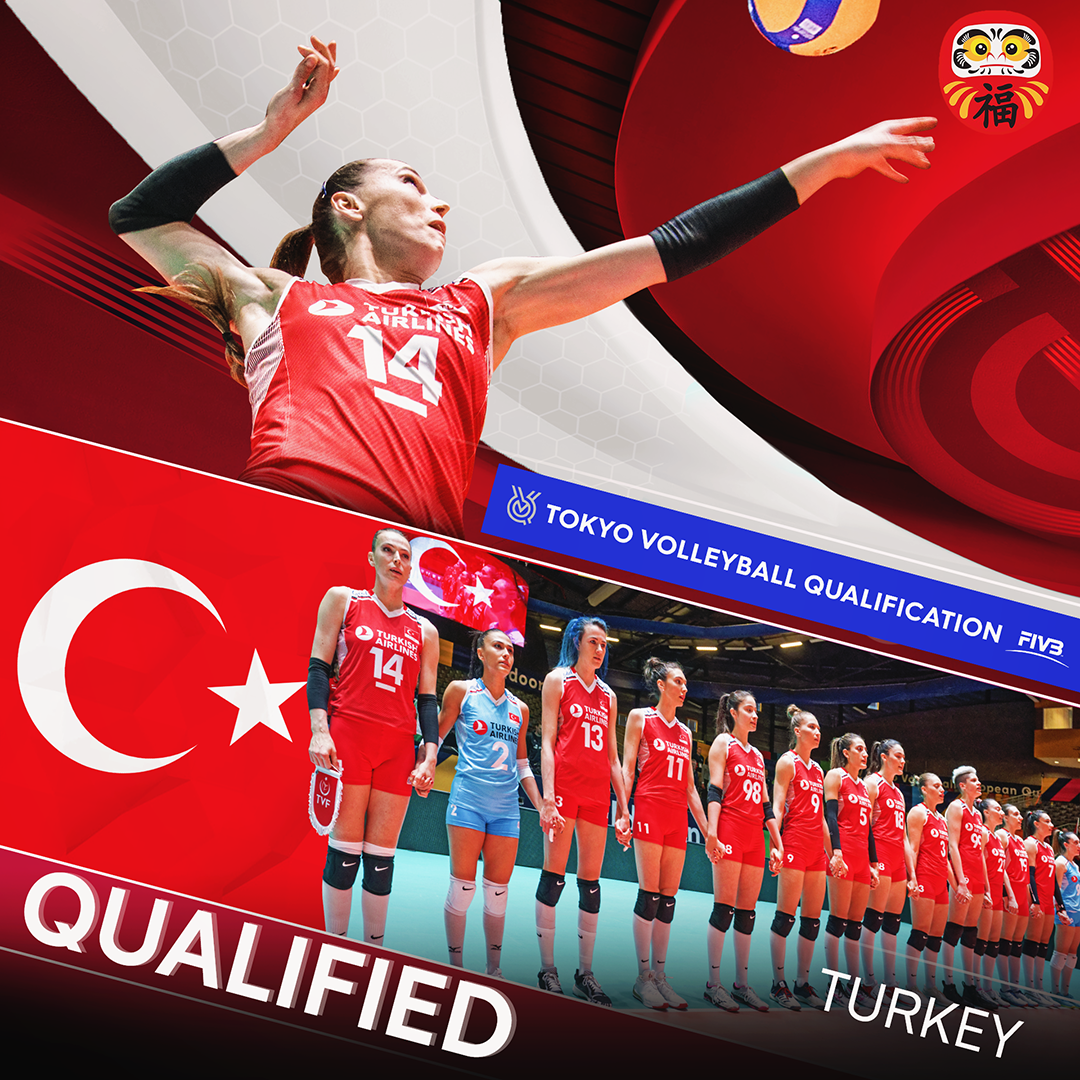 Turkey enjoyed a healthy lead in the third set, but Germany managed to draw level at 21-21, before setter Naz Aydemir sent two massive serves - one a direct ace with the help of the net and another that earned Turkey a free ball and the opportunity to bring it home there and then on the counter-attack.

Hande Baladin took charge of the scoring this time, bringing in 18 points for Turkey, with Eda Erdem adding another 14. Louisa Lippmann scored 14, but Germany struggled to get the ball on the floor and also lacked in the back row.

This will be Turkey's just second ever appearance at the Olympic Games, after finishing 9th in London 2012.
Asia
Korea thundered past hosts Thailand 3-0 (25-22, 25-20, 25-20) and hugely disappointed a sellout crowd at Nakhon Ratchasima and the whole nation that was caught up in volleyball fever ahead of the match, grabbing the sole ticket of the Asia qualifier. 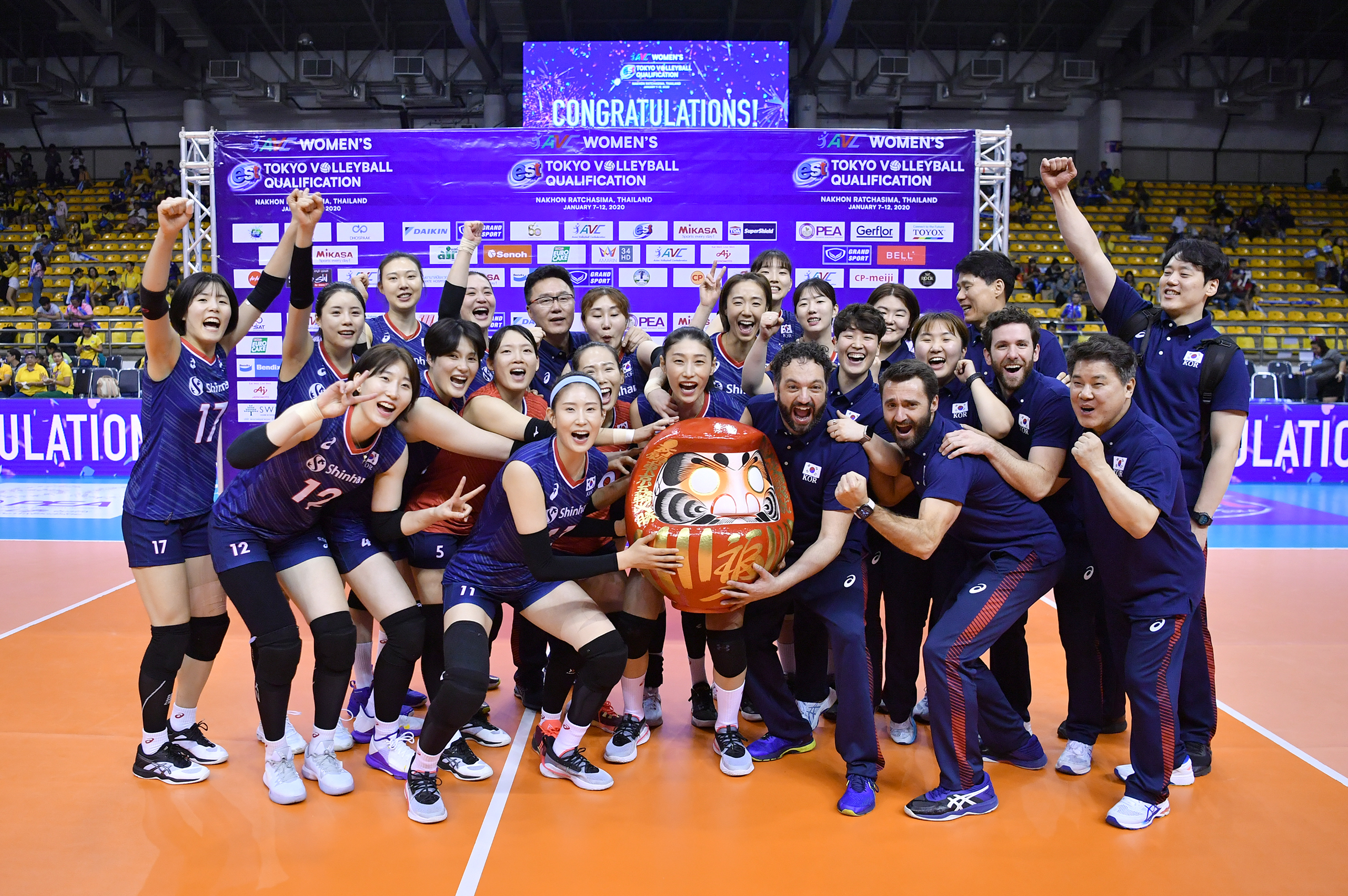 Korea celebrate with Daruma doll that they received for qualifying to the Tokyo 2020 Olympic Games.

Thailand only led briefly midway into the third set, and overall outblocked Korea 9 to 6, but it was all over surprisingly quickly, in just 90 minutes.

Kim Yeon Koung, the London 2012 Olympics MVP, was back in full form and on fire, as she led Korea with her match high of 22 points, including two blocks and two aces. Lee Jaeyeong added another 18 points for Korea, but there was no Thai player to score in double digits, Malika Kanthong (who was subbed out in the third set) only reaching 9. 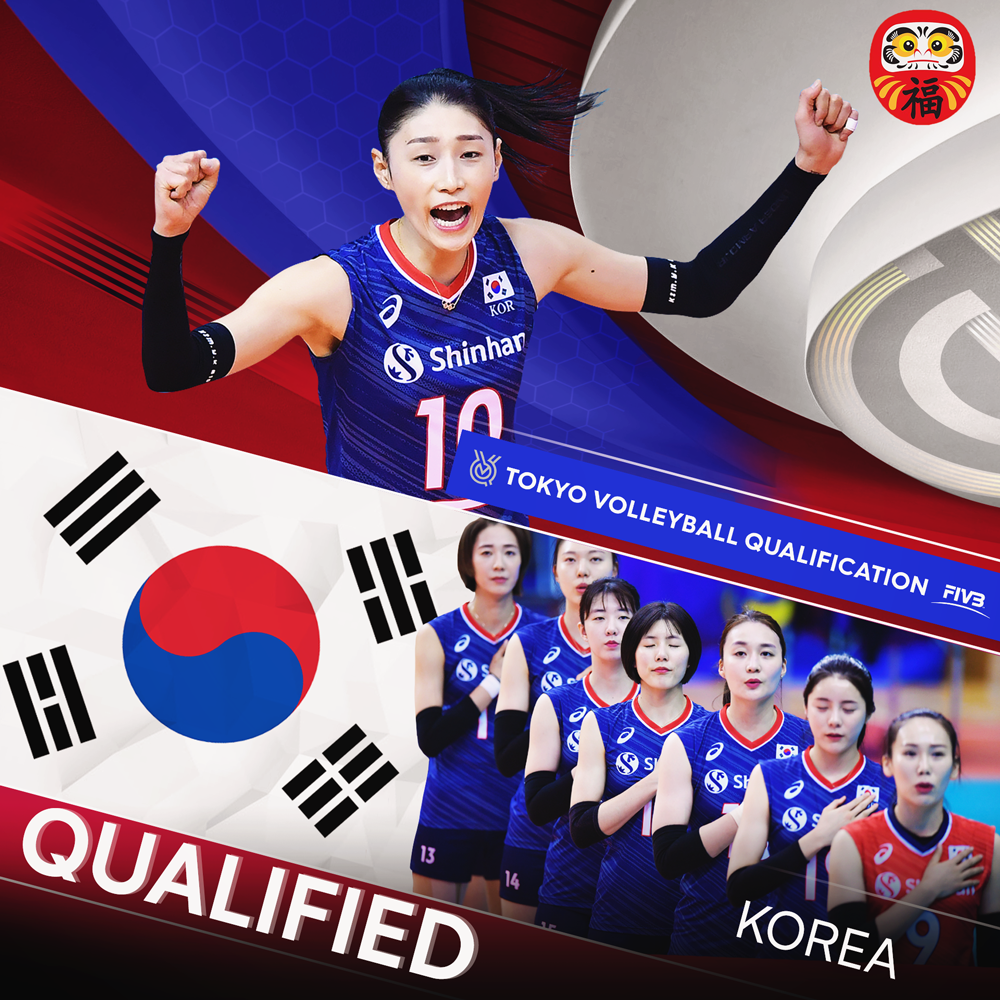 Korea will be making their third straight and 12th overall appearance at the Olympic Games, having missed out only on three occasions since the sport was introduced to the Olympic Programme in Tokyo 1964. They were bronze medallists in Montreal 1976 and more recently lost to Japan in the bronze medal match of London 2012. Korea ranked 5th last time around in Rio 2016, eliminated in the quarterfinals by the Netherlands.

It took the Central Asia side three match points to finish the game in the fourth, with Sana Anarkulova leading the side on a match high of 23 points. Chinese Taipei's Chang Li-Wen was just a point behind in the scoring, at 22. 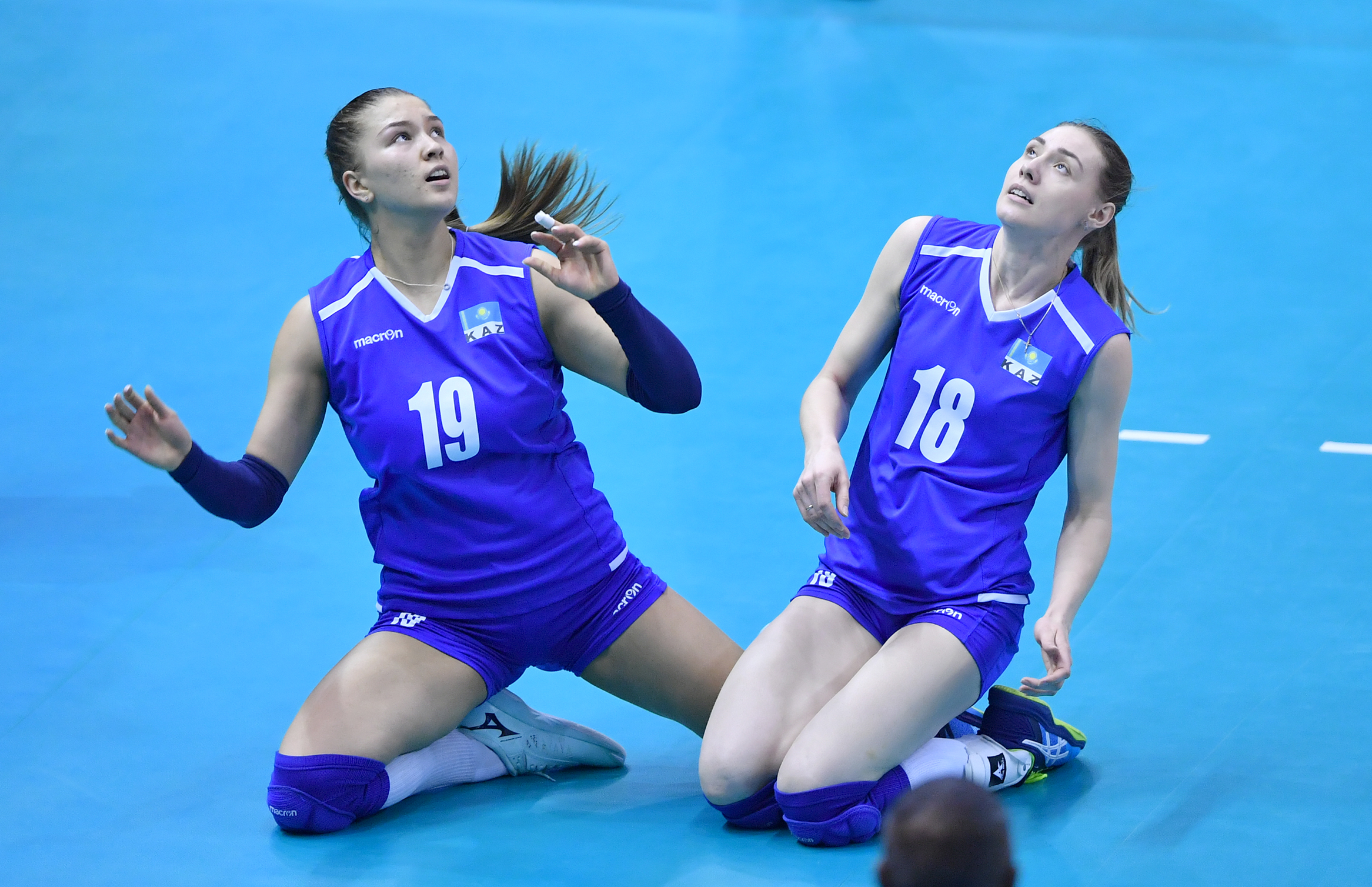 Kazakhstan's Zhanna Syroeshkina and Kristina Anikonova look up for the ball during the bronze medal match against Chinese Taipei at the Asia qualifiers for the Tokyo 2020 Olympic Games.