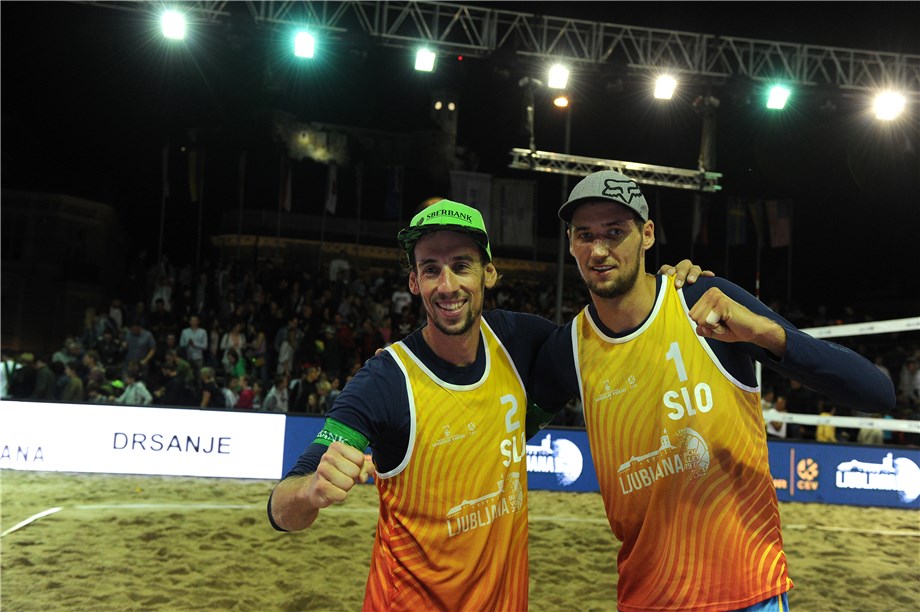 Ljubljana, Slovenia, August 3, 2019 – Nejc Zemljak/Jan Pokeršnik and Vid Jakopin/Tadej Boženk continued with their winning streak and kept Slovenia in contention for a home gold, as they face teams from Austria and the Netherlands in Sunday’s semifinals of the FIVB Beach Volleyball World Tour Ljubljana 1-star. 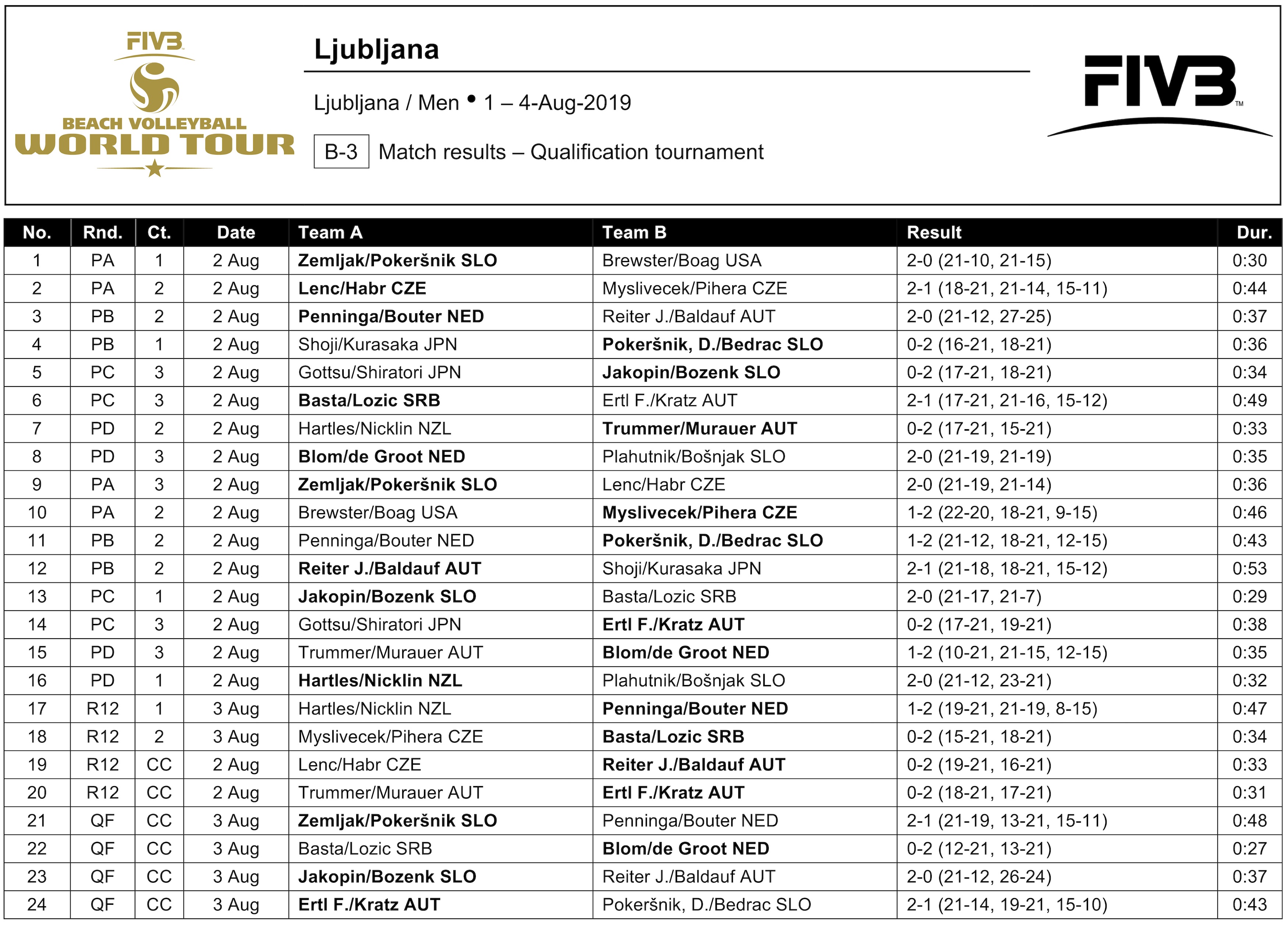 The first men’s quarterfinal match of the day between Serbia’s Stefan Basta/Ivan Lozić and the Netherlands’ Yorick de Groot/Mees Blom was postponed due to thunderstorm. After less than an hour, the players were back on court and the crowd back on the stands. The Dutch pair bested their opposition in the end.
Following them in the winners’ circle is Austria’s Florian Ertl/Johannes Kratz advanced who advanced to the final four after beating Slovenia’s Danijel Pokeršnik/Jure Peter Bedrač. They closed the game with a 2-1 (21-14, 19-21, 15-10) win.

Vid Jakopin and Tadej Boženk were the first Slovenian team that made it to the semifinals after eliminating Austria’s Jakob Reiter/Simon Baldauf 2-0 (21-12, 26-24).
“We are extremely happy that we made it. We lost our focus for a while in the second set and the opponents delivered a solid performance, however the most important thing is that we advanced to the next round. This is also a good reminder for the next game that we have to stay focused the whole time. The atmosphere here is just amazing! Ljubljana is a totally crazy venue,” Jakopin said.
The last quarterfinal match of the day was a crowd pleaser. In the clash of the pre-favourites of the tournament Slovenia’s Nejc Zemljak/Jan Pokeršnik and Ruben Penninga/Jasper Bouter from the Netherlands, the home team took the glory with a 2-1 (21-19, 13-21 and 15-11) victory.
“This was a good match from our side except the second set which we did not start well and later we could not find our rhythm,” said Pokersnik. “We tried to keep calm and to regroup for the third one and I believe we were successful.”