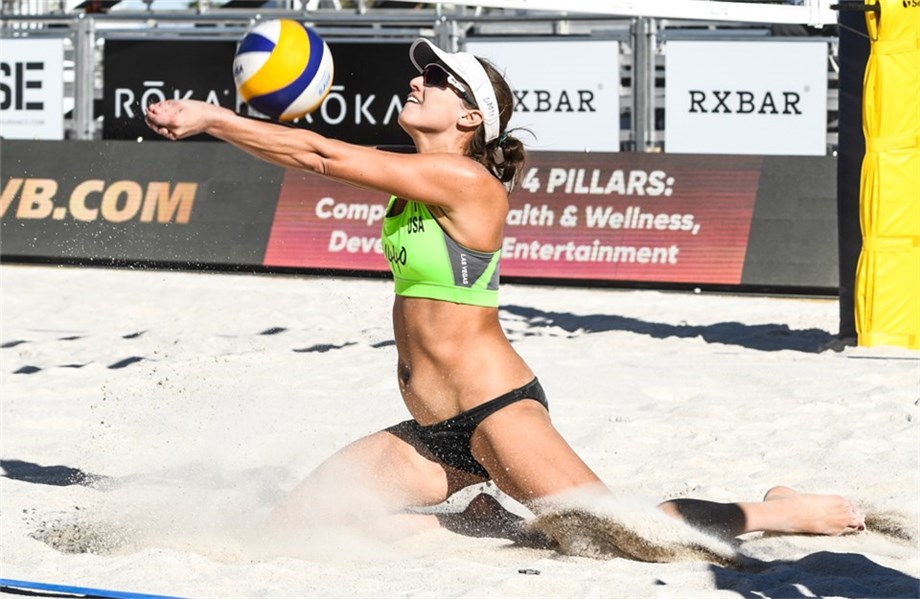 Las Vegas, USA, October 19, 2018 – Beach volleyball teams from the United States and Brazil were the first to claim their spots in the women’s quarterfinals of the Las Vegas Open presented by p1440, the four-star World Tour event at the American resort city.
Americans Emily Day and Betsi Flint and Brazilians Rebecca Cavalcanti and Ana Patricia Silva ended the second day of the main draw qualified to the quarterfinals. The six remaining matches of the Round of 16 will be played on Saturday, when the quarterfinals and semifinals will also take place. 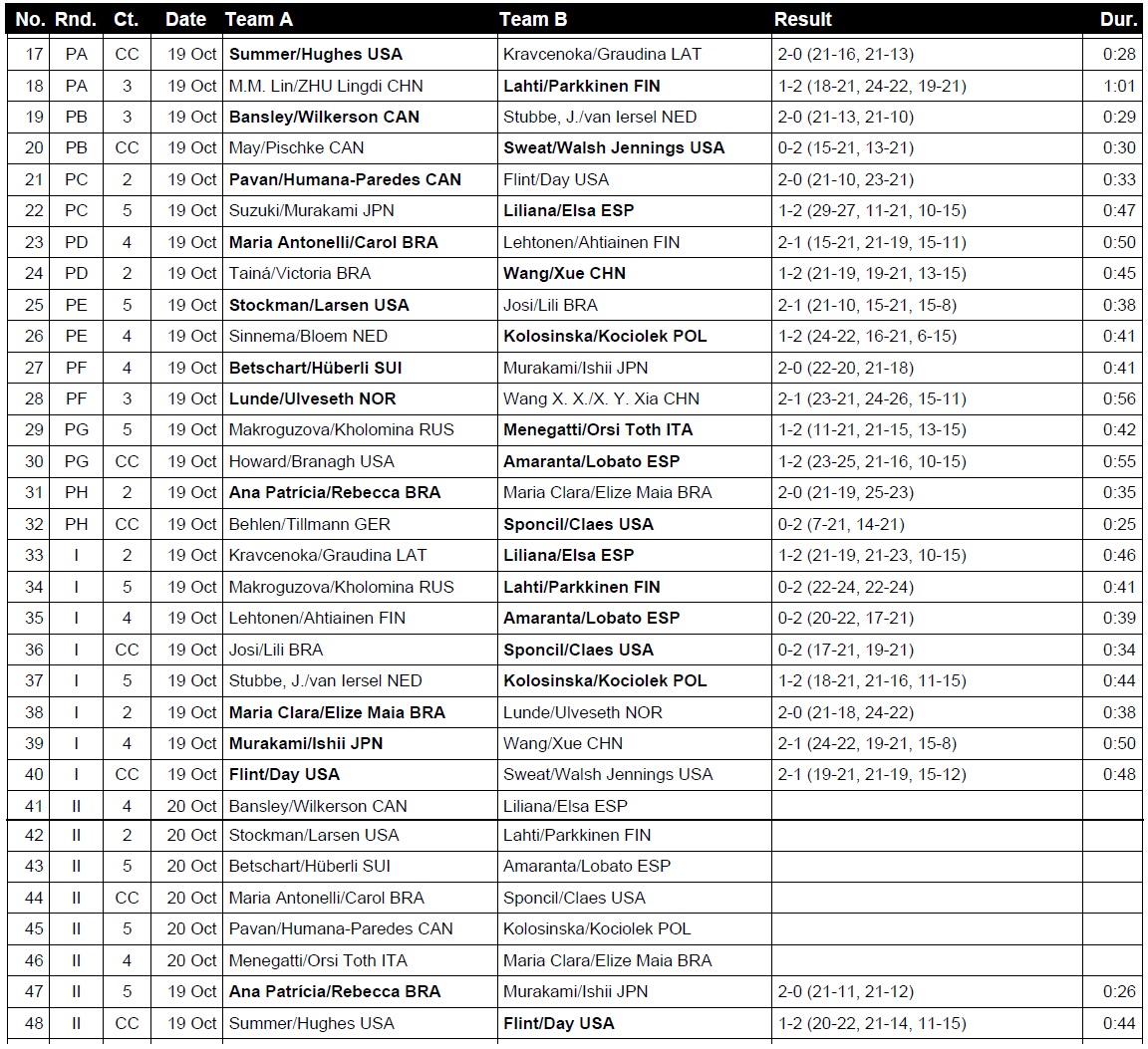 Between the two qualified teams, the Americans were the ones to definitely have the hardest way to go as they played three matches on Friday. Day and Flint, who started the event in the qualification tournament, opened the day with a two-set (21-10, 23-21) setback to Canada’s Sarah Pavan and Melissa Humana-Paredes in their second match in Pool C.
They bounced back against compatriots Kerri Walsh Jennings and Brooke Sweat, eliminating the veterans in the Round of 24 with a 2-1 (19-21, 21-19, 15-12) victory, and followed it up with another three-set (22-20, 14-21, 15-11) triumph against another American duo, the one of Sara Hughes and Summer Ross, in the Round of 16.
“This is already our best finish in a four-start event,” a joyful Flint celebrated after the game. “Emily blocked so many balls and she saves us a lot of times in transition. That was huge in the last match. We tried to take one game at a time because we knew it could be a long day. We had a tough start against Canada, it wasn’t our best showing, but we really just stayed in the moment.”
Rebecca and Ana Patricia, who also started their campaign in Las Vegas in the qualifier, had a couple of victories on Friday to secure their spot in the quarterfinals. The young team prevailed in an all-Brazilian affair with Maria Clara Salgado and Elize Maia Secomandi, posting a 21-19, 25-23 triumph to top Pool H.
In the Round of 16, the Brazilians needed just 26 minutes to outscore Japan’s Megumi Murakami and Miki Ishii 21-11, 21-12 and head to the quarterfinals, where they will play Betsi and Flint for the first time.
The six remaining matchups of the Round of 16 are Canada’s Heather Bansley/Brandie Wilkerson vs. Spain’s Liliana Fernandez/Elsa Baquerizo, USA’s Kelley Larsen/Emily Stockman vs. Finland’s Taru Lahti/Anniina Parkkinen, Switzerland’s Nina Betschart/Tanja Huberli vs. Spain’s Amaranta Navarro/Angela Lobato, Brazil’s Maria Elisa Antonelli/Carolina Salgado vs. USA’s Kelly Claes/Sarah Sponcil, Canada’s Sarah Pavan/Melissa Humana-Paredes vs. Poland’s Kinga Kolosinska/Katarzyina Kociolek and Italy’s Marta Menegatti/Viktoria Orsi Toth vs. Brazil’s Maria Clara Salgado/Elize Maia Secomandi.
Quick links - Beach volleyball:FIVB Beach Volleyball World Tour - Las VegasFIVB.com - Beach volleyballLatest VideosFacebookTwitterInstagram