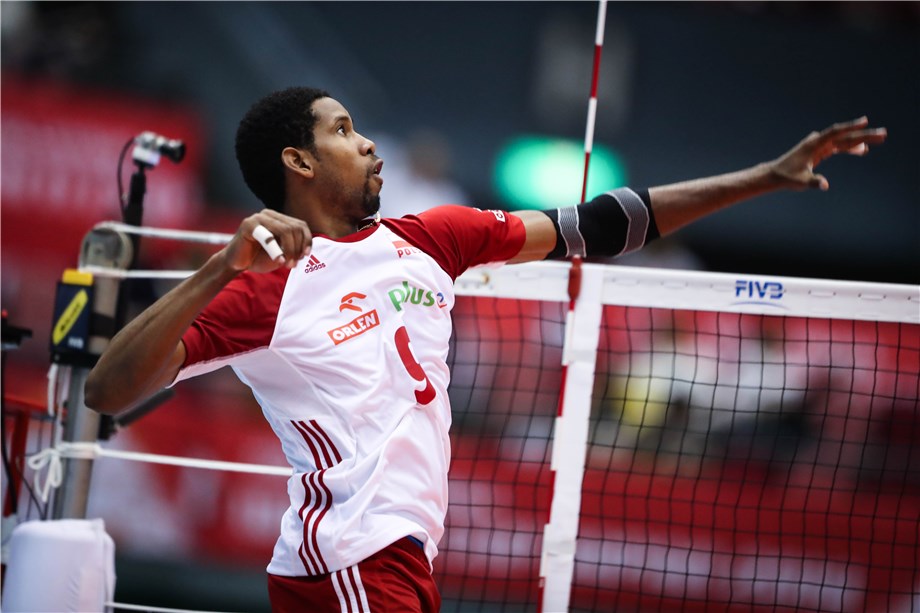 USA 3-1 Iran
The United States posted a 3-1 (25-18, 22-25, 25-18, 25-12) victory against Asian champions Iran. The reigning World Cup titlists started well in counter-attack and made a mere three errors in the first set, but took more risks in their plays allowing Iran an opportunity to snatch the second set.

USA recovered and firmed up on their block-defence and continued to play great floor defence to gain a 2-1 set advantage, followed by a complete game highlighted by a good service game in the fourth set to secure the match victory.

Poland recovered from the loss of the opening set, when Russia opened with a good attack game, but the latter could not sustain their drive as the reigning world champions played with fewer turnovers in the next three frames.

“I think we played an OK game, especially in attack,” Russia coach Tuomas Sammelvuo said. “We were behind many times so trying to do something with the break point is also one reason that we made many service mistakes. When the opponent is serving very well, you try to force it a little bit and there are some mistakes.”

Brazil 3-0 Argentina
Currently in pole position in the World Cup ranking are Rio 2016 Olympic gold medallists Brazil, who continued their perfect run as they handed defeat to their South American rivals Argentina in a straight-set encounter 3-0 (25-19, 25-19, 26-24) and claimed their sixth win in the tournament.

“We are in the process of developing the complexion of the team,” Brazil coach Renan Dal Zotto said. “We are trying to establish the identity and the characteristics of the team. In the Volleyball Nations League and the South American Championship, I have been using these starting players because we are in that process of developing this identity. But that doesn’t mean that the other players are outside of the team. All of my fourteen players including my substitutes are ready, and that is how we are rebuilding the team.”

The hosts tallied 44 attacks and eight service aces to stay in fourth place with four wins and two losses.

Canada 3-2 Tunisia
Canada also got a 3-3 win-loss card after beating Tunisia in a tight five-setter 3-2 (25-20, 20-25, 29-27, 20-25, 15-12). The Canadian side had four scorers producing double-digit figures, led by Sharone Vernon Evans who had a team-high 23 points, while Hamza Nagga scored big for Tunisia and was the first player to bag 30 points in a single match in the 2019 Men's World Cup. Thomas Edgar of Australia holds the record for the number of points scored in a single World Cup match with 50 against Egypt in 2015. Watch them here.