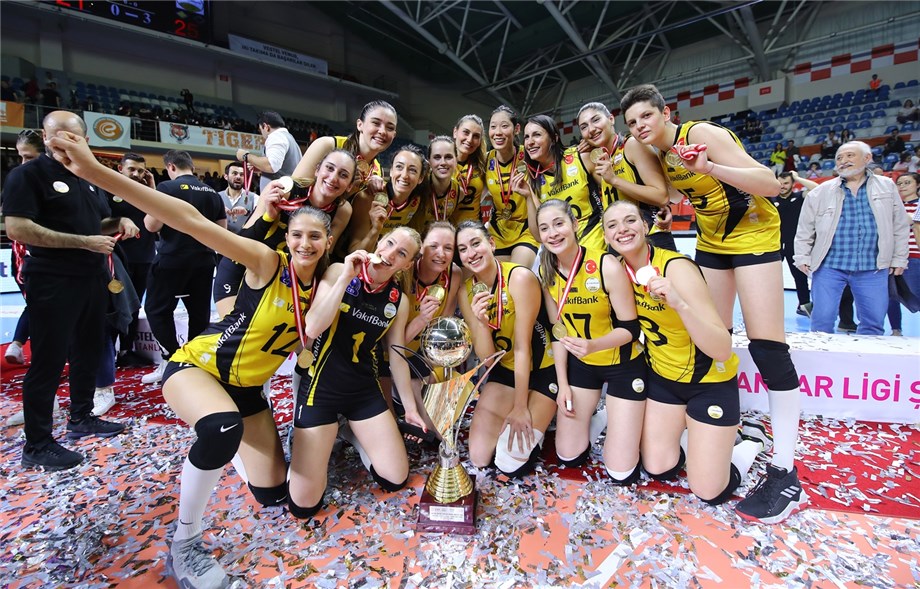 Lausanne, Switzerland, May 5, 2015 - VakifBank Istanbul successfully defended their title in the Turkish Women's League with a very solid 3-0 (25-17, 25-18, 25-21) sweep on Sunday evening of crosstown rivals Eczacibasi VitrA at the Burhan Felek in the fifth and deciding game of the best-of-five final series.

Led by Chinese superstar Zhu Ting, the final series' MVP, who scored 14 points on Sunday, three-time world champions VakifBank completely dominated their opponents for their 11th title in the history of the Turkish League, with USA's Kelsey Robinson greatly contributing in receiving.

Serbia's Tijana Boskovic was top scorer of the game with 16 points for Eczacibasi, with USA's Jordan Larson adding another 13.

Players to watch at the 2019 FIVB Volleyball Nations League include Zhu Ting, Tijana Boskovic, Cansu Ozbay and Gizem Orge Guner, as well as other VakifBank and Eczacibasi players including Kelsey Robinson of the United States and Lonneke Sloetjes of the Netherlands from Vakifbank and Jordan Larson of USA and Kim Yeon-Koung of Korea from Eczacibasi. This year's edition of the Volleyball Nations League begins on May 21.