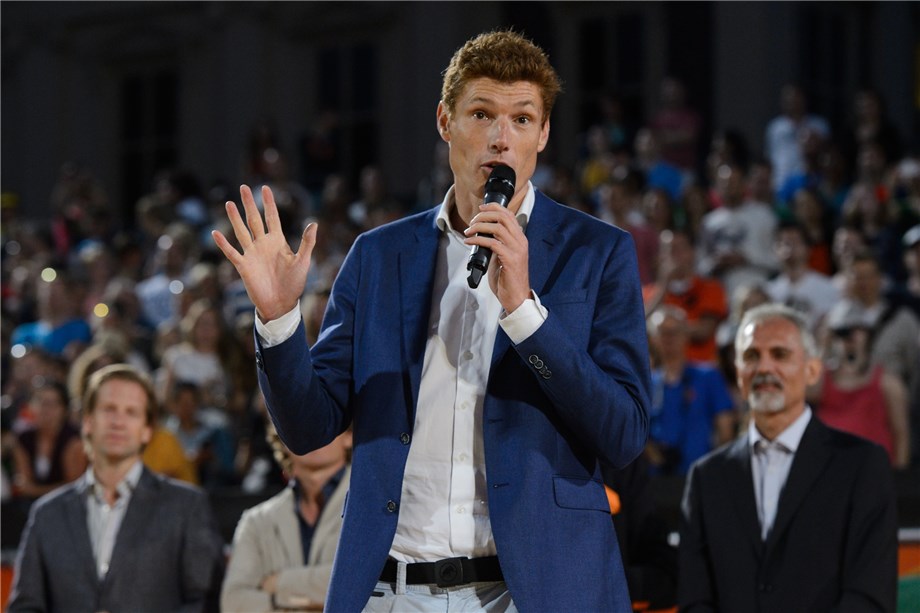 Van de Goor is considered one of the best middle blockers in the history of Dutch volleyball and was a key member of the Netherlands team that won gold at the 1996 Olympics in Atlanta, USA. He has since acquired experience as a tournament director in beach volleyball, including during Dutch World Tour tournaments in 2013 and 2014 and at the FIVB Beach Volleyball World Championships in the Netherlands in 2015. 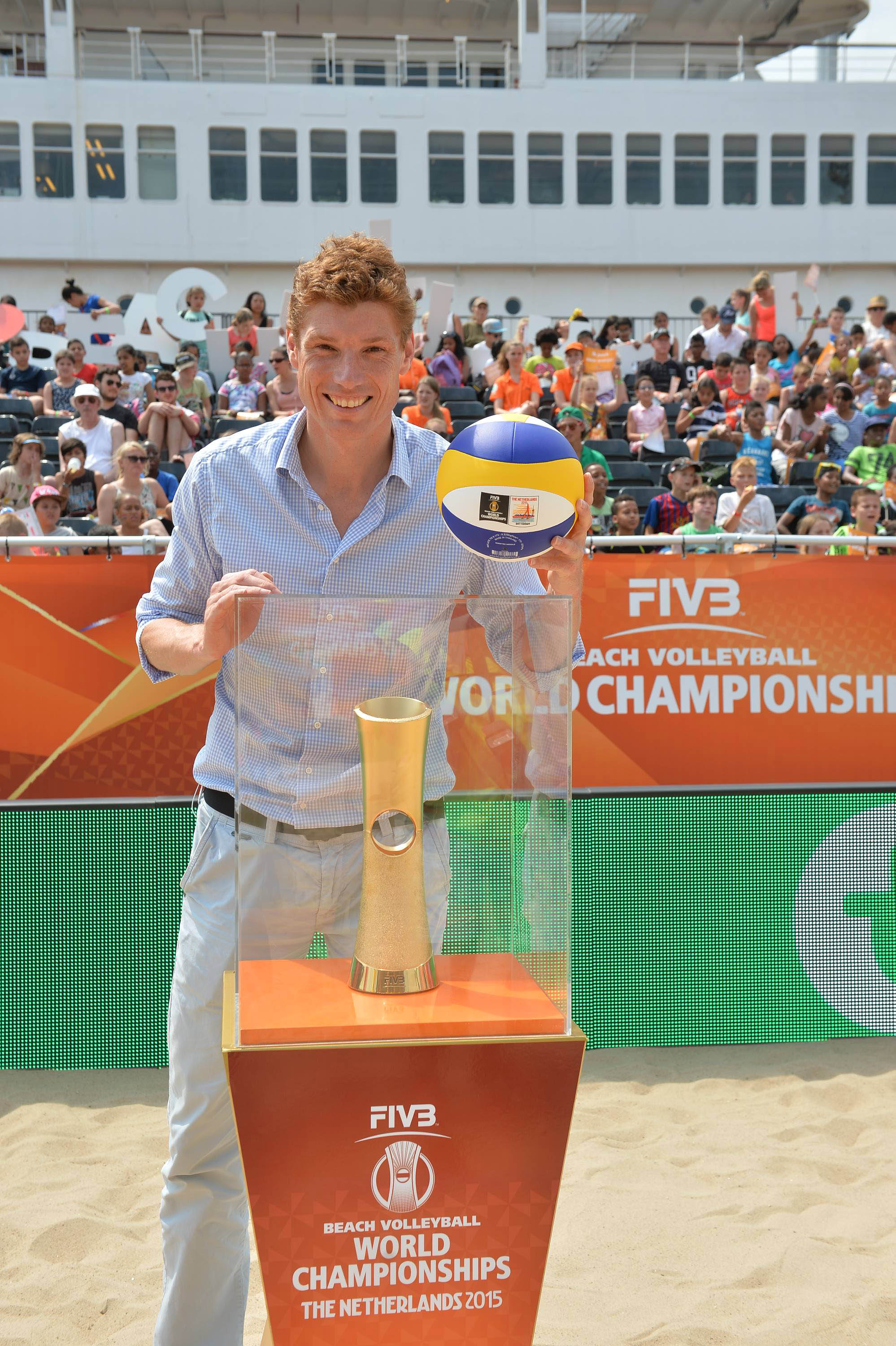 Van de Goor with the World Championship trophy in 2015
"I think it's great to be involved in volleyball again in this way," said Van de Goor. "From 2013 to 2015 I worked with athletes and in tournament organisation. It is nice that I can generate extra attention for my foundation in this way."
In 2003 Van de Goor was diagnosed with type 1 diabetes. He now heads a foundation which aims to improve the quality of life of people with diabetes through sport and exercise. The Bas van de Goor Foundation has had a partnership with Nevobo since 2013 and is visible at many of their events.

Set to take place from January 2 to 6 at the Sportcampus Zuiderpark in The Hague, tickets can now be ordered for the DELA Beach Open 2019. Click here for more information.