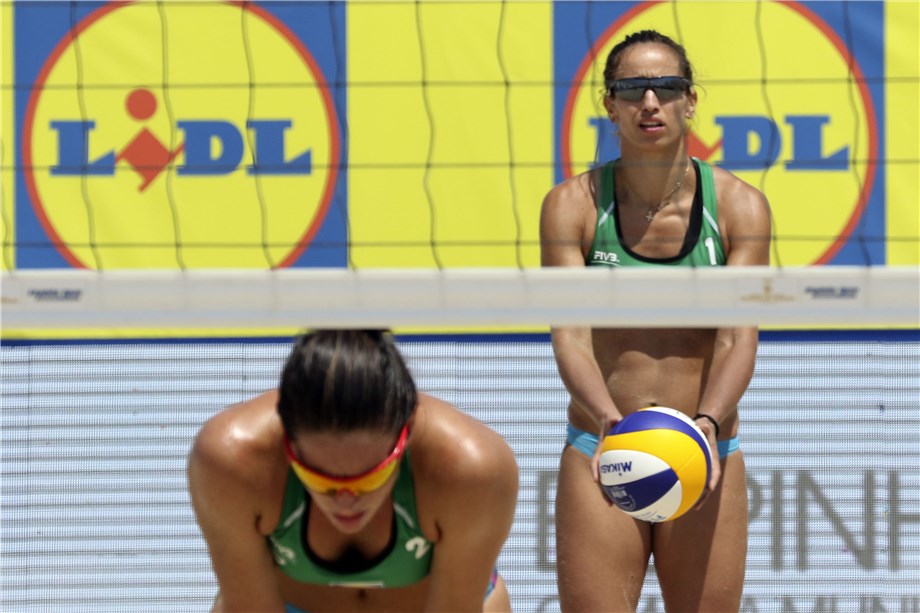 Vicky Arvaniti ready to serve in deciding qualifier at Espinho

Espinho, Portugal, July 17, 2019 – Vasiliki Arvaniti is playing her 176th FIVB beach volleyball tournament at the Espinho four-star, which makes her the female athlete with the highest number of appearances in history!
The mind-blowing number includes three Olympic Games, six World Championships and three age-group World Championships. “Qualifying for my fourth Olympic Games would make a great end to my career,” Vicky Arvaniti told fivb.com after she and Panagiota Karagkouni won their first two games at Espinho and advanced to the main draw. In addition, the 34-year-old Greek has played at tens of continental events on a path marked by impressive success, including two European Championship titles.
“I started very young, I’ve played for so many years and I’m happy that I can keep playing now that I’m 34. I’d like to continue a little bit more...,” Arvaniti said. “I came back after two and a half years and I’m excited to be on tour again. We’re trying very hard, because we started from zero and we want to see ourselves again higher in the rankings and playing with the best teams in the world.”
“I have to say that it’s a great honour for me to play with Vicky by my side. She is such an experienced player!” Penny Kragkouni pointed out.
Arvaniti’s international career started in 2001 when she was only 16 years of age. A year later she made her first appearance on the FIVB Beach Volleyball World Tour. Through 2016, when she decided to stop for family reasons, she had won four medals on the Tour, including a 2005 Stavanger Grand Slam gold alongside Vasiliki Karantasiou.
“I think the best moment of my career was the gold medal from Stavanger. It was the first gold medal for Greece on the World Tour,” Arvaniti said. “The European Championships as well... But you know, usually the best moment is when you win a gold medal. The two gold medals that we won with Peny are also very important because they came after a long period of not playing and gave us a lot of power to believe in our team and continue.”
After being out for nearly two and a half years, Arvaniti made a triumphal return to the Tour – in December 2018, she and Karagkouni grabbed gold at the very first event they played – the one-star Ljubljana winter edition. In February of this year they did it again, this time at the two-star Phnom Penh tournament.
“We started from something like number three hundred in the World Ranking, so it was a really difficult re-start for us. Getting our first gold medals in Slovenia and in Cambodia gave us courage to keep going,” Karagkouni noted. “We have a very difficult road ahead of us, because we have a very high target – to qualify for the Tokyo Olympics. But I think we’ll stick together and everything is possible.”
“Now for us every tournament is a unique goal, because we have to start from deep in the qualifications. For sure, we also have the goal to be in the best shape we can for the European Championship in Moscow. But qualifying for my fourth Olympic Games would make a great end to my career, I would say. But it is very, very difficult since the level on the World Tour gets higher and higher every year. We have to try very hard, we practice very hard, we have a new coach from Brazil and every day we give our best on the court, so in the end we will see if it will be enough or not,” Arvaniti added. 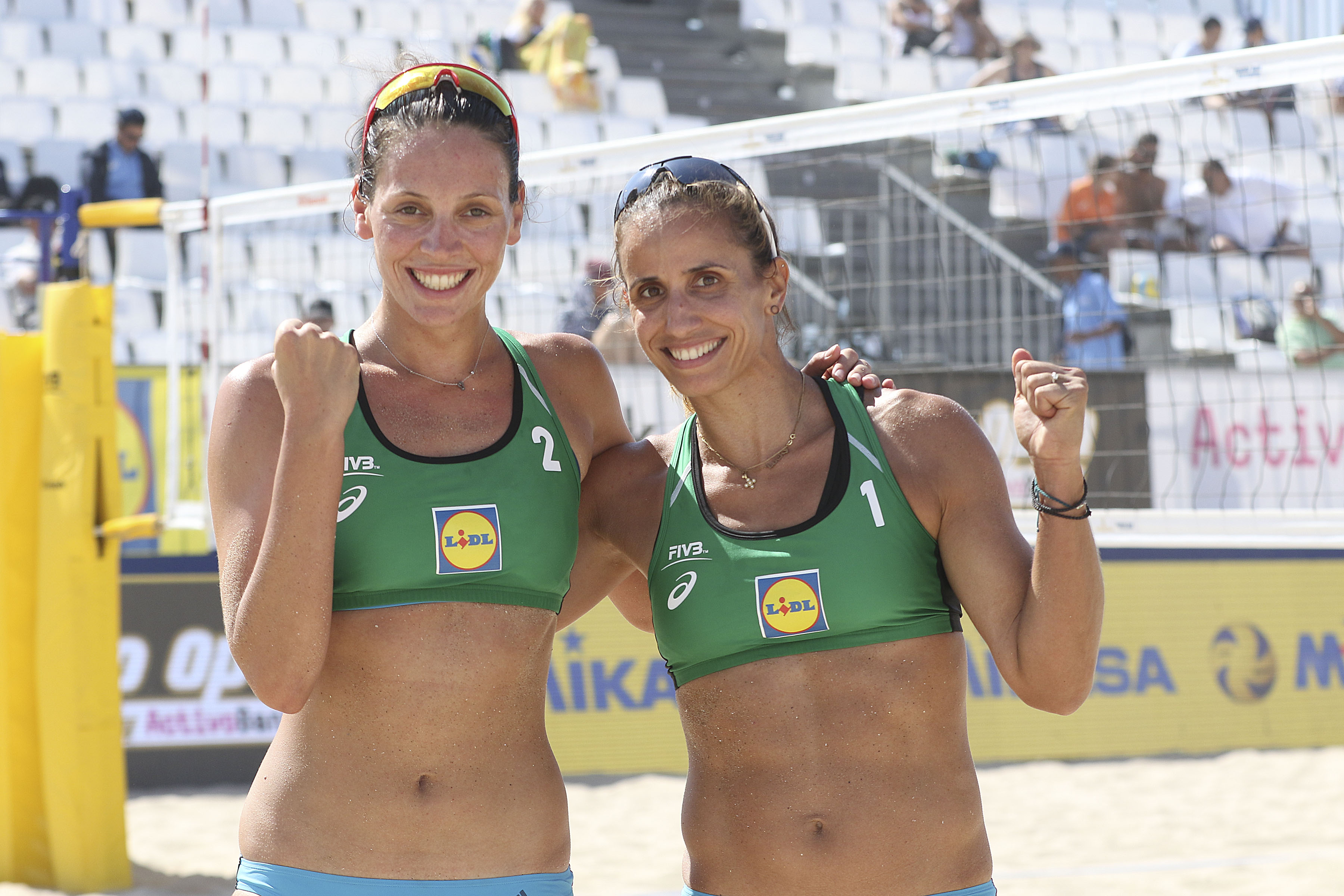 Vicky Arvaniti and Peny Karagkouni celebrate their main draw qualification at Espinho
Peny Karagkouni is a 26-year-old blocker, who had won one bronze medal on the World Tour prior to teaming up with Vicky Arvaniti. Unlike her current partner, she has never played at the Olympics, but hopes this will change very soon.
“I have not had the chance to compete at the Olympic Games yet. It would be great for me, because we are trying so hard to achieve it. But we have given ourselves half the time that the other teams have for trying to qualify,” Karagkouni said. “Vicky has shared with me so many great stories, photos and videos from her time at the Olympics, but even without thат I am already very motivated. It is great to play with Vicky again; we have a great time, with a great coach and great staff behind us, so this is our chance...”
During her time off the sand, Vicky Arvaniti registered another important achievement in her life. She gave birth to her first child.
“My baby son Nikolas is 14 months old. Sometimes I take him with me on the World Tour, because we are travelling so much and it’s very hard for me. I am trying to combine the life of a professional athlete and being a mother and this is a very hard role. Right now he is back in Greece and my husband and my family are taking care of him. My life has changed so much now!”
Quick links - Beach volleyball:
FIVB Beach Volleyball World Tour - Espinho
FIVB.com - Beach volleyball
Facebook
Twitter
Instagram