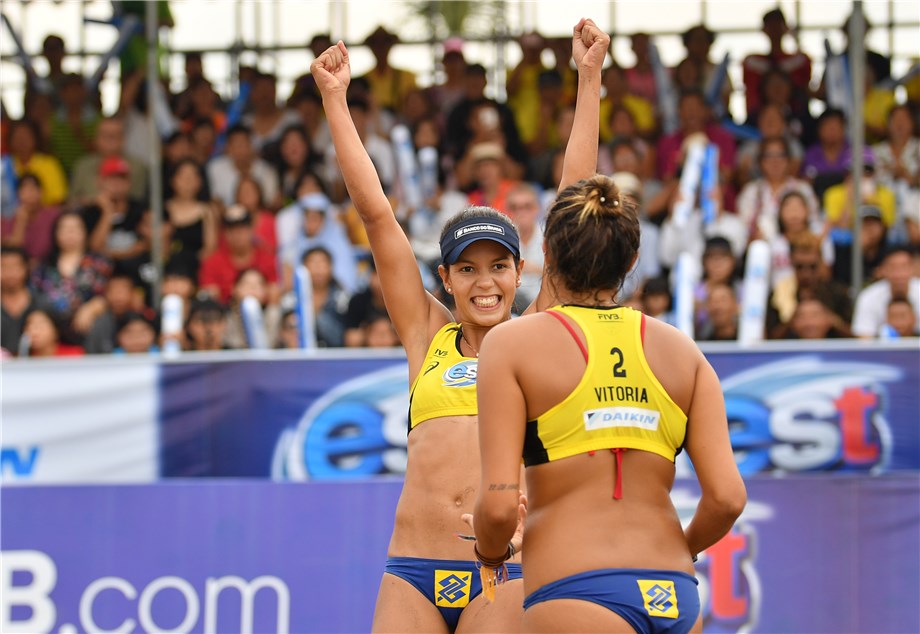 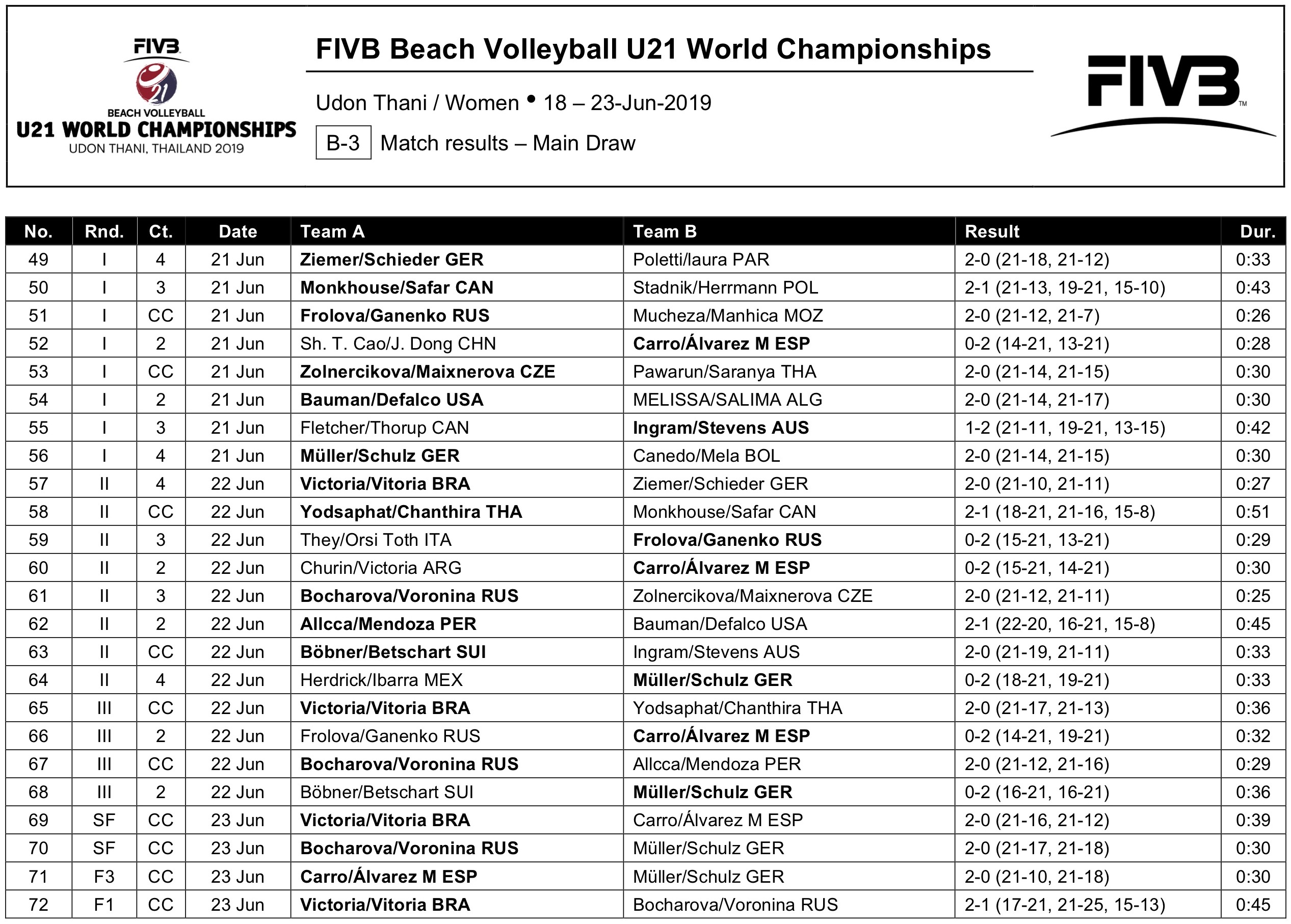 The Russians outplayed the Brazilians in the opening set 21-17, as the latter lost touch on their serve. In the second set, the Brazilians recovered from the setback and outperformed their European rivals to level the match at with a 21-15 win.

The third set saw a race from both sides that reached a deadlock at 11-all. Vitoria’s spike went out of bounds and an undefended Russian dig gave Bocharova and Voronina with the upper hand. The Brazilians managed to tie the score again at 13-all, until Voronina’s attack landed outside the line and Vitoria’s brilliant save and put-back sealed the title victory for the Brazilians 15-13.

“It was a very difficult game, but we got our acts together towards the end,” Victoria said. “We didn’t do well on our serve in the first set, but we were able to play better in the next two sets.”

For the third-straight time, Brazil faced a Russian side in the final of the U21 World Championship. Victoria and Vitoria’s title victory is a follow up win to Eduarda “Duda” Lisboa and Ana Patricia Silva’s back-to-back wins in the 2016 and 2017 editions, increasing Brazil’s gold medal haul to nine gold, one silver and three bronze medals.

It also marked the third-straight time and fifth-time overall that Brazil has accomplished the feat of winning both the men’s and women’s titles in 2001, 2006, 2016 and 2017.

Carro and Alvarez improved their nation’s record with their bronze medal victory after falling short in two women’s semifinals in 2007 and 2013.

“We did not play well in the semifinal but we managed to push harder against the German team, so we are happy to win,” Carro said. “This was my last chance to play in this age-group tournament and I really wanted to bring home a medal.”

“Last year I finished with a bronze medal at the U19 World Championship and winning another bronze at this tournament is really an incredible feat,” Alvarez said. “I have two more years to play in age group tournaments so I will work hard to win a gold medal.”