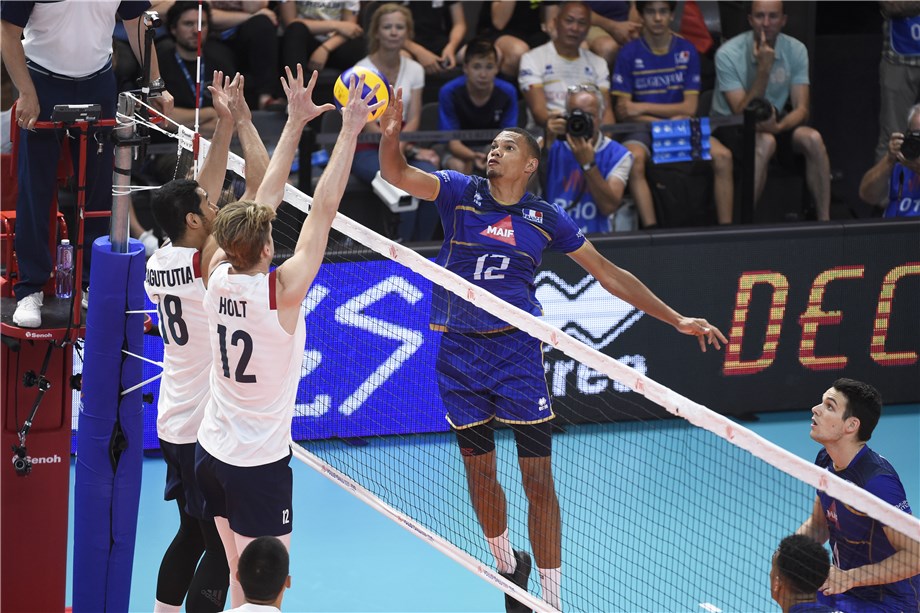 Lausanne, Switzerland, February 7, 2020 – A good block is a vital weapon in any volleyball team’s armoury, and at its best it serves two purposes.
A good defensive block eats away at an opponents’ morale and belief as one of the main routes for points is shut off, while in attack a good blocker or team of blockers will pinch vital points.
Watch some of the best blockers in world volleyball – men known worldwide for their prowess at the net – to find out how they organise their defence to make the vital blocks, and how they read their opponents’ attacking intent.
Watch the video to hear USA’s Micah Christenson and Matthew Anderson, Brazil’s Bruno Rezende and France’s Stephen Boyer explain how their teams defend with the block as a group and as individuals.
Quick links:
FIVB.com - Volleyball
Facebook
Twitter
Instagram
Youtube