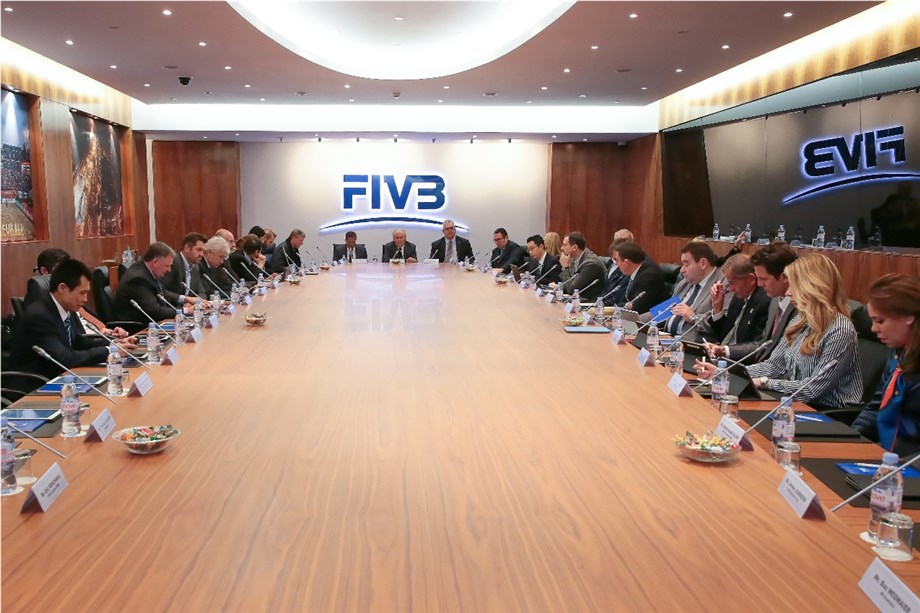 The World Tour Council met in Lausanne on Wednesday

Lausanne, Switzerland, November 30, 2016 - The 2017 FIVB Beach Volleyball World Championships organisers presented preparations for the event to the World Tour Council on Wednesday. The highlight of next year's beach volleyball calendar will take place in the Austrian capital, Vienna from July 28 to August 6.

Vienna will host the FIVB Beach Volleyball World Championships for the first time but is home to some of the most loyal beach volleyball fans in the world. Tens of thousands of spectators are expected to watch the greatest teams per gender compete for one of the biggest prizes in the sport.

The 11th edition of the Beach Volleyball World Championships will take place from July 28 until August 6 and will involve 48 women and
men’s teams competing over a total of 208 matches for the prestigious title of world champions. At the heart of the event will be the state-of-the-art Centre Court, a spectacular stadium on Donauinsel island in Vienna. This will be surrounded by a Beach Village offering public viewing and exhibitions for fans. In the evening, the venue will transform into an event area, which will entertain guests with beach party nights and other evening events as part of the FIVB’s commitment to deliver an innovative and engaging entertainment spectacle as well as a sporting event.

It will not be the first time Austria has hosted the tournament – Klagenfurt staged the 2001 World Championships – and it promises to be a wonderful and momentous occasion for the sport at the venue to be set up on Donauinsel.

The 2017 edition of the Beach Volleyball World Championships follows on from the huge success of the event in the Netherlands in 2015, which took place in the four cities of The Hague, Amsterdam, Apeldoorn and Rotterdam. It is now Vienna's turn to host the best teams in the world.