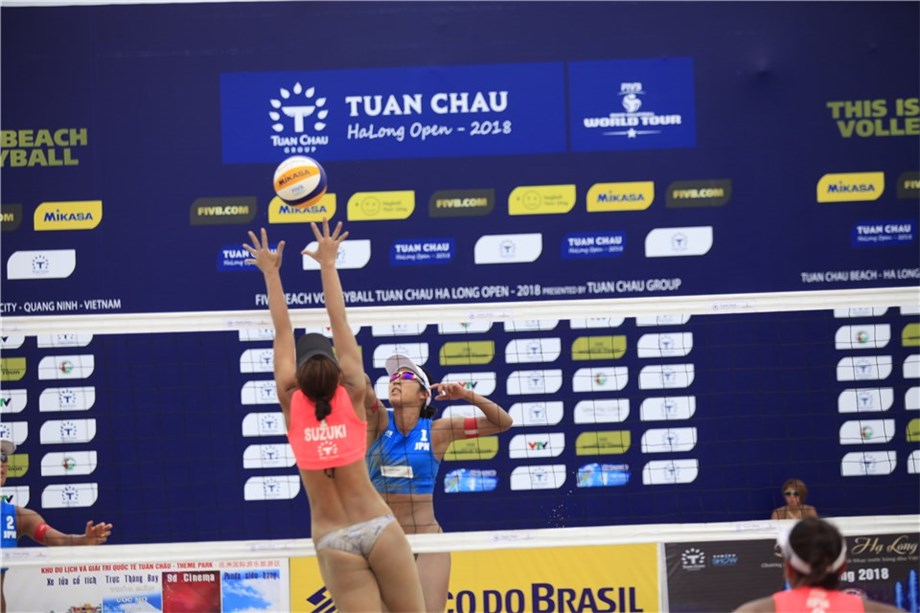 Lausanne, Switzerland, May 5, 2019 - A women's only event in Vietnam and the announcement of entries for next month's FIVB Beach Volleyball World Championships in Germany highlight this week's news.
Quick links - Beach volleyball:
FIVB Beach Volleyball World Championships Hamburg 2019
FIVB WORLD TOUR - Tuan Chau Island, Vietnam
FIVB.com - Beach volleyball
Facebook
Twitter
Instagram
With the FIVB World Championships 53 days away starting June 28 in Hamburg, Germany, the announcement of the entries filling the 23 men's and 23 women's berth from the World Tour will be on Tuesday.
A total of 48 teams per gender will compete in the 12th edition of the FIVB World Championships where the winning pairs on July 6 for women and July 7 for men will secure a spot for their country in the Tokyo 2020 Olympic Games.
The second annual FIVB World Tour stop on Tuan Chau Island in Vietnam will be played from Thursday through Sunday as 2020 Olympic hosts Japan will be looking for a second podium sweep after capturing all three medals at the 2018 event held during the second full week of May.
Two of the Japanese medal winners in 2018 on Tuan Chau Island are entered together for this year's US$10,000 event where qualifying will be played on Thursday followed by pool play on Friday, elimination rounds on Saturday and the medal matches on Sunday where the winning team will share the $2,000 first-place prize.
Yui Nagata and Yukako Suzuki will be playing together on Tuan Chau Island this week after placing second and third, respectively, on the podium at the inaugural Vietnam FIVB World Tour event in 2018 where Japan's Suzuka Hashimoto and Mizoe captured the gold medal. 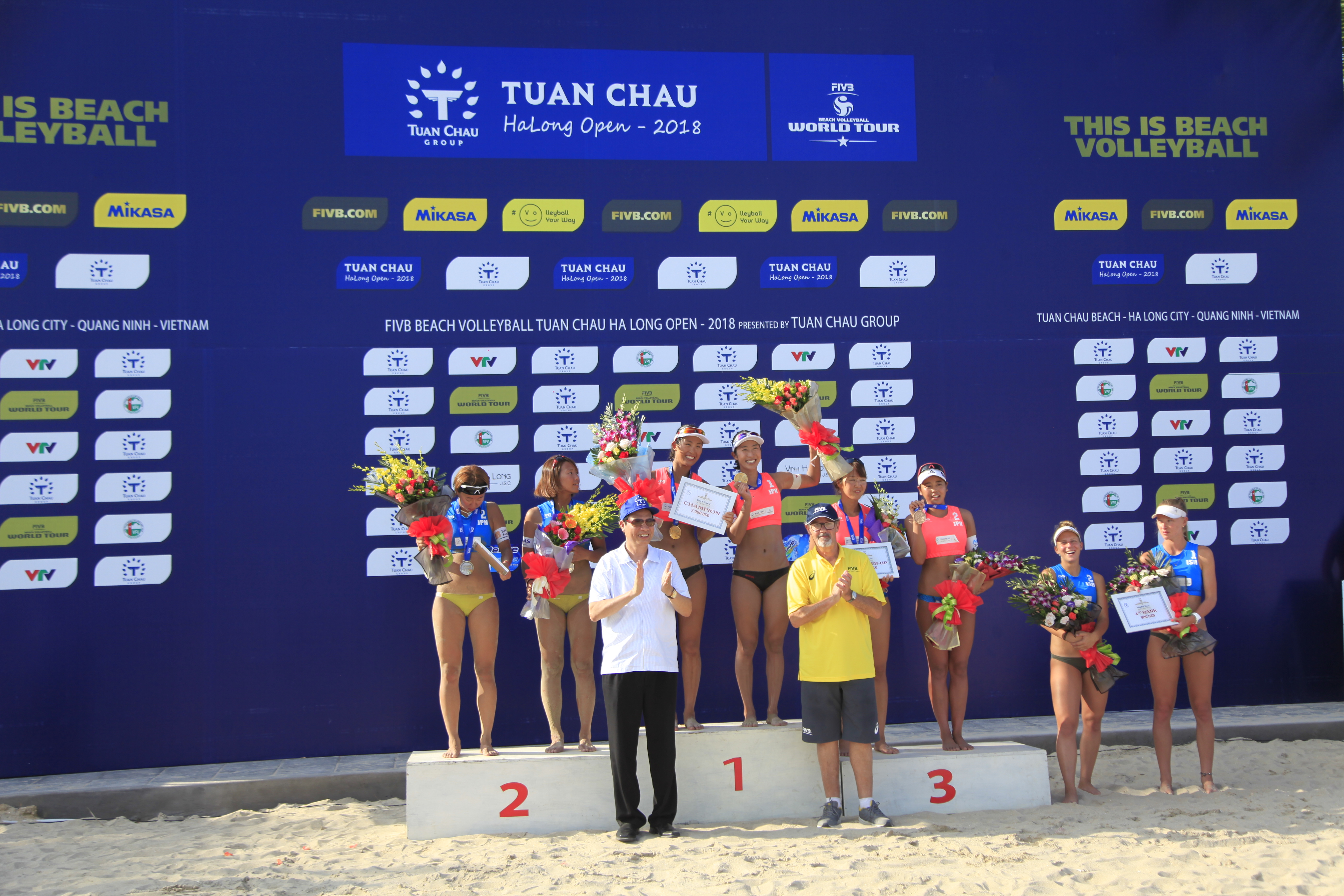 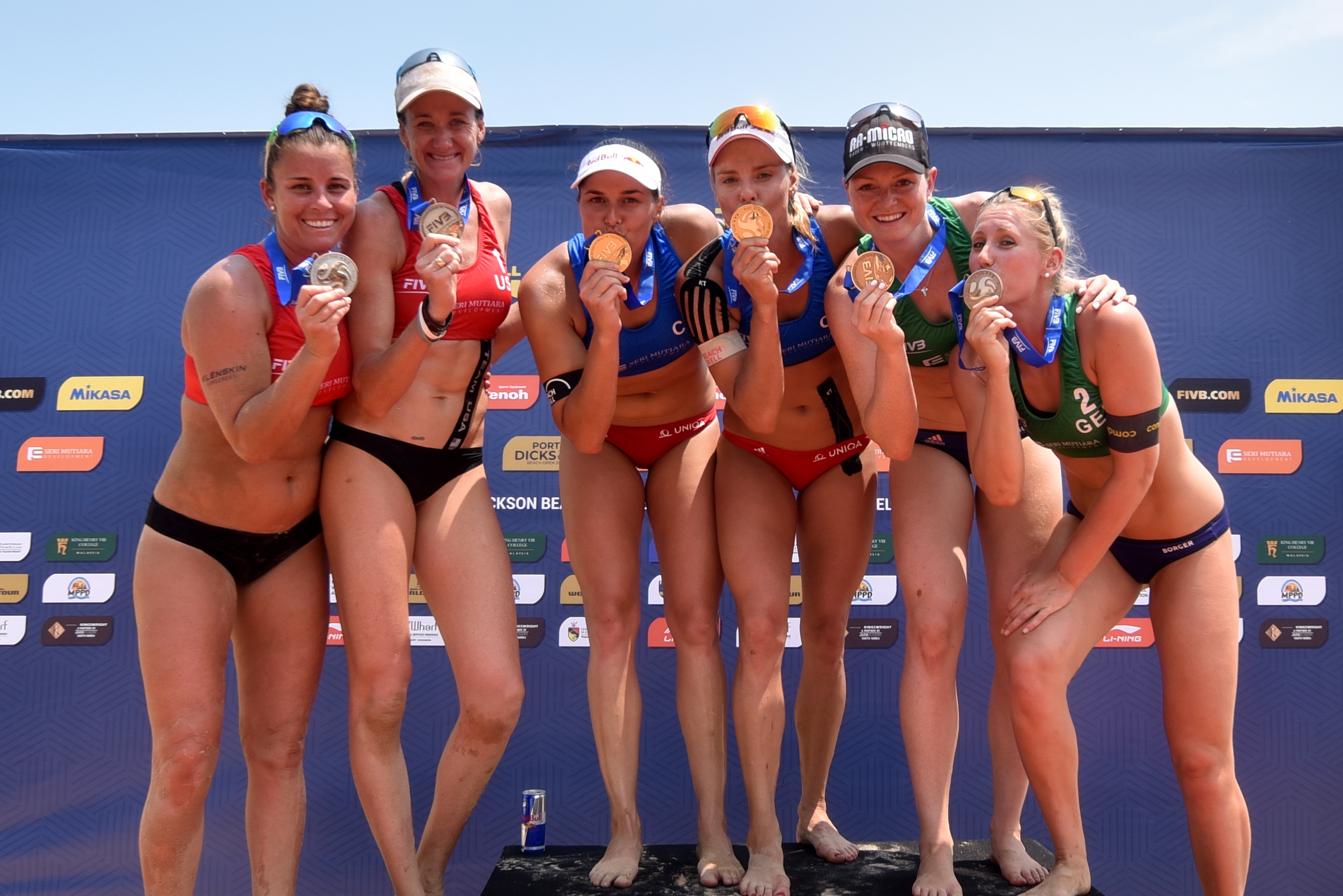 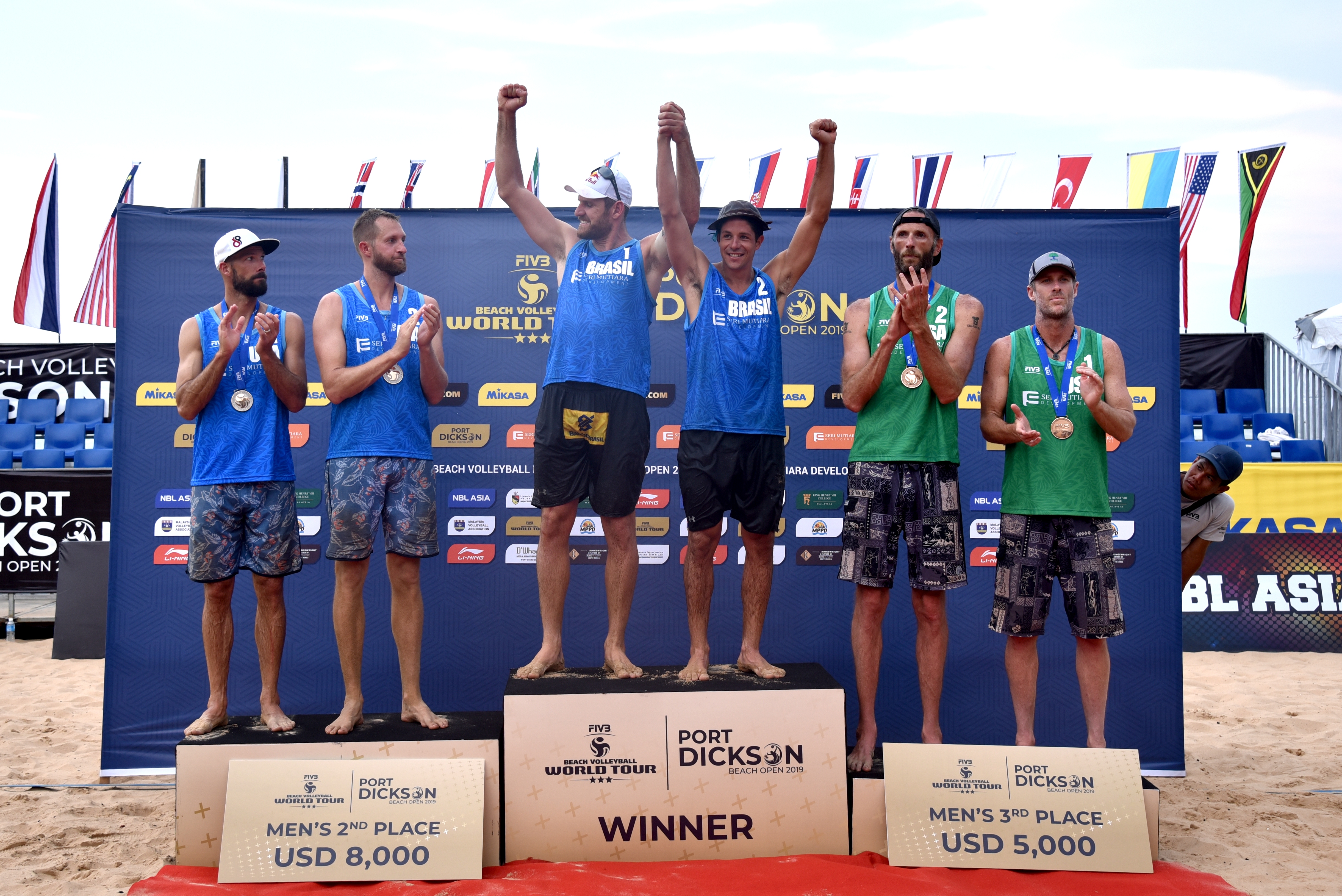 Port Dickson men's podium with Americans (left and right) and Brazilian gold medal winners
After the World Tour completes its three-week stay in Asia on Tuan Chu Island, the FIVB stages double gender events the following week in Brazil (Itapema, May 15-19) and Turkey (Aydin, May 16-19).
May wraps up back in Asia with double-gender events in China (Jinjiang, May 22-26) and the Philippines (Boracay, May 23-26) before returning to Europe for the Ostrava Open in the Czech Republic starting May 20 and concluding on June 2.