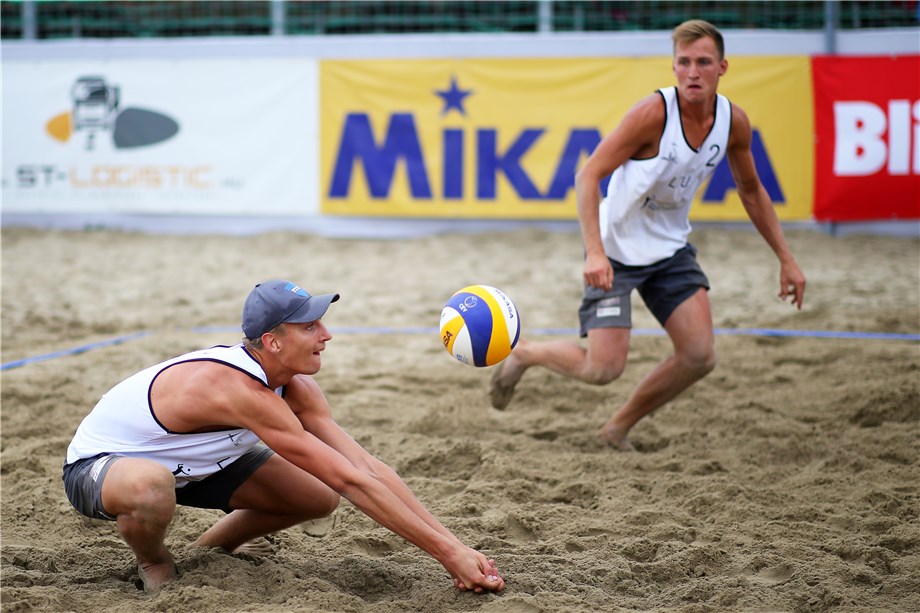 Vilnius, Lithuania, September 10, 2020 - The main draw field has been set for the first-ever FIVB-sanctioned event in Lithuania as men’s and women’s pool play matches will be played here Friday in the nation’s capital.
Quick links:
FIVB Beach Volleyball World Tour - Vilnius 1-star
FIVB Beach Volleyball World Tour
Olympic Games Tokyo 2020
Facebook
Twitter
Instagram
Youtube
Being staged in conjunction with the European Volleyball Federation (CEV), the Vilnius Open will feature two rounds of women’s and one round of men’s pool play matches on Friday. With the women’s elimination bracket set Friday evening, the men’s pool play matches will be completed Saturday to set the field for the final phase of competition.
With €10,000 in prize money available to be distributed among the eight nations competing in the event., the semifinals and medal matches will be played Sunday as Vilnius hosts the fourth men’s and third women’s event since the resumption of play on the FIVB Beach Volleyball World Tour at the end of July in Slovenia. 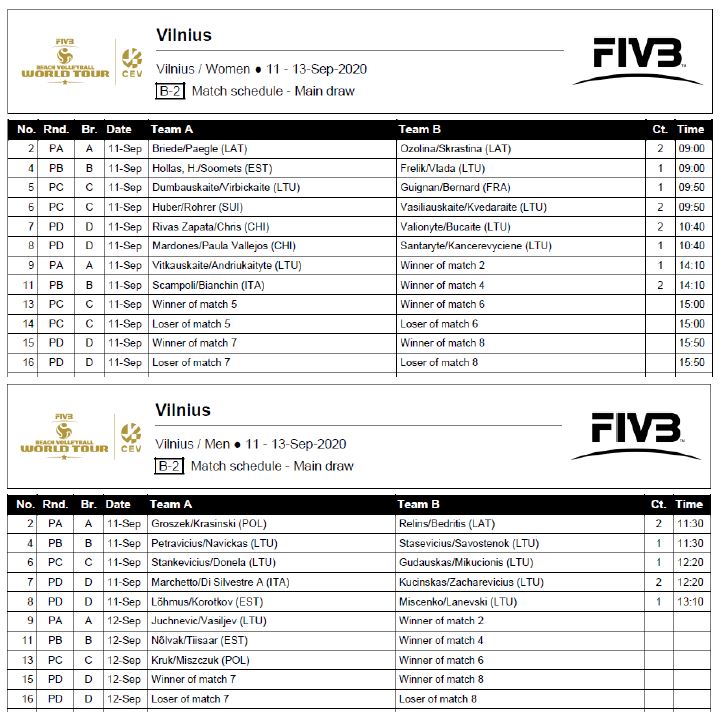 With 13 teams (seven men and six women) in the field, host Lithuania will be seeking their first-ever gold medal on the FIVB World Tour as the Baltic nation has collected two men’s and one women’s silver medals at events in 2018-2019.
Patrikas Stankevicius has been a part of two of the Lithuanian men's silver medal teams at events in Hungary (Siofok) with Matas Navickas in August 2018 and Poland (Malbork) with Audrius in August 2019. Stankevicius is playing this week with Mantas Donela as the sixth-seeded team in the main draw.