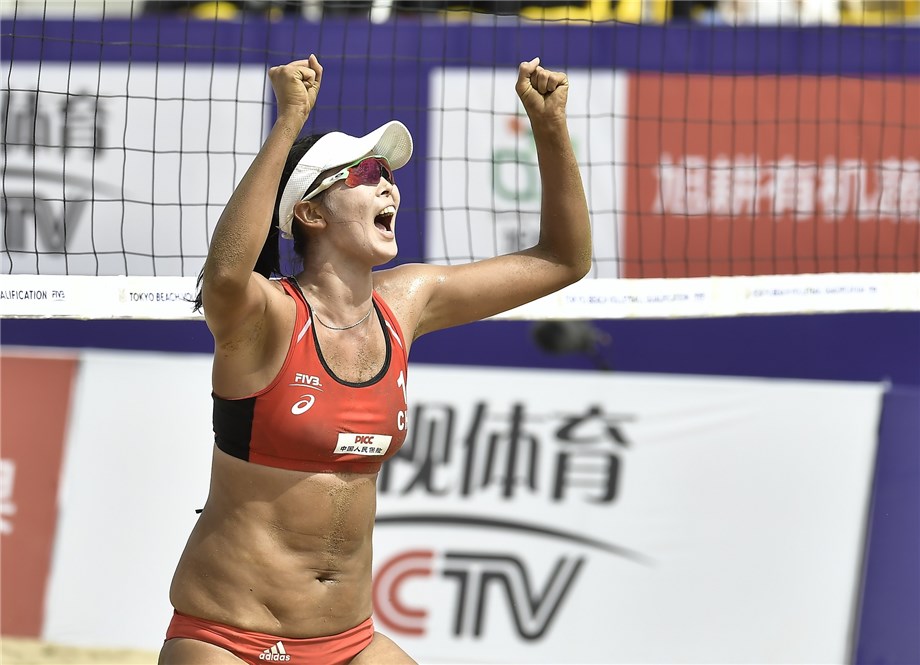 Haiyang, China, September 19, 2019 - With emotions running high on both sides of the net and in the grandstands here on Thursday morning, China's Fan Wang and Xinyi Xia handled the pressure the best to win their pool match with Latvia at the FIVB Tokyo Beach Volleyball Olympic Qualification Tournament.
Quick links - Beach volleyball:
Tokyo Beach Volleyball Qualification - Haiyang
Facebook
Twitter
Instagram
Seeded first in the Tokyo qualifier as the host country entry in the 16-team women's competition on Golden Beach, Wang and Xia posted a 2-1 (22-20, 18-21, 28-26) Pool H victory in 62 minutes over 11th-seeded Tina Graudina/Anastasija Kravcenoka of Latvia.
"With the crowd behind us, our energy and emotions were running high," said 25-year-old Wang, who competed in the Rio 2016 Olympic Games with Yuan Yue. "Playing here adds to the pressure for us this week, but it also helps to have the support. It was a memorable win since the Latvians defeated us two weeks ago in Italy at the FIVB World Tour Finals."
Thursday's meeting was the third match with the two teams as Wang and Xia defeated the young Latvians two years ago in Switzerland at the Lucerne Open before Graudina and Kravcenoka posted a three-set win in Rome on September 5.
"Both teams had chances to win," Wang added, "but we were fortunate that the Latvians made the critical errors at the finish. Both teams deserved to win, but I am glad it was us smiling and celebrating the win with the Chinese fans." 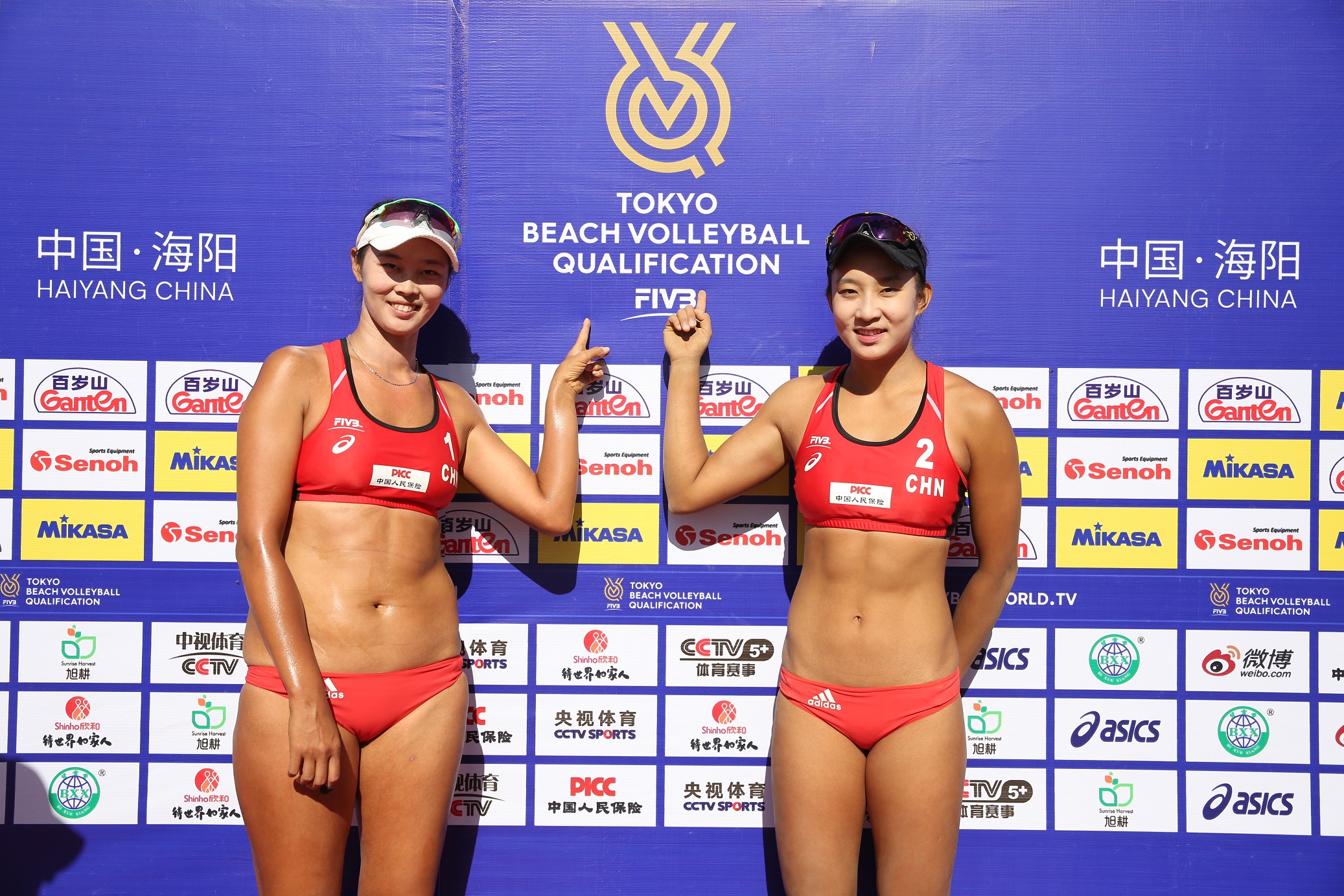 Fan Wang (left) and Xinyi Xia of China
Both teams conclude pool play action on Thursday afternoon with matches against fifth-seeded and 2018 European champions Sanne Keizer and Madelein Meppelink of the Netherlands. Graudina and Kravcenoka, the 2019 European champions, play the Dutch first followed by Wang and Xia meeting Keizer and Meppelink for the fourth time internationally with the Chinese winning two of the previous three matches.
After Thursday's second phase of pool play where two pairs from each group advance, Friday and Saturday's schedule will feature two pools of four teams each playing a round-round schedule to set the field for the two Olympic qualifying matches on Saturday for men and Sunday for women.