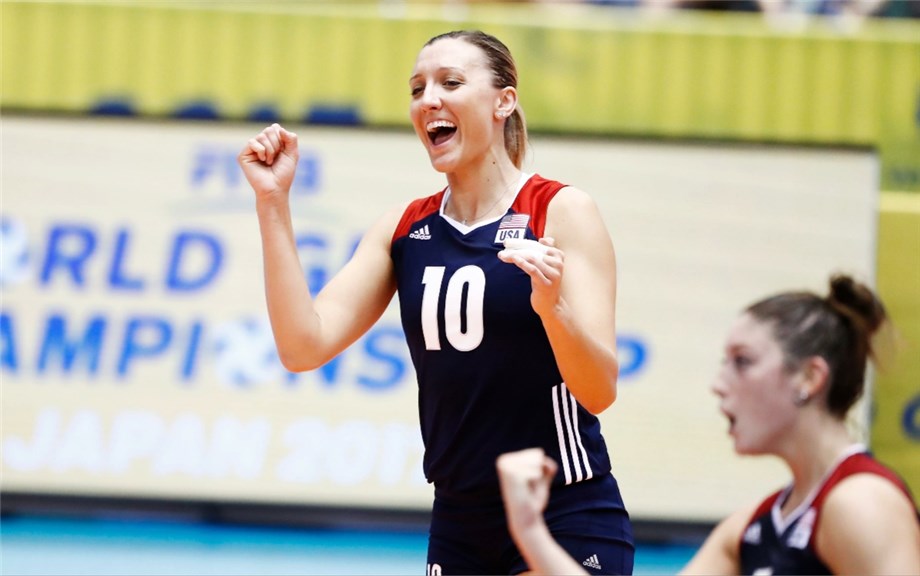 A key player for club and country, Jordan Larson says the Volleyball Nations League will help USA grow as a team

Lausanne, Switzerland, February 21, 2018 - A world champion in 2014, Jordan Larson has led the United States to numerous victories internationally and is keen to take that success into the inaugural edition of the FIVB Volleyball Nations League in 2018.

Larson's impressive collection of titles also includes three consecutive golds at the FIVB Volleyball Women's Club World Championships with Dinamo Kazan (2014) and Eczacibasi Istanbul (2015, 2016), something no other player has achieved. In this exclusive interview, she talks about the international season ahead and some of her hopes for the future.

How important is the new Voleyball Nations League to you and your team this year?
Jordan Larson: We do not have a regular top league in the USA. This means that the players are scattered all over the world. When we meet up with the US team, we need a lot of tough matches together, in order to grow as a team. Traveling together helps too, and this is another reason why the new FIVB Volleyball Nations League is perfect for us.

What do you think of the new format of the Volleyball Nations League? Is it a good next step for world volleyball?
Larson: It lasts longer than its predecessor the World Grand Prix, which gives us more time together. That is fantastic for us as a team, and for the fans too. The fact that the men and women are playing in the same format in a competition like this is a big thing for global volleyball. Fans around the world can now watch more top volleyball matches live. This will help the sport of volleyball to grow!

What are your goals for the Volleyball Nations League? Which teams will be your toughest opponents?
Larson: We always have the same goal. We want to be the number one in every competition. We take on Italy at home on the opening weekend – they have been getting stronger and stronger recently. It is always fun to play against China, and it goes without saying that Brazil are always one of the favourites. 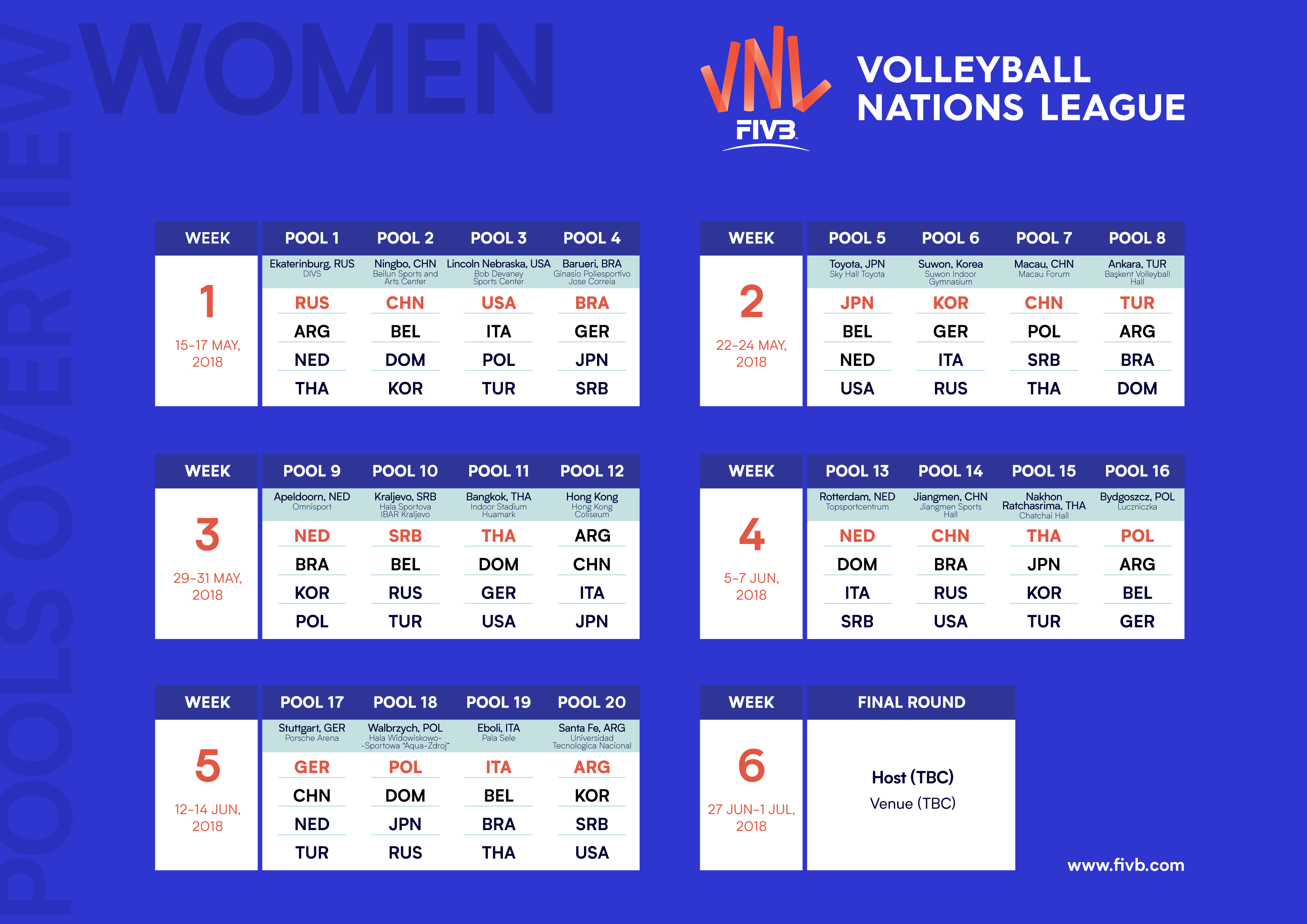 What are your goals for the FIVB Volleyball Women's World Championship?
Larson: We obviously want to successfully defend our title. To do so, we will have to fight as a team and improve every day.

What could make volleyball even more interesting for players and fans in the future?
Larson: The more the fans are involved in a match, and the greater the drama, the better it is. For example, the challenge system was a good idea and has made the matches more exciting and fairer for all involved.

Which of your many successes do you rate as the biggest?
Larson: Oh my! I have had so many remarkable experiences in my career. If I really have to choose one, then my first match at the Olympics was my biggest experience. Even as a 12-year-old, I already wanted to be an Olympian. People thought I was mad. I am very grateful that I have won so many titles and medals. And that I have been able to compete against exceptional players like Yekaterina Gamova. All these experiences have made me a better volleyball player and a better person.

What dreams and goals do you still have as a volleyball player?
Larson: I will certainly be trying to make it to the 2020 Olympics in Tokyo. I already have silver and bronze, so let’s see if I can add the gold medal to my collection.

You spend most of your time away from your native USA, as you have been playing for foreign clubs for years. How tough is that?
Larson: I obviously miss home, but I also created a home base for myself during my five years in Russia, and now for four years in Turkey. Playing abroad is a very good experience. You have to learn a new system and how to communicate with each other when the going gets tough. When I played in Russia, almost all the players spoke no English. As such, I had to learn to read the game without communication. That really helped me progress as a player. 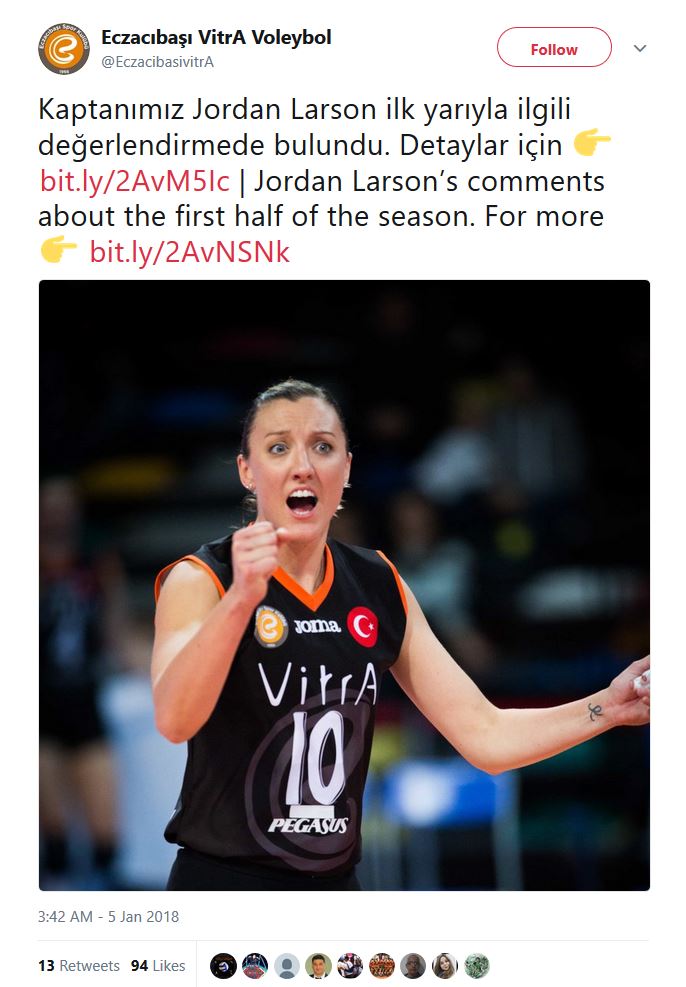 How did you get your nickname, The Governor?
Larson: My best friend Foluke Akinradewo, who plays with me in the US team, came up with it at some point. Her brother once said that I was like the “Governor of Nebraska”, because I am recognised everywhere, no matter where I am in the world. The nickname has stuck with me. Some people say that I could actually go into politics – but I have no ambition at all to actually become a governor. (laughs)

What is sure is that the United States' women's team will begin their 2018 Volleyball Nations League in Pool 3 in Lincoln, Nebraska from May 15-17, where they will take on Italy, Poland and Turkey. In week 2, USA will travel to Japan, then Thailand in week 3, China in week 4 and Argentina in week 5.