What is Gabi's secret? 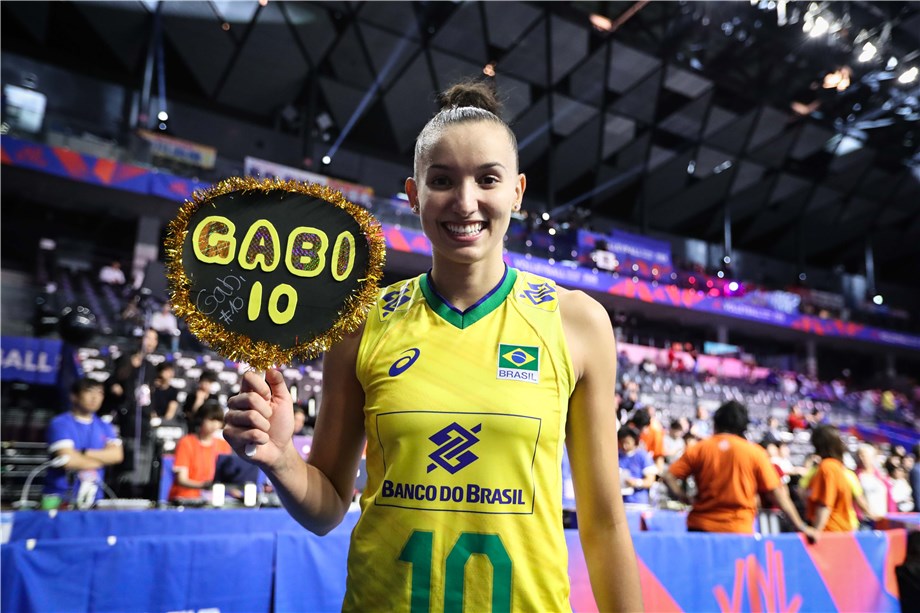 Gabriela 'Gabi' Guimaraes will be one of the players to look out for in Shaoxing, China from December 3-8.

Lausanne, Switzerland, November 19, 2019 - In just under two weeks Brazilian star Gabriela 'Gabi' Guimaraes will line up at this year's edition of the FIVB Volleyball Women's Club World Championship with reigning champions VakifBank Istanbul of Turkey. Watch the video below and get to know the native of Belo Horizonte ahead of the tournament in Shaoxing, China.
Gabi was a key part of the Brazilian national team in 2019. She was her country's leading scorer as they claimed second place at the FIVB Volleyball Nations League, only losing to USA in five sets in the final in Nanjing, China on July 6. In August the South Americans followed that up by qualifying for the Tokyo 2020 Olympic Games on home soil in Uberlandia. And in September they won seven matches out of 11 to claim fourth place at the FIVB Volleyball Women's World Cup in Japan behind China, USA and Russia.