“Where in the world” is Tri Bourne?

Rio de Janeiro, Brazil, May 13, 2017 - When the FIVB World Tour resumes next week in this Brazilian coastal city, many will be asking about Tri Bourne from the United States.

Rio de Janeiro, Brazil, May 13, 2017 - When the FIVB World Tour resumes next week in this Brazilian coastal city, many will be asking about Tri Bourne from the United States.
A regular on the international Beach Volleyball circuit since 2014 with 40 World Tour starts leading to five podium placements and a gold medal with John Hyden in only his sixth FIVB event Bourne has been sideline due to a "freak illness".
Bourne was scheduled to start the 2017 FIVB World Tour season with Hyden at the SWATCH Major Series tournament in early February at a United States stop in south Florida at Fort Lauderdale.  However, he had to withdraw and here are Bourne's words in a web article posted recently on www.flovolleyball.tv.
FROM TORONTO PODIUM TO SURGERY
"After John Hyden and I got the bronze at the FIVB World Tour Finals (Toronto, Canada) last September, I decided to have minor surgery to remove a cyst that was pinching a nerve in my ankle. The timing seemed right. The season had just ended, and it was early in the quad, giving me plenty of time to recover.
"About five or six weeks after the surgery, I started to get what felt like carpal tunnel syndrome in my hands. I just thought it was an aftereffect from being on crutches, but in November and December the swelling and joint stiffness started moving to other parts of my body and getting progressively worse.
"At the beginning of January, I started training for the first event of the 2017 FIVB World Tour, the Fort Lauderdale Major, but leading up to the event it got harder and harder for me to train. Every joint in my body was swollen, and my muscles were getting weaker. It was difficult for me just to get through a practice, and it would take me two hours to recover from a lifting session. I was so exhausted I'd want to take a nap during timeouts or breaks from lifting. I was really struggling. Obviously, something was wrong with me."
FINALLY, A DIAGNOSIS
"A blood test revealed that my liver enzymes were close to 10 times higher than they should be. The doctor told me I had to stop exercising because if I continued I could cause long-term damage to my muscles. I had to pull out of the Fort Lauderdale event two days before it started, which sucked because I'd trained so hard for it. 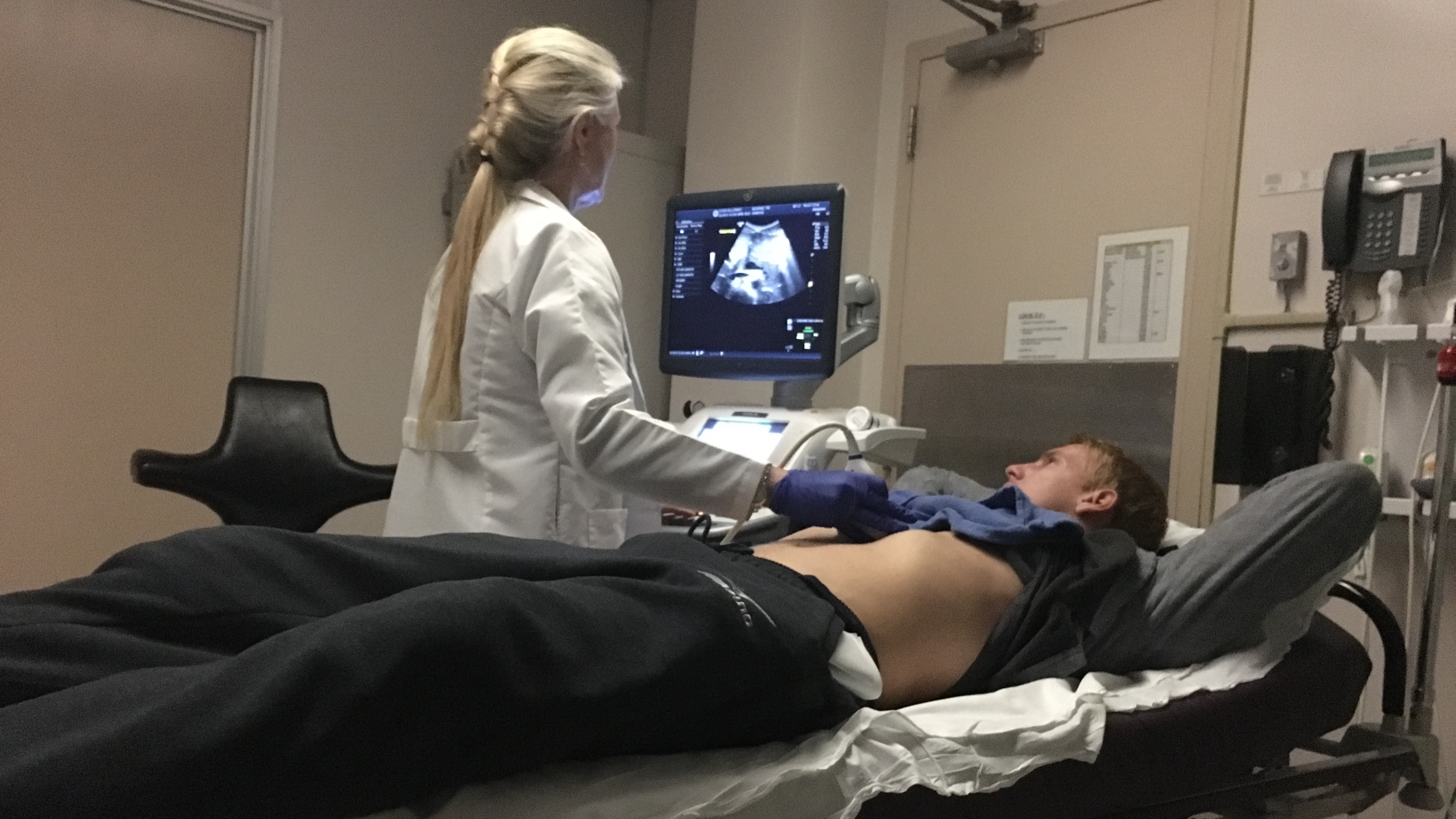 It also left John without a partner. He eventually decided to team up with Ryan Doherty for that event as well as the rest of the season. I supported his decision because he has a family to support. At that point I still didn't know what was causing my health problems and had no measurable timeline for my return."
As the lengthy article in Bourne's words winds down, he offers that he "was originally planning on coming back for the first AVP event in May, but I'm no longer holding myself to an exact time frame. This process is going to take longer than most people would expect. Once my muscle enzymes return to normal and the doctors clear me -- realistically, that's not going to be for another month or so -- I'll still need at least a month to do the proper rehab and get all my flexibility and strength back." 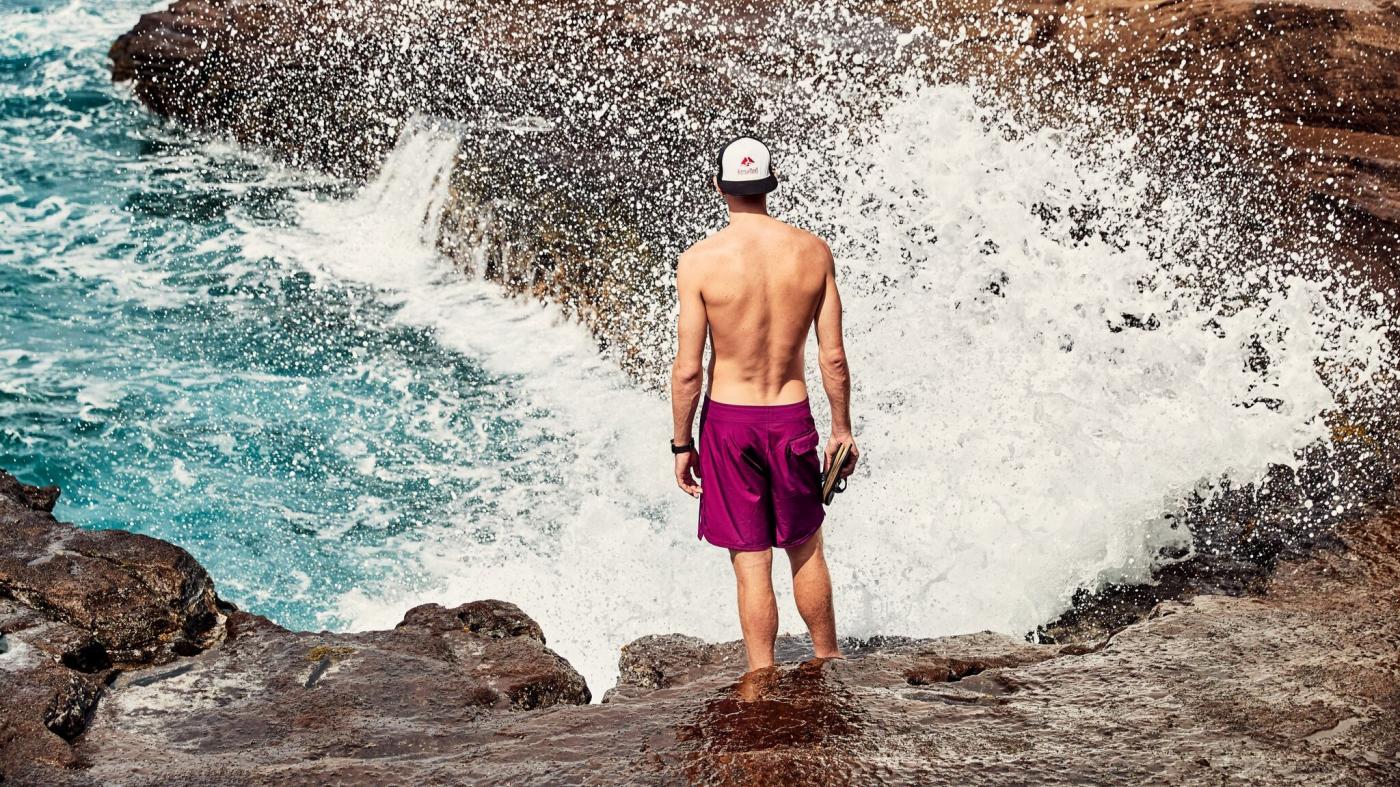 44 & PLAYING IS HYDEN
As for Hyden, the oldest player to win a FIVB World Tour event when he and Bourne topped the podium at the 2014 Berlin Open at the age of 41, he will be playing next week with Doherty in Rio de Janeiro.  The pair placed fourth in the Fort Lauderdale Major as Hyden and Doherty dropped two matches to Saymon Barbosa and Alvaro Filho of Brazil in pool play and the semi-finals.
The US$300,000 Rio Open is a "four-star" event on the FIVB World Tour with qualifying for both men and women being played Wednesday at the Olympic Park in Barra da Tijuca.  The Main Draws for both genders start Thursday with "modified" pool play followed by elimination rounds Friday and Saturday and the medal matches Sunday.
Hyden and Doherty are one of three American men's teams in the Rio Open along with Taylor Crabb/Jake Gibb and Theodore Brunner/Casey Patterson.  With the split of Gibb and Patterson following their 19th place finish at the Rio 2016 Olympic Games on Copacabana, the two teams played their first international event together in Fort Lauderdale where both pairs were eliminated by Evandro Goncalves and Andre Loyola of Brazil.
While Hyden and Doherty defeated Evandro and Andre in pool play at the Fort Lauderdale Major, the Brazilians eliminated Brunner and Patterson in the second-round of elimination before ousting Crabb and Gibb in the quarter-finals.  Evandro and Andre upset American Olympians Phil Dalhausser and Nick Lucena in the semi-finals before losing to Saymon and Alvaro in the gold medal match on the Fort Lauderdale Beach Park center court.