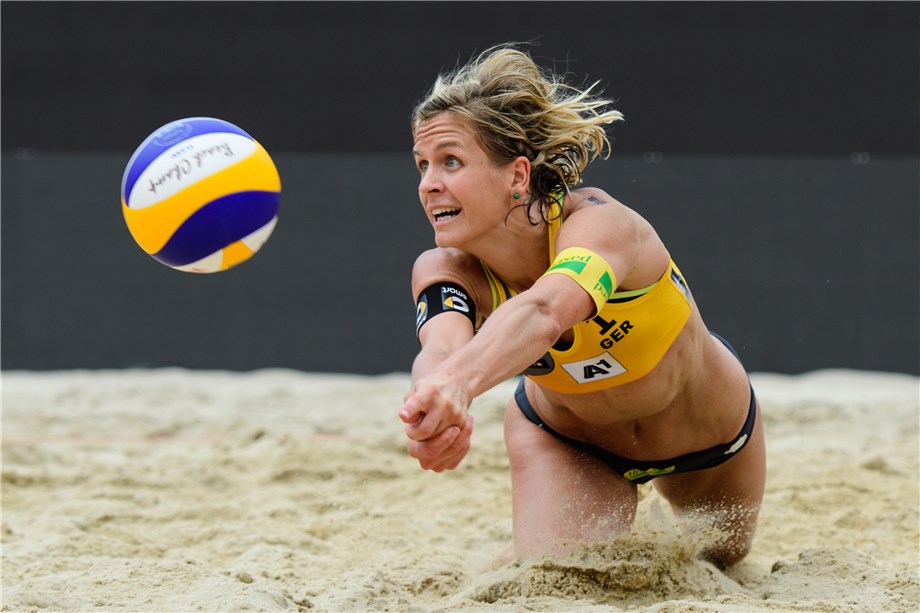 Lausanne, Switzerland, Monday, May 13, 2019 - Olympic and world champions Laura Ludwig of Germany and Kerri Walsh Jennings of the United States were named here Monday as wild card entrants with their new partners for the 2019 FIVB Beach Volleyball World Championships to be held from June 28 through July 7 in Hamburg, Germany.

Beach volleyball pairs from Germany, Italy and the United States were awarded wild cards for the $1-million FIVB World Championships as the men’s and women’s entry lists are now complete for the event to be played at Hamburg's at Rothenbaum Stadium where the international circuit has staged tournaments in the past three seasons.

Host Germany secured four of the six wild cards for the 12th edition of the FIVB World Championships led by Rio 2016 Olympic and Vienna 2017 world champion Ludwig and her new partner Margareta Kozuch. Ludwig will be competing in her eighth World Championship after she and Kira Walkenhorst captured the 2017 title in Vienna by defeating Americans Lauren Fendrick and April Ross in the three-set finale.

Walsh Jennings will be competing in her seventh FIVB World Championships as the four-time Olympic medal winner captured three world titles with Misty May-Treanor at the Rio de Janeiro 2003, Berlin 2005 and Gstaad 2007 events before placing second at the Rome 2011 finale. Walsh Jennings missed Vienna 2017 due to a shoulder injury two weeks before the Austrian event. 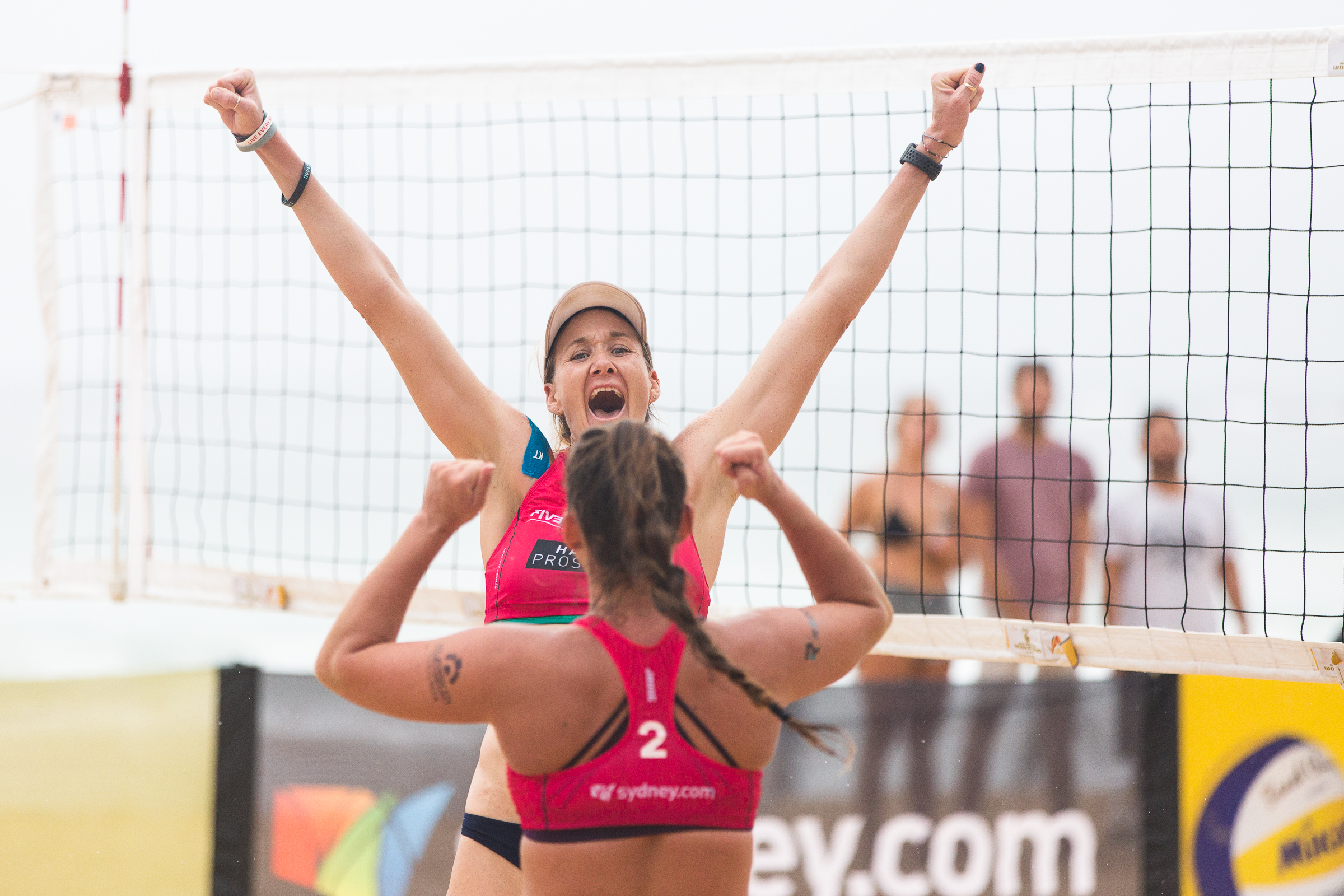 Kerri Walsh Jennings and Brooke Sweat celebrate a point at the Sydney World Tour stop in March
Germany will have four men's teams participating in the 2019 FIVB World Championships as Philipp Bergmann/Yannick Harms and Alexander Walkenhorst/Sven Winter were granted wild cards along with Italians Marco Caminati/Alex Ranghieri. Other German men's pairs in the competition will be Julius Thole/Clemens Wickler and Nils Ehlers/Lars Fluggen.
Last week, the entrants from the FIVB Beach Volleyball World Tour were announced for the 2019 FIVB World Championships along with the teams earning berths via the continental pathways from the Asian, African, European, South American and NORCECA confederations. 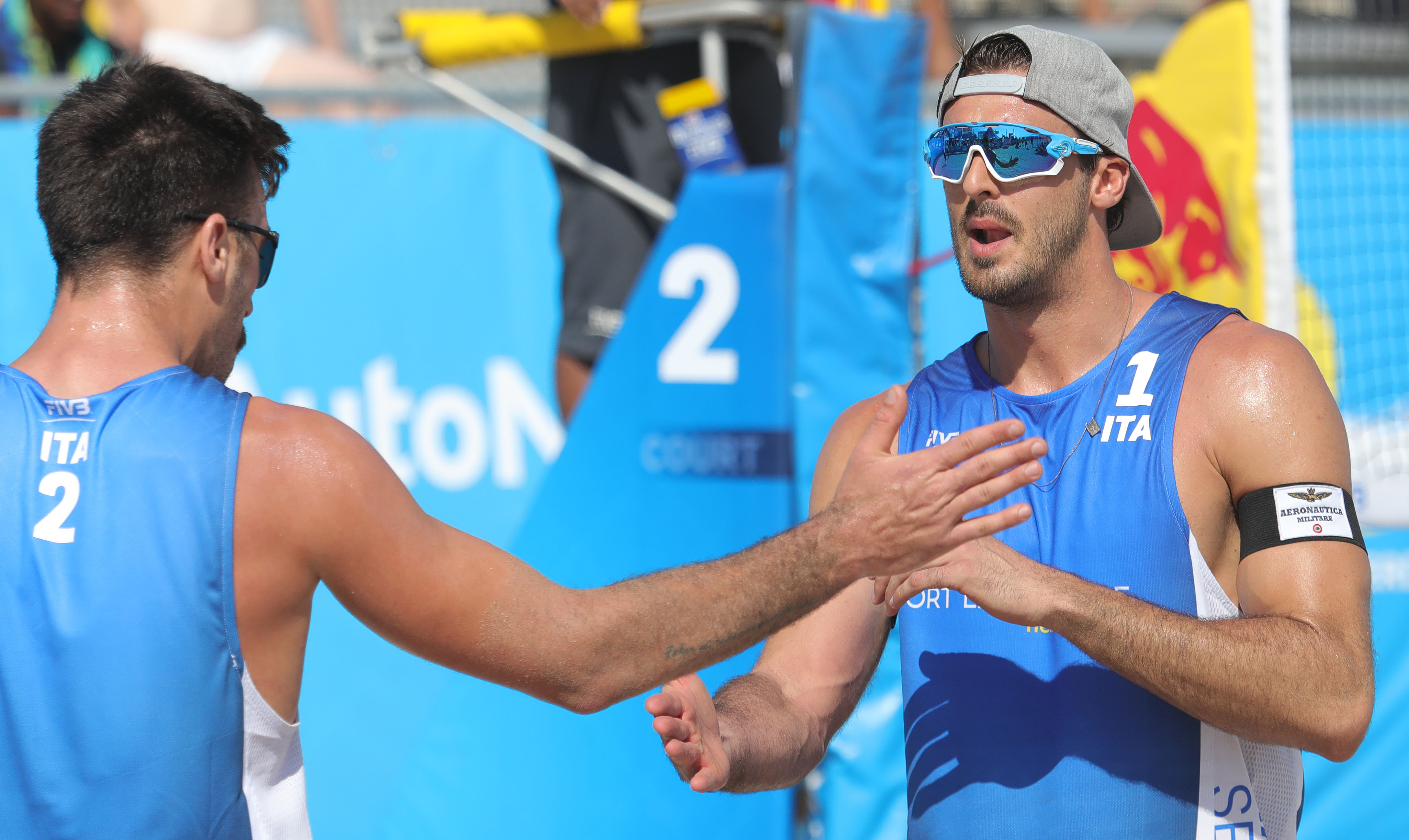 The Seeds No. 1 through No. 12 will be placed in each pool (Pool A to Pool L) in accordance with their respective seeding points. In the case there is a tie of the seeding points, then the sum of the athlete’s Technical points on May 27 will be used to break the tie. If there is still a tie, a drawing of lots will be organised to break any eventual ties in the seeding.

Quick links - Beach volleyball:
FIVB Beach Volleyball World Championships Hamburg 2019
FIVB.com - Beach volleyball
Facebook
Twitter
Instagram
As for the competition schedule, the women's event will feature pool play from June 28 through July 2 with elimination rounds starting on July 3 with the semifinals set for July 5 and the medal matches July 6. The men's schedule will start with pool play on June 28 through July 3 with elimination bracket play beginning on July 4. The men's semifinals will be July 6 followed by the medal matches on July 7.

In addition to capturing the $60,000 first-place prize, the men's and women's gold medal teams will secure a berth for their country in the Tokyo 2020 Olympic Games.