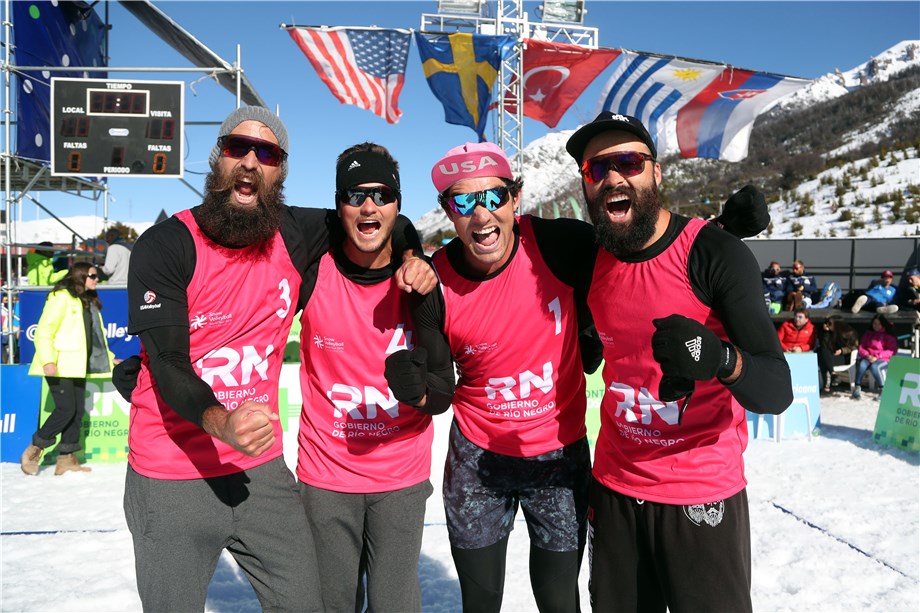 Among the four of them, the USA team had to work the most against the resilient Pablo Cardozo, Lucas Diaz and Gaston Baldi from Uruguay. Troy Field and the three McKibbin brothers controlled Set 1, then the South American side improved and even had a set ball of their own, but in the end the Americans finally reached the 2-0 (15-10, 16-14). 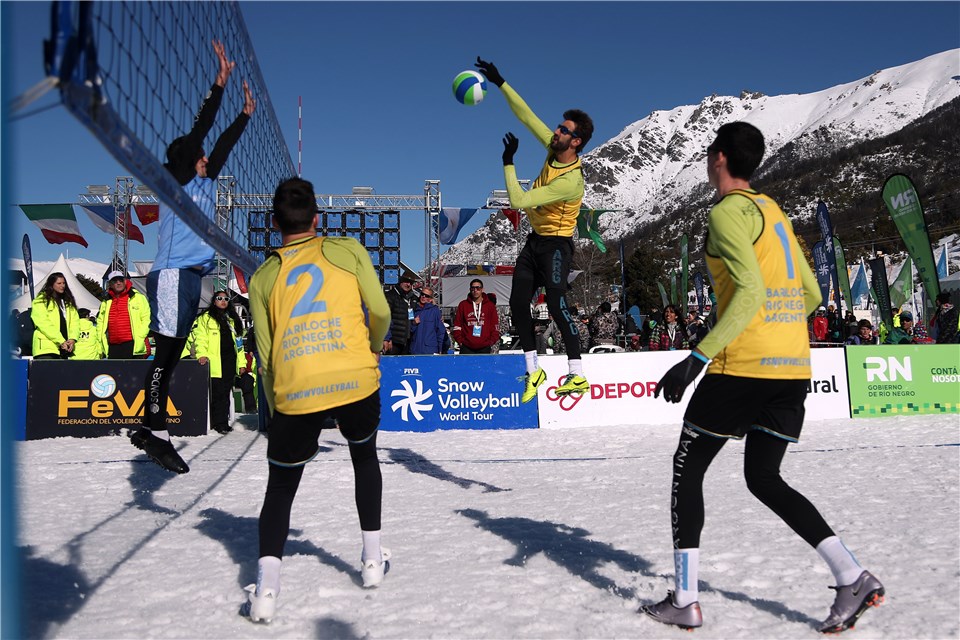 On the other side of the bracket, Argentina 2 took another step on their dream run in front of home fans, as Leo Aveiro, Fabrizio Satriano, Sebastian Fernandez and Ramiro Nuñez defeated Brazil’s Hevaldo, Vinicius and Arthur at a quite loud Court 1 by 2-0 (15-11, 15-7).
They will clash now against Russia’s Dmitri Barsuk, Yury Bogatov, Nikita Kuzmin and Petr Bakhnar, who were rock-solid to rule out Jan Schilling, Roberto Ordenes, Nicolas Meza and Tomas Schilling at the shortest quarterfinal match - only 18 minutes for a 2-0 (15-9, 15-8).
Be sure to watch the event on the FIVB's YouTube and Facebook accounts. The tournament will also be available on the Olympic Channel, NBC and Canal 7 in Argentina.