Lausanne, Switzerland, March 28, 2017 – This summer the beach volleyball world will descend on Austria’s capital for the Vienna 2017, FIVB Beach Volleyball World Championships which will run from July 28- August 6.

Lausanne, Switzerland, March 28, 2017 – This summer the beach volleyball world will descend on Austria’s capital for the Vienna 2017, FIVB Beach Volleyball World Championships which will run from July 28- August 6.
The tournament is set to provide the latest in line of great World Championship venues and iconic locations with a stadium constructed on Danube Island in the heart of the city.
Forty-eight teams per gender will take part in the 11th World Championships with the race to Vienna currently already well under way.
Two years ago the Netherlands 2015 edition was spread over four Dutch cities and came to a spectacular conclusion opposite the Dutch Parliament in The Hague where Brazilians Agatha Bednarczuk and Barbara Seixas won women’s gold and Alison Cerutti and Bruno Schmidt topped the men’s podium.

Twenty-three teams will qualify via the FIVB Beach Volleyball Rankings and a further 20 will be added from the five continental confederations at a rate of four per confederation. Austria, as host nation, are given two automatic berths and also a wildcard place per gender. The final three places per gender come from the FIVB’s wild cards.
Asia (AVC), Europe (CEV) and North, Central America and the Caribbean (NORCECA) confederations will use their beach volleyball tours as their qualification tournaments. The AVC Tour runs from December 1, 2016 to May 14, 2017, the CEV Tour finishes on May 28 and the NORCECA Tour runs from January 1, 2016 to April 30, 2017. 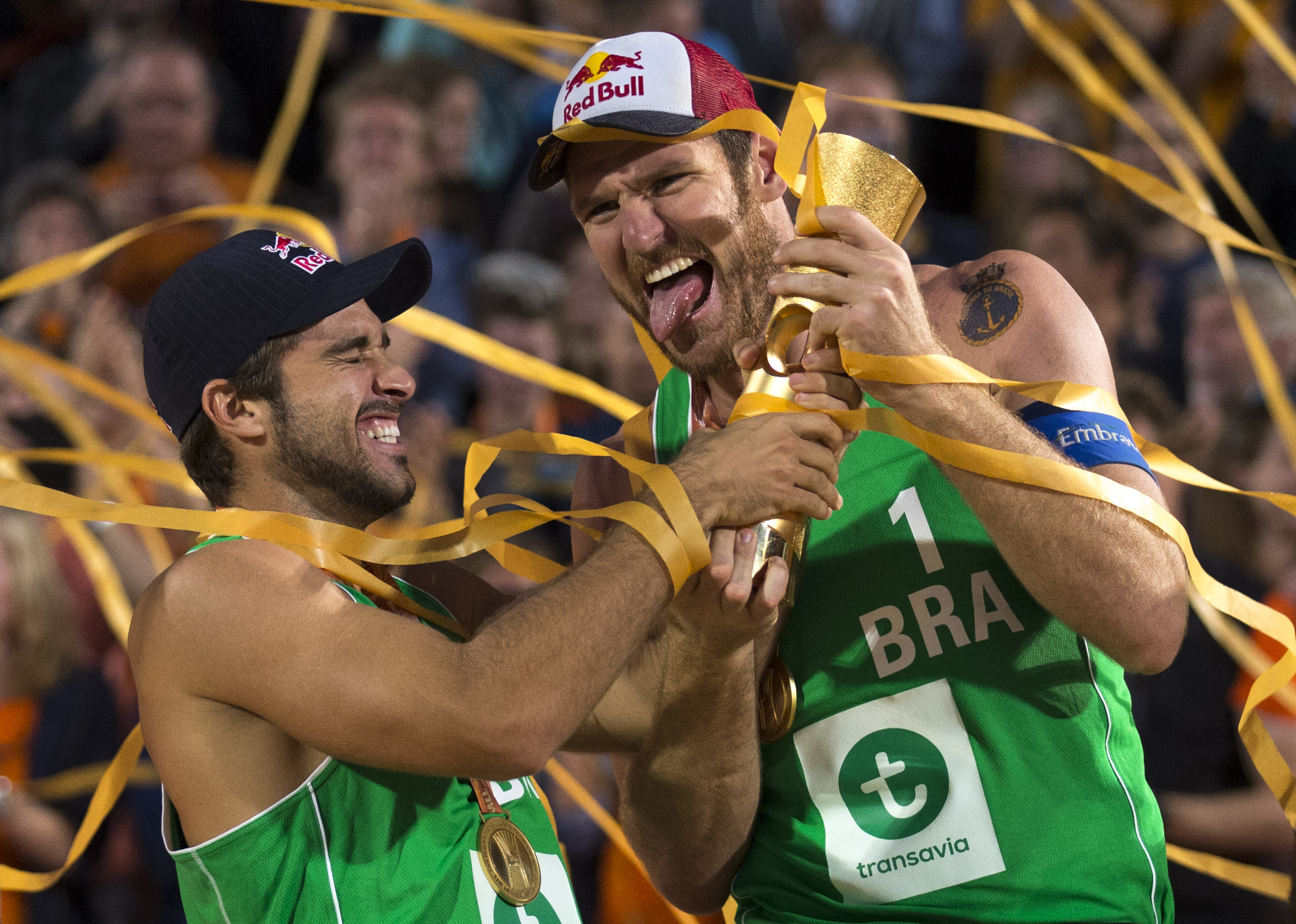 The South American (CSV) Tour that runs to May 28, 2017 will also be used for qualifying, though with the proviso of only one team per gender.
Qualification from the African confederation (CAVB) is split into two phases. After zonal group there will be two regional groups from where the two finalists in each group will qualify.