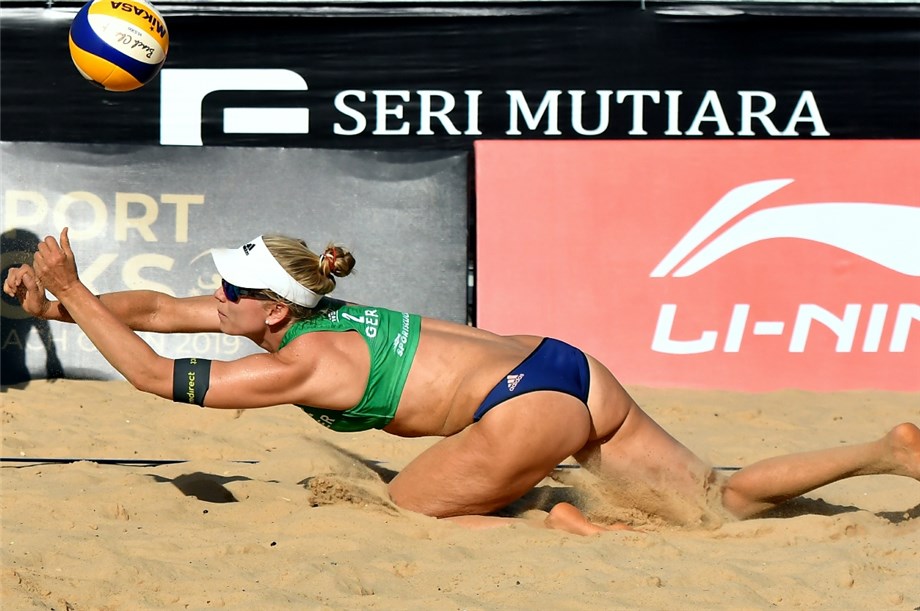 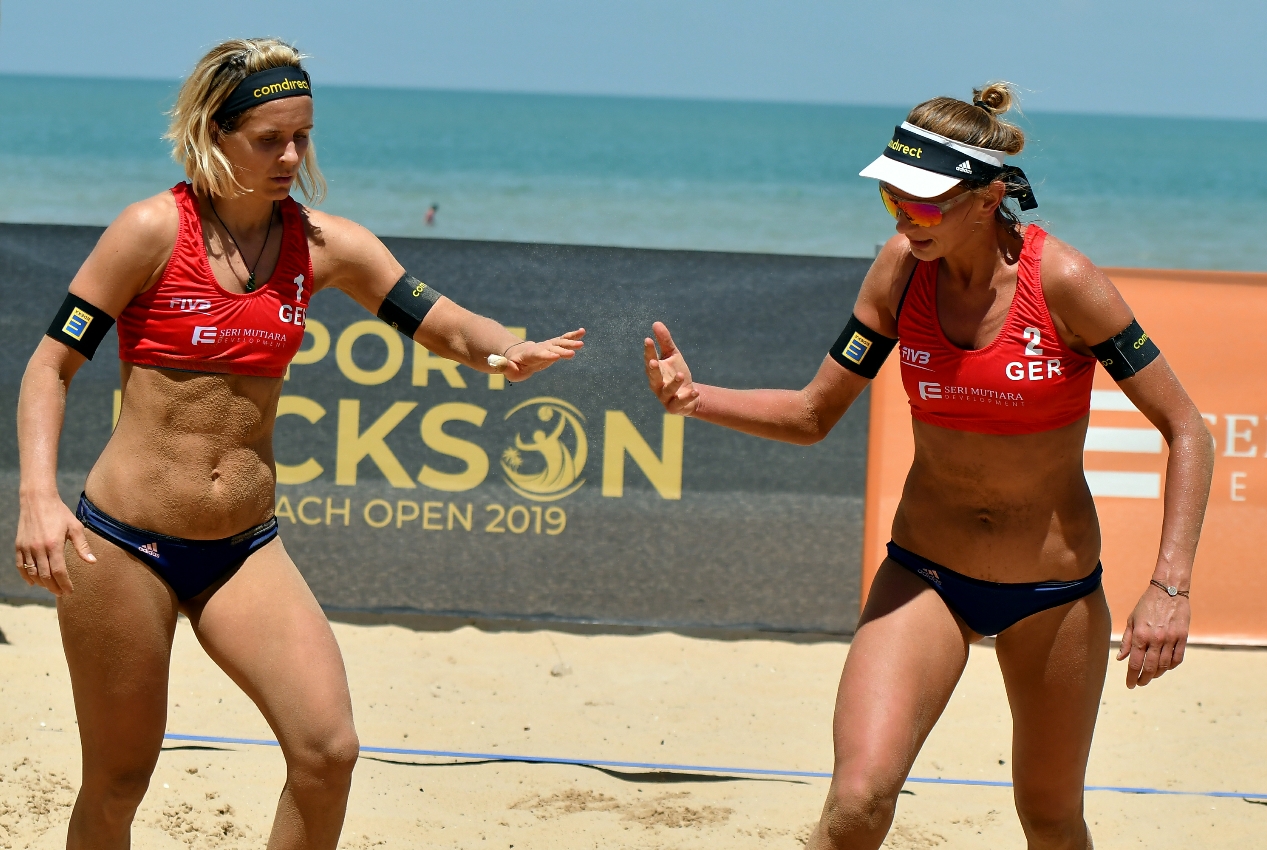 Laura Ludwig and Margareta Kozuch celebrate a point at the Port Dickson Beach Open
“I had a year break and I am really happy to be back because I miss the Tour, I miss the people and the competition,” Ludwig said. “I have a new partner and we are trying to play our best beach volleyball. We are going from game to game, tournament to tournament, so we can be at our best at the World Championships.”
“The World Championships is definitely worth watching because the best teams will be there to compete against each other. Hamburg is an amazing city and the people love beach volleyball.

“Of course winning at home would definitely be a big celebration for us. Whatever we do normally on the Tour - to bring it home where people do not need to travel far to watch us live, would be great for us. Our families, friends and fans will be there, so that’s something that I look forward to.”

Karla Borger: “Hamburg is a city where people enjoy watching beach volleyball. The atmosphere and the crowd are really something special. It’s a lovely city so it’s worth the trip to Hamburg and worth the trip to the World Championships.”

Isabel Schneider: “Hamburg is the best city for beach volleyball. Just imagine the amazing atmosphere when the World Championship is held there. We have really good German teams and we will fight there to give the crowd the best that they deserve.”

Philipp Arne Bergmann: “It’s going to be an amazing event in Hamburg this year. It’s the biggest beach volleyball event in the world besides the Olympic Games. There is going to be a great party and great sport. So people should not miss it.”