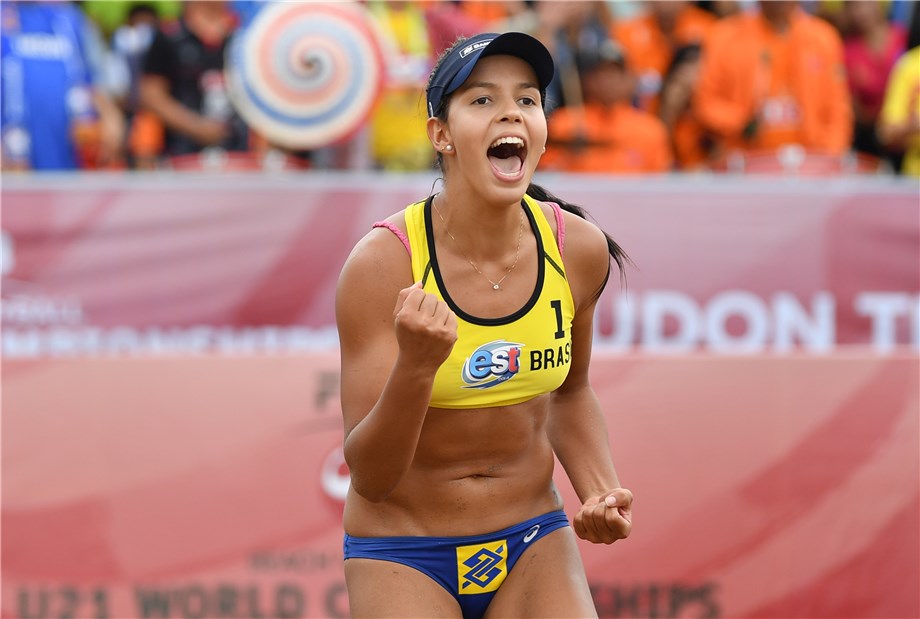 Lausanne, Switzerland, December 21, 2019 – Brazil teams maintained their remarkable record at U21 age-grade level when they topped the women’s and men’s podiums at the Thailand 2019 FIVB Beach Volleyball U21 World Championships.
Victoria Lopez Pereira and Vitoria de Souza won women’s gold, while Renato and Rafael Lima de Carvalho matched their success in the men’s tournament to ensure Brazilian teams won women’s and men’s gold at the same U21 tournament for a fifth time, and a third in succession.
Victoria and Vitoria beat Russia’s Buenos Aires 2018 Youth Olympic Games champions Mariia Bocharova and Maria Voronina 2-1 (17-21, 21-15, 15-13). 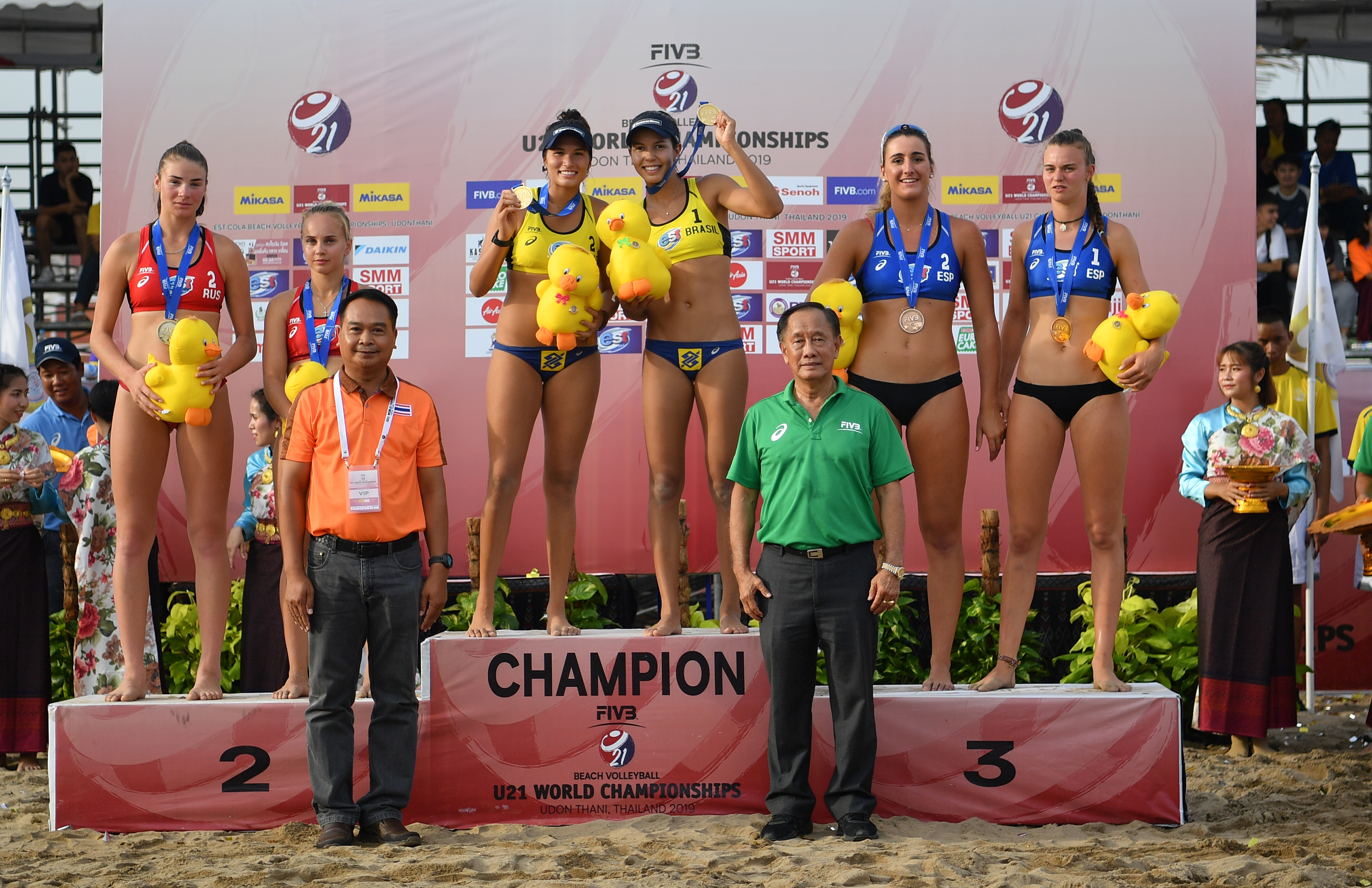 It was their second tournament together and was a vast improvement on their showing at the 2017 edition where they placed 33rd.
“It was a very difficult game, but we got our acts together towards the end,” Victoria said. “We didn’t do well on our serve in the first set, but we were able to play better in the next two sets.”
On the men’s side of the draw Renato and Rafael faced Italy’s Jakob Windisch and Alberto Di Silvestre and triumphed 2-0 (21-11, 21-15).
The gold was Renato’s second consecutive at U21 level, and Rafael’s first. 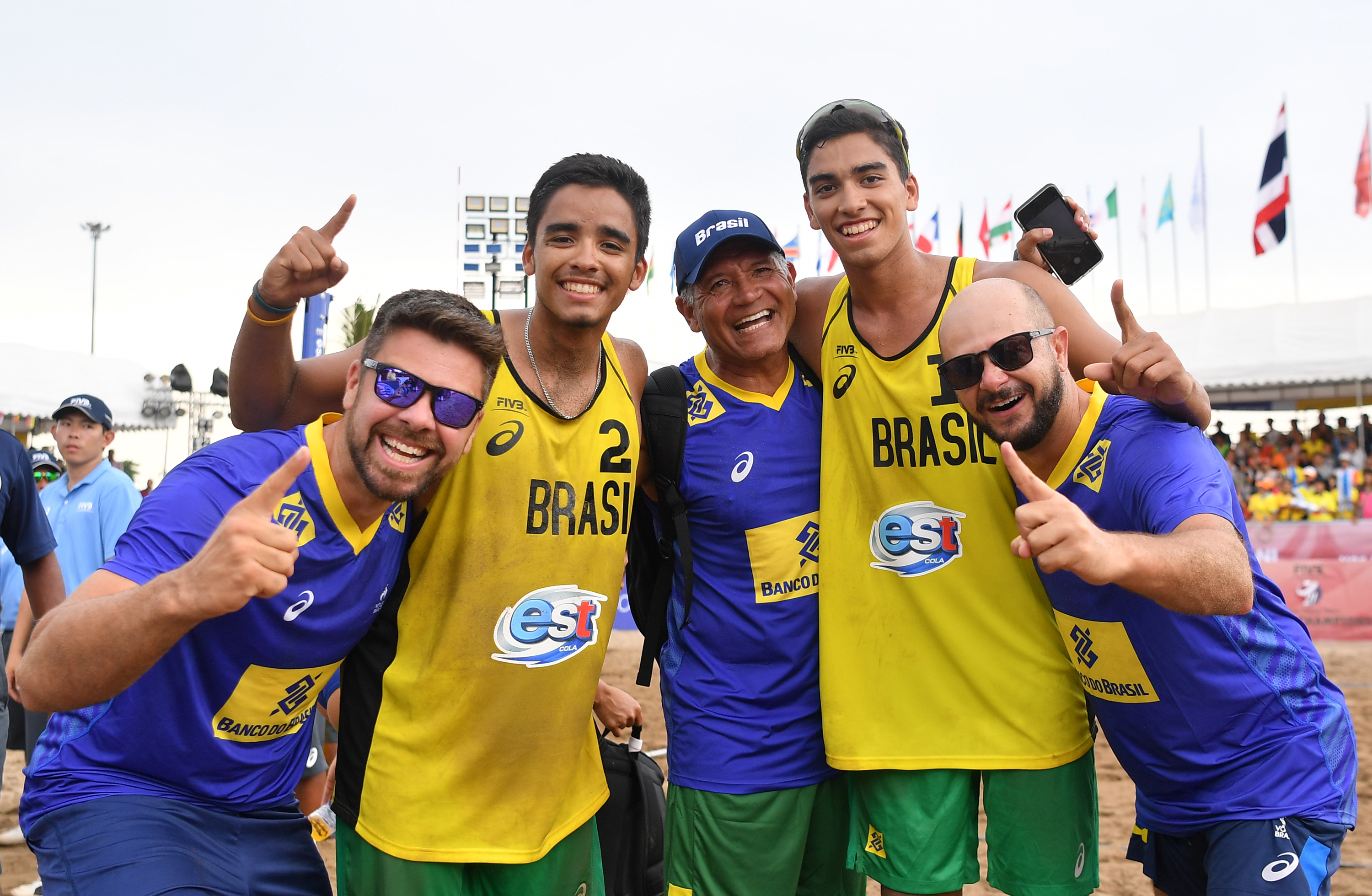 “I’ve been fighting for this medal for many years,” Rafael said. “I’ve been training so hard for this and finally I got this gold medal with my brother. It’s a dream come true.”
In the women’s bronze medal match Spain’s Maria Belen Carro and Daniela Alvarez held off Germany’s Svenja Muller and Sarah Schulz to win 2-0 (21-10, 21-18) and give Spain its first women’s podium placement at an U21 World Championship.
Mexico’s Miguel Sarabia and Raymond Gerald Stephens completed the podium line-up when they won bronze by defeating Russia’s Vasilii Ivanov and Sergey Gorbenko 2-0 (21-16, 21-0). 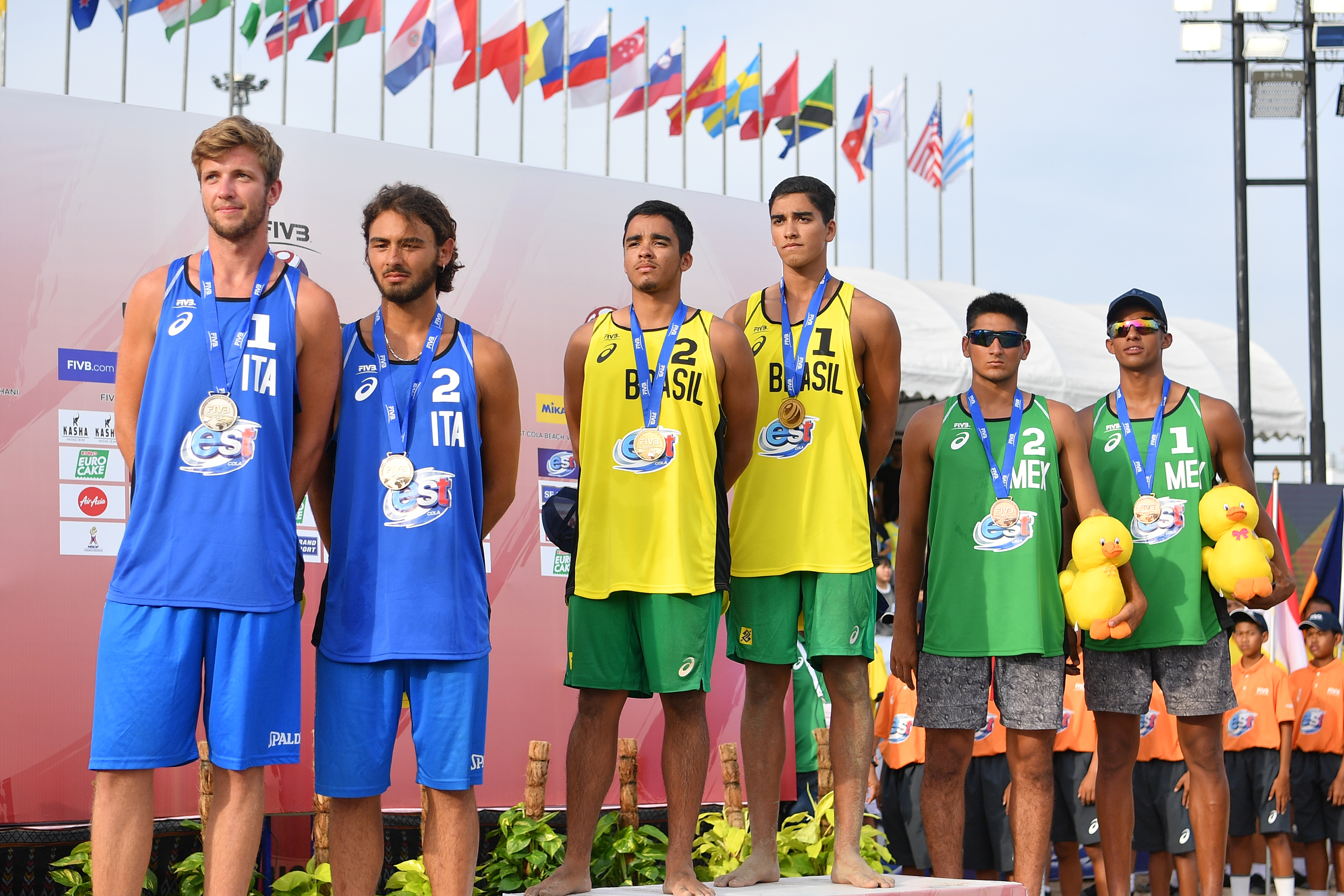