Young Latvians hoping to inspire the next generations 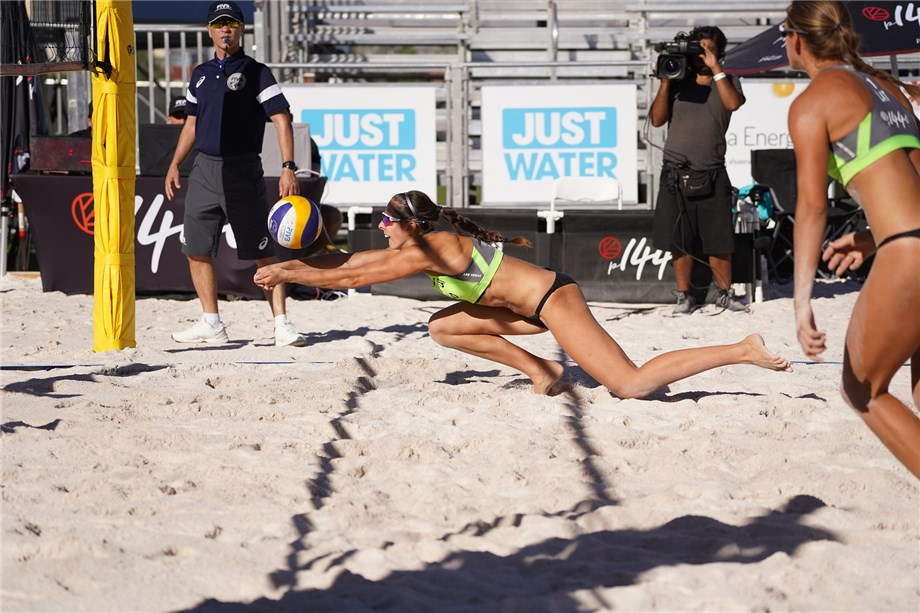 Las Vegas, USA, October 19, 2018 - Tina Graudina and Anastasija Kravcenoka have just completed their first Beach Volleyball World Tour full season and they are hoping their successful campaign inspires other tandems from Latvia to join them in their traveling around the globe in the future.
The duo, which is competing at the FIVB Las Vegas Open presented by p1440, had registered three top-ten finishes in the nine tournaments they competed at in the 2017-2018 season. Graudina, 20, and Kravcenoka, 21, have also captured silver medal at the European Masters in the Czech Republic and the U-22 European Championship in their home soil of Jurmala.
And they have started their 2018-2019 campaign with their best result to date, a fifth place at the four-star tournament in Yangzhou, China.
“Our progress has been gradual and we just had our best career-finish last week in China,” Graudina, the 2018 FIVB Rookie of the Year, said. “When we started we were at the bottom of qualification and now we’re a main draw team, so we’re happy about it. We’re excited for this season that’s just starting and looking forward to keep advancing.”
Currently the only Latvian female team to regularly compete internationally, Graudina and  Kravcenoka hope their success attracts other players to test the World Tour waters in the future.
“Internal competition would just make all of us better and even though it’s been nice not having to play country-quotas we’d definitely love to have other Latvian teams here,” Graudina added. “We have a lot of indoor beach volleyball facilities in Latvia and there are a lot of young girls playing there who could be here.”
“We hope that the same way we followed the footsteps of girls who played some years ago as Inguna Minusa and Inese Jursone they can see us as encouragement to move forward.” 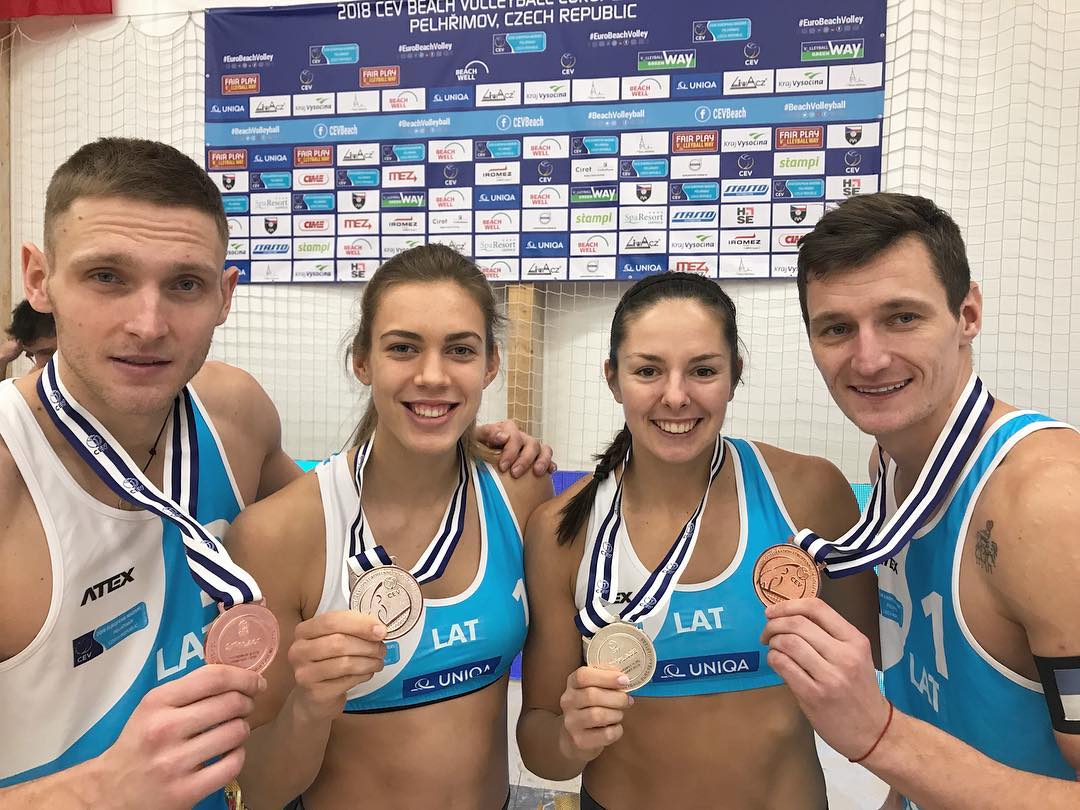 Graudina/Kravcenoka and Plavins/Tocs both won medals at the European Masters
But Graudina and Kravcenoka are definitely not alone in the World Tour. They enjoy a very close relationship with the country’s men’s teams of Aleksandrs Samoilovs/Janis Smedins and Martins Plavins/Edgars Tocs and it is not usual to see some of them helping them on warm-ups or cheering for them.
“We share the same coach, so we don’t really have an option, we need to be around them,” Kravcenoka joked. “But it’s great, they are not only our friends, but also our mentors. Both teams are among the best in the world and just to have them in front of us every day and see how they live and what they do, it’s a great learning experience for us.”
Quick links - Beach volleyball:FIVB Beach Volleyball World Tour - Las VegasFIVB.com - Beach volleyballLatest VideosFacebookTwitterInstagram