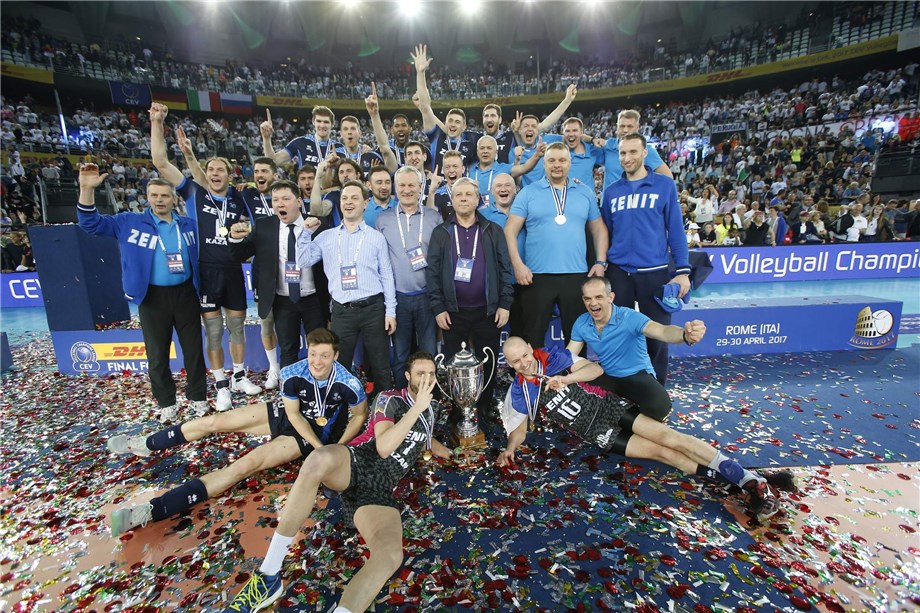 Rome, Italy, April 30, 2017 – Zenit Kazan didn’t hang around to win the 2017 CEV Volleyball Champions League – Men Final Four at the PalaLottomatica in Rome on Sunday by defeating Sir Sicoma Colussi Perugia 3-0 (25-15, 25-23, 25-14).
It is the third time in a row that the Russian side has won the top European club trophy and fifth overall following successes in 2008 and 2012. There was success too for opposite Maxim Mikhailov, who was named tournament MVP.

“There is actually no secret to our success,” Zenit Kazan coach Vladimir Alekno said. “Right now, our club is extremely well-organised and has the means to recruit some of the best players in the world. This is where our success comes from.
“I would like to say that it is not always that easy for the players and coaching staff to cope with the pressure since the expectations are always incredibly high and everyone expects us to win. Our fans and management perceive a second place like some kind of complete failure, so the pressure is always on us. I am of course happy with the result and this gold medal.” 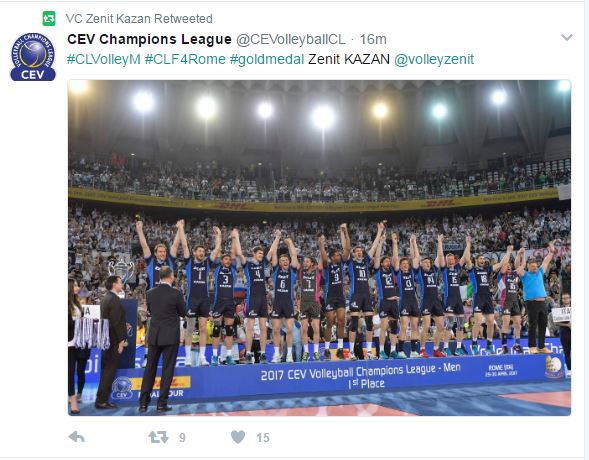